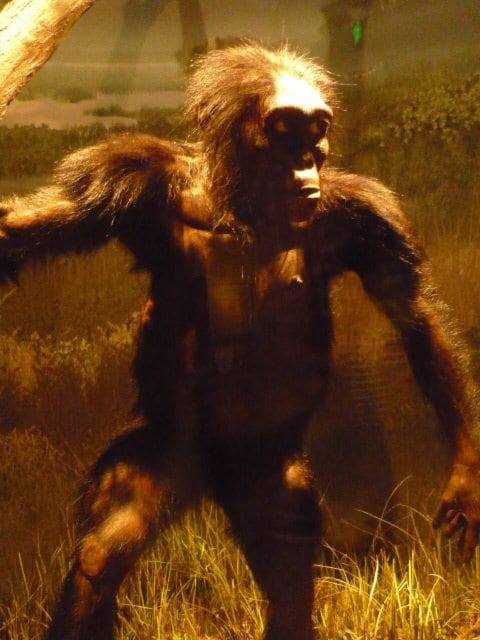 The news has been buzzing lately with news of a new transitional form in the history of humanity that, according to some reports, is “redrawing [our] family tree.” The discovery consisted of half of a mandible (lower jaw) and a few teeth. The new fossil find hails from Ethiopia in East Africa. Supposedly, this find pushes the ancestry of Homo back half a million years.

Many Christians are concerned about what this find means for biblical creation. But we do not need to be “children, tossed to and fro and carried about with every wind of doctrine, by the trickery of men, in the cunning craftiness of deceitful plotting” (Ephesians 4:14). Scripture is true, from the very beginning, and this new find should not shake our firm faith in God’s Word. One quotes says, “The Bible is an anvil that was worn out many hammers.” The true history recorded in God’s unchanging Word has survived attacks like this one and it will survive attacks to come.

When we hear of finds like this in the news, we need to put on our biblical worldview glasses and examine it in light of God’s Word. We know from the Bible’s history that all of life was created fully formed and functioning from the very beginning. Humans were created in God’s image (Genesis 1:27), the first man for the dust, the first woman from his rib. Humans did not evolve from ape-like ancestors over millions of years. Indeed, the Earth is only a few thousand years old. Earth’s past was marked by a global Flood 4,350 years ago through which humanity was reduced to eight individuals. After the Flood, humanity entered a new world that was still unstable from the after-effects of the Flood. After the rebellion at the Tower of Babel, mankind spread across the Earth. It is through this framework of history that we can properly understand Earth’s history.

Evolutionists have been interpreting the Ledi jaw as a transitional form on the path to human greatness. But what does the evidence actually suggest? Answers in Genesis’ writers Dr. Elizabeth Mitchell, Dr. David Menton, and Dr. Andrew Snelling write of the find, “Though its size is consistent with the smallest afarensis [extinct ape] jaws, it lacks numerous features common to all afarensis mandibles and teeth. Specifically, the bony opening (mental foramen) through which a major nerve and blood vessels emerge near the chin is not located in the normal afarensis position but rather in the position most commonly seen in both archaic and modern humans. The Ledi jaw lacks a hollowed-out depression on the jaw behind the premolars, something all afarensis have. Though the mandible’s vertical ramus is not present, its base is set farther back than it is in afarensis, in the position ordinarily seen in archaic humans. The jaw’s overall proportions match those of humans, not afarensis, and it lacks the constricted dental arch of afarensis. The tooth anatomy fails to match that of known afarensis specimens in many respects, and the overall slimness, shape, and wear pattern of the teeth match that seen in humans. And though like afarensis the Ledi jaw lacks the protruding chin of most modern humans, this feature varies considerably among archaic humans, so not having a prominent chin isn’t really diagnostic of an evolutionary relationship with the extinct ape, particularly in the face of the jaw’s many human, non-australopithecine anatomical features. Furthermore, though its chin does not protrude, the Ledi jaw does have the typically human midline keel where the two halves of the mandible are joined together at the chin.

Thus, while too incomplete to make a definitive judgment, this fossil appears to fit within the normal range of human variation, justifying its probable identification as Homo.” There is no reason to understand the Ledi jaw as belonging to a transitional form. The fragmentary evidence suggests the owner of this jawbone was a human, a descendant of Adam and Eve, just like us that was buried in a post-Flood catastrophe after the division at the Tower of Babel.

So why do evolutionists believe that this fossil is a transitional form from our supposed ape-like ancestors? Because they are desperate to find these missing links! They firmly believe that we evolved and so they interpret each find from that framework. Since this fossil was found in rock layers that are supposedly too old to contain modern human fossils the researchers automatically dismiss the idea that it could be a fully human fossil. What they believe about the past, determines how they interpret this find.

We can trust the true history recorded in God’s Word. They will never turn over a rock and find a fossil that, when properly understood, undermines God’s Word because God’s Word is true from the very beginning! 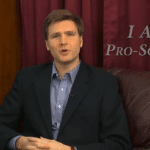 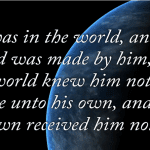