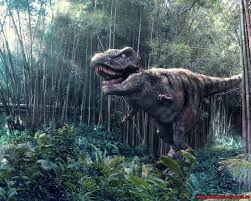 Randolph Schmid, an Associated Press science writer, recently wrote an article titled: “Scientists Study Evidence Modern Birds Came from Dinosaurs.” Schmid was reporting on work done by John M. Asara of Harvard and a team of researchers, who analyzed collagen found in a Tyrannosaurus rex bone. Schmid wrote: “It looks like chickens deserve more respect. Scientists are fleshing out the proof that today’s broiler-fryer is descended from the mighty Tyrannosaurus rex “(2008, emp. added). What evidence did Schmid present that exhibited “proof” of this allegedly evolutionary relationship?

Schmid offers his “proof” of this idea in the following sentence: “Now, bits of protein obtained from connective tissues in a T. rex fossil shows a relationship to birds including chickens and ostriches, according to a report in Friday’s edition of the journal Science” (2008). The Science article to which he refers reports an alleged molecular evolutionary relationship between T. rex and birds based on comparative studies of certain proteins (Organ, et al., 2008).

A critical analysis of Schmid’s “proof” reveals several egregious errors. First, it has been sufficiently and repeatedly proven that “molecular evolution” as inferred by similarities in protein sequences is riddled with errors and often presents results that fly in the face of evolutionary thinking (Knaub, n.d.; Parker, 2008).

Second, Schmid did not mention the comments made by 13 scientists published in Science that were critical of Asara’s research. Those scientists noted:

We used authentication tests developed for ancient DNA to evaluate claims by Asara et al….of collagen peptide sequences recovered from mastodon and Tyrannosaurus rex fossils. Although the mastodon samples pass these tests, absence of amino acid composition data, lack of evidence for peptide deamidation, and association of {alpha}1(I) collagen sequences with amphibians rather than birds suggest that T. rex does not (Buckley, et al., 2008, emp. added).

The authors further stated that they had reinterpreted the data presented by Asara, et al. and that “T. rex does not group with bird/reptile using either set of sequence alignments. More sequence is required for a full, model-based phylogenetic analysis” (Buckley, et al.,2008). In their concluding paragraph, they wrote: “We require more data to be convinced of the authenticity of the T. rex collagen sequences reported by Asara et al” (Buckley, et al.,2008). Asara attempted to answer these comments, but he could not adequately respond to the critiques made of his research (Asara and Schweitzer, 2008).

The closest Schmid came to acknowledging any of the scientific community’s disagreement was when he stated: “While the researchers were able to obtain just a few proteins from T. rex, they have now been able to show the relationships with birds” (2008, emp. added). Schmid’s article is typical of many popular-level science reports. His title claims something that the research does not prove, and the article shows a complete ignorance of the information that runs contrary to the alleged findings.

In truth, there is absolutely no “proof” that T. rex bears any evolutionary relationship with birds. Not only is the molecular analysis upon which the supposed relationship is based irretrievably flawed, even the evolutionary community is not satisfied that Asara, et al. provided enough molecular similarities to “prove” his case (although, as we have stated, such would not prove an evolutionary relationship). To add to Schmid’s confusion, it seems not to dawn on him or Asara’s team that the fact that they actually have collagen and usable proteins from a T. rex bone casts their entire millions-of-years dating scheme into complete chaos. If T. rex lived 68 million years ago (which it did not), there certainly would be no soft-tissue available to study.

Novel information that allegedly “proves” evolution is paraded across mass-media outlets on a regular basis. Let’s make sure that we critically assess the “proof” for what it really is—dishonest propaganda designed to sway public opinion toward evolution. 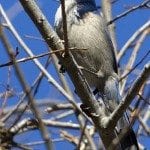 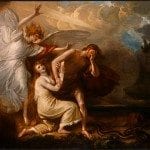