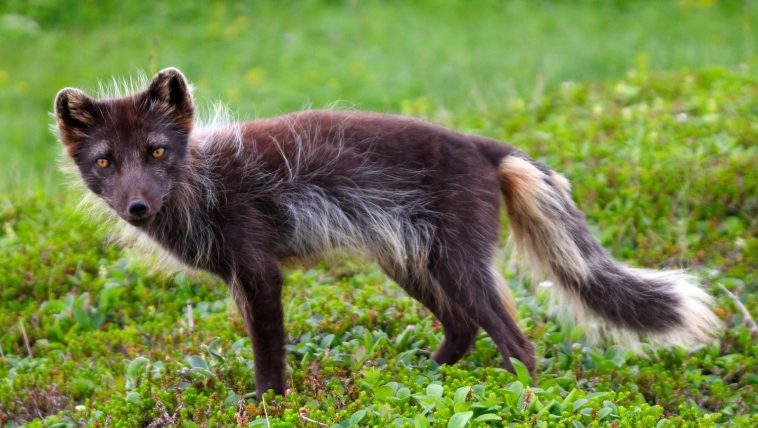 Let’s face it, if you want to take God out of the picture, evolution makes sense… until you look a bit closer. Yes, people who believe in evolution will tell you things that are actually wrong.

Natural selection can only help animals adapt to a certain environment. Example: The Arctic Fox has an excellent white winter coat that keeps out freezing cold that can go down to -70 below zero.  Its genes contained the information for that change. Only 6% of their body weight is fat in the summer months, but that amount increases to 30% in the winter. Also, in winter the Arctic Fox’s fur increases 140% in multiple layers on their bodies and extra fur grows on their feet.  Natural selection cannot change that fox to a higher animal. That fox will always be a fox.  Evolution states that all animals change from a lower form of animal and we know that evolution cannot happen in a world of observable science.

Natural selection simply describes the process that eliminates creatures that cannot adapt leaving only those that do.

Whales Used to Have Legs

People that believe in evolution often state that the ancestors of whales were elephant-like land creatures who, because of the rich food source of the oceans returned to the sea, lost their legs, and evolved flippers and flutes.

Then as proof of this event point out that in the abdomen of the whale there are four bones that are not connected to the spine. They will then claim that this is evidence that the whale used to have legs and walked on land. Actually, special muscles attached to these bones allow the whales to reproduce. These bones have nothing to do with walking on land. They have to do with producing baby whales.

The ‘Tree of Life’ is Evidence for Evolution

Biology textbooks often show pictures of a “tree of life” and leave the impression that the picture itself is now evidence of how evolution happened. Just because we can draw lines between different types of animals does not prove that they have a common ancestor or even any direct relationship.

Even if fossils are found in a particular order (and they often are not), this would not prove any relationship. If your pet hamster dies and you bury him in your back yard and then a few years later your cat also dies and his grave ends up on top of the poor hamster, does that mean they are related? Of course not, but that is how the tree of life was thought up.

In the minds of the evolutionists, you have to start somewhere (the base of the tree) and work your way up (the branches).  All of this is speculation and imagination.

When Darwin popularized the evolutionary theory, it was commonly thought that the cell was very simple and it made sense that it could have suddenly appeared out of a pool of water millions of years ago. Now through the science of molecular biology, we know that the cell is incredibly complex.

Scientists tell us that every cell is more complex than a large city with many systems working constantly and in perfect harmony. Just a few of these systems include

Even if one of these systems were absent the cell could not function. This means that the cell would have to suddenly appear with all systems working. The thought that this could actually be possible is ludicrous.

Fossils Give Evidence of Evolution

Evolutionists have developed a chart that shows how horses evolved. This chart, however, was proven wrong 50 years ago. In some places where horse fossils were found, two or more of the horse series have been found buried together in the same layer of rock. This indicates that they lived at the same time and were not distantly related transitions.

Think about it; as a bat was evolving and had smaller wings, it could not fly and it could not run.  There is no possible way it could find food or escape predators.

Complex Structures like the Eye can Evolve in Small Steps

In order to get students to believe that a complex structure such as the eye could have formed by chance, textbooks will often show examples of different types of eyes from reptiles, birds, and even light-sensitive spots from smaller creatures. Then they will arrange them in the order they choose claiming that this is an example of evidence as to how the eye evolved. Obviously, arranging things in some type of artificial order is not evidence for anything. God created each creature in the world with the eye it needed to survive in its environment. Each type of eye is incredibly complex and wonderfully designed.

The eye illustrates what is called irreducible complexity. If certain components in the eye are missing, it ceases to function.

You alone are the Lord.  You made the heavens, even the highest heavens, and
all their starry host, the earth and all that is on it, the seas and all that is in them.
You give life to everything, and the multitudes of heaven worship you.
Nehemiah 9:6 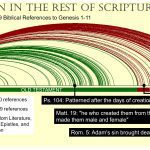 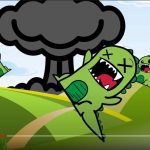