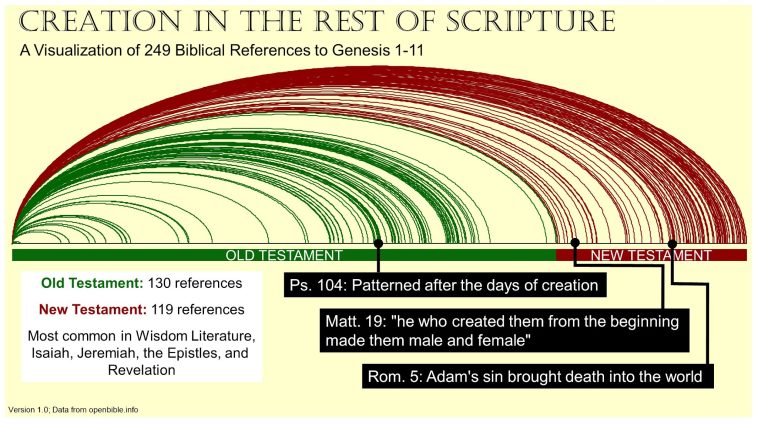 [Originally published as Friday Fact: Genesis in the Bible]

The rest of the Bible refers to Genesis 1-11 a LOT, and that’s a fact.

Sometimes I hear people say that the events recorded in those early chapters are rarely discussed in the rest of the Bible.  Supposedly, just a handful of key chapters make reference to them.

Except it’s way more than that.

Henry Morris in his book The Genesis Record lists several hundred references to Genesis in other books of the Bible.To generate the graphic above, I used 249 cross-references that I downloaded from OpenBible.info. Those references tend to link phrases together (like “heaven and the earth”), so I want to go through this verse by verse and make sure all the known cross-references are present and any dubious ones are not included.

This diagram only lists the raw connections, too. It doesn’t account for any of the important theology that is tied to creation, like the meaning of marriage or the origin of sin. The Bible is more than just numbers, but the numbers are still pretty cool.

Does the Bible connect back to the earliest chapters of Genesis?

Yes, it most certainly does.

Don’t let anyone tell you otherwise. 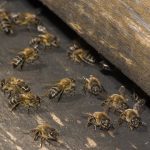 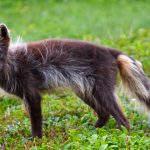