An Application of Kurt Gödel’s Incompleteness Theorems and the

Necessity of Reliance on God as the Foundation of Worldviews.

It is plausible that General Revelation should be very much like that printer language in the respect of incompleteness. Human knowledge can conceivably be expressed as a set where contained in this set are certain axioms (an assumed statement necessary for further knowing) and for this set are certain rules in this system by which other set elements (i.e. truth prepositions) can be derived and principles by which an element can be shown to likely belong in the system. One example of a rule for derivability in the system of human knowledge is Modus Ponens, one possible form of a deductive argument. A deductive argument shows that if the premises are true that the conclusion will also be true. This argument is of the form, If I disrespect my math professor then he will give me more assignments. I disrespected my math professor. Thus, he will give me more assignments. As an illustration of how human knowledge could be expressed as a set, let element A of the set of human knowledge be the statement cyanide kills mammals and let element B be the statement otters are mammals. Using our rule of Modus Ponens, we can derive element C which is the statement cyanide kills otters. This rule, among others, allows the set elements to interact with one another which may be enough to qualify it as a system bound by Gödel’s incompleteness theorem.

This means that given the similarity between the system of human knowledge and mathematical systems bound by Gödel’s incompleteness theorems, general revelation may be, like certain formal mathematical systems, either incapable of expressing every true statement or doomed to contain some prepositions and their negations both. Therefore, is not only much truth yet undiscovered, either much truth will hence be undiscoverable or some untruth will be expressed by the system as truth. Imagine how frail the system of human knowledge could be. What do we know? What do we know that we know? Do we even know that we can know? If we cannot, what does that even mean? If there is one thing that we can know from this (ironically) is that we must intellectually depend on God. According to David P. Goldman, for Gödel this incompleteness theorem “implies that we cannot give a credible account of reality without God” (Goldman). If there is one thing we can know, as Christians, it is that God exists and loves us immensely. Since there is only one thing that we can know, only one thing we must know, everything that we would wish to know must be built on the knowledge of God. Professors Richard Conn Henry and Stephen R. Palmquist said, “…a theistic view of our existence becomes the only rational alternative to solipsism” (Henry, et al.). Solipsism is the belief that “your own existence is the only thing that is real or that can be known” (Merriam-Webster). Consider, for example, the claim that the universe is ordered. Oh, really? Why should I believe that it is? Why can’t it be the case that behind a façade of order, the universe is fundamentally chaotic? God, the Creator of the universe, is a God of order as revealed in the Bible; by this I can know that the universe is ordered; ordered, if nothing else, by the sovereign will of God. Scientific pursuit of knowledge is possible only if the universe can be assumed to be uniform, yet this fact cannot be established on its own account. The nature of scientific laws are defined by their being true in every instance. However, there is no possible leap from observation of consistency to a law. Unless the universe is assumed to be uniform, a googolplex number of consecutive confirming instances in no way implies that the next observed instance will confirm a proposed law, as David Hume proved in his Problem of Induction. It is written (Proverbs 3:5;9:10), “Trust in the LORD with all thine heart; and lean not unto thine own understanding.…The fear of the LORD is the beginning of wisdom…” In this way, the knowledge of the person and nature of God acts also as a fundamental axiom allowing us to understand and interpret the world. He must be our rock and on Him we should build our worldview, unlike the foolish man who builds his worldview only on the shifting sands of man’s opinions and interpretations of: science, philosophy and history. 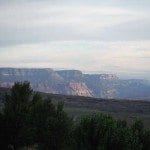