A BBC documentary with this title was aired on SBS-TV in Australia in April, 2012. In it, several cosmologists discuss ‘the unthinkable’—perhaps the big bang was not the beginning of everything after all. It seems that scientists have discovered a new law. Well, not actually new—just one that has been treated as if it didn’t exist for the last half century or so by ‘big-bangers’ such as Stephen Hawking, Roger Penrose, Paul Davies, Edwin Hubble, et al, namely the law of Cause and Effect.

The program explains that the concept of the big bang1postulates that “everything we see in the universe today—us, trees, galaxies, zebras—emerged, in an instant, from nothing. And that’s a problem. It’s all effect and no cause.” We are then given five different explanations from five different scientists concerning what this cause may (or may not) have been.

Prof. Michio Kaku and the meaning of ‘nothing’

The big bang postulates that everything we see in the universe today emerged in an instant from nothing. And that’s a problem. It’s all effect and no cause.

Dr Michio Kaku is Professor of Theoretical Physics at City University, New York. He asks: “How can it be that everything comes from nothing?” His solution: “If you think about it a while, you begin to realize it all depends on how you define ‘nothing’!”2

We are then shown a huge NASA vacuum chamber, the largest in the world—the nearest we can get to a state of nothing, but which still has dimensions (‘nothing in 3D’), and through which light can pass. Prof. Kaku tells us: “I think there are two kinds of nothing. First there is something I call absolute nothing: no equations, no space, no time, no anything that the human mind can conceive of, just nothing. Then there is the vacuum which is nothing but the absence of matter.”

The host then comments: “Prof. Kaku’s version of nothing is the perfect vacuum where on the face of it there is only energy. But in a perfect vacuum, energy sometimes transforms itself temporarily and briefly into matter. It is one of these tiny explosions that might have been going on and ended up in the big bang.”

The host: “For Prof. Kaku, the laws of physics did not arrive with the big bang. The appearance of matter did not start with the clock of time. His interpretation of nothing tells us there was, in short, a ‘before’. If he is right, there is an opportunity for a cause to have an effect, after all.”

The host continues: “The idea of the big bang was a very bold idea but it had problems. … Why is the universe as big as it is now? Who made it expand? What caused the explosion? The big bang was clearly a very special explosion. Ordinary explosions are messy. This one produced a universe that wasn’t messy at all. Our universe is, more or less, the same in every direction. It was an observation that required a radical explanation.”

The host: “Inflation was a pre-existing condition that has been there, well, for ever. For Prof. Linde, the big bang wasn’t really a starting point at all; he thinks that it was simply the end of something else. The universe appeared out of what he calls eternal inflation. Our universe is not the only one. There are others, all co-existing. He has counted them. There are ten to the power 10 to the power 10 to the power 7. His ideas of a multi-verse, as odd as they seem, are now within the scientific mainstream. For many cosmologists eternal inflation is in itself a reasonable explanation of what existed before our universe. For others it’s utter nonsense.” (Emphasis added.)

Dr Singh is a Distinguished Research Fellow at the Perimeter Institute for Theoretical Physics, Waterloo, Ontario, Canada. In the program he tells us: “The principal mathematical objection [to the universe expanding from nothing] is that as the clock is wound back and Hubble’s zero hour is approached, all the stuff in the universe is crammed into a smaller and smaller space. Eventually that space will become infinitely small. And in mathematics, invoking infinity is the same as giving up, or cheating.” (Emphasis added.)

His solution: “Instead of emerging from nothing, our universe owes its existence to a previous one that had the misfortune to collapse in on itself. Then, thanks to some clever maths, rebounded to what we see today. So the big bang was not a bang at all. It was rather a big bounce. … Of course it might all be nothing more than a fantasy world of maths and little else, and there’s always the nagging question of what started the infinite bouncing in the first place. It was certainly not the big bang. That is impossible.” (Emphasis added.)

Prof. Smolin is a researcher at the Perimeter Institute in Canada. We are told that his solution owes more to Charles Darwin than to Albert Einstein. It has been called ‘cosmological natural selection’. He believes that the universe had an ancestor which had another ancestor. According to this hypothesis, the universe was born inside a black hole.

Prof Smolin: “Before the big bang there was another universe much like our own. In that universe was a big cloud of gases. It collapsed to form a massive star. That star exploded. It left behind a black hole and in that black hole there was a region, if you were misfortunate enough to fall in, you would find it becoming denser and denser and denser. You wouldn’t survive this but imagine you did—then all of a sudden you would explode again and that would be our big bang.”

Dr Neil Turok is the Executive Director of the Perimeter Institute in Canada.3 He says: “There are essentially two possibilities at the beginning. Either time did not exist before the beginning; somehow time sprang into existence. That’s a notion we have no grasp of and which may be a logical contradiction. The other possibility is that this event which initiated our universe was a violent event in a pre-existing universe.

His solution requires ten special dimensions plus time. Dr Turok: “We live on an extended object called a brane (short for membrane). … You can’t have only one; there must be at least two, separated by a gap. These two branes collide. When they collide they remain extended; it’s not all of space shrinking to a point. … They fill with a density of plasma and matter, but it’s finite. Everything is a definite number which you can calculate, and which you can then describe using definite mathematical laws. That’s the essential picture of the big bang in our model.”

The host comments: “For many cosmologists this is mathematical sleight of hand.” (Emphasis added.)

The program then conveniently summarizes these ideas and asks which is correct:

Michio Kaku: Stop thinking of nothing as nothing, but rather just the absence of stuff.

Lee Smolin: Our big bang was simply the other side of a black hole in a galaxy far, far away.

The host: “They would be easier to dismiss as the half-baked musings of the lunatic fringe were it not for the fact that some of the very people who constructed the everything-from-nothing big bang model are themselves starting to dismantle it.”

Sir Roger Penrose is Professor of Mathematics at the University of Oxford. For many years he spent much of his time dismissing the idea of ‘before the big bang’. He now says: “The current picture of the universe is that it starts with a big bang and it ends with an exponentially expanding universe, where it eventually cools off with not much left except protons. … This very expanded universe is the equivalent to a big bang of another one. … This universe is one eon of a succession of eons. Each expanding universe accounts for the big bang of the next.”

The host adds: “Because of this a nearly infinitely large universe could just as well be the infinitely small starting point for the next one. A simplistic system with a ‘before’ and an ‘after’. Quite a bold thrust for a man who was until five years ago a pre-big-bang denier.”

We are then told that “in science ideas are just ideas until they are confirmed or denied by observations” and the program discusses how researchers are investigating gravity waves in an effort to observe the big bang itself.

The program concludes with Prof. Kaku telling us: “My parents were Buddhists. In Buddhism there is no beginning, no end, there is just nirvana.4 As a child I also went to Sunday school, where we learned that there was an instant where God said, ‘Let there be light.’ I kept these two mutually contrasting paradigms in my head, but now we can know these two paradigms together in a pleasing whole. Yes, there was a genesis. Yes, there was a big bang. And it happens all the time.”

Discerning viewers of this BBC program will have noticed several things:

When atheists reject the eternal truth of the Word of God in the Bible, we should not be surprised to find that their attempts to find alternative explanations fail to stand the test of time and evaluation by true scientific laws.

Christians who have tried to write the big bang into Genesis have problems. First, of course, it contradicts the Bible (e.g. the big bang has Sun appearing long before Earth; Genesis has Earth created before Sun). Second, all this rethinking and, frankly, confusion, makes one thing quite obvious. Namely, that building a theology of origins on an allegedly ‘assured’ and ‘scientific’ foundation such as the ‘big bang’ idea is in reality building it on shifting sand.

How much better to take Genesis at its face value (as indeed Jesus Christ Himself always did) and build one’s scientific models on the rock of Scripture. 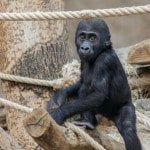 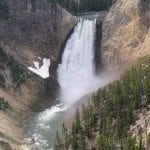