In just a few minutes, we consider a number of the main areas we look to when considering the claims of theism versus atheism. 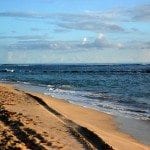