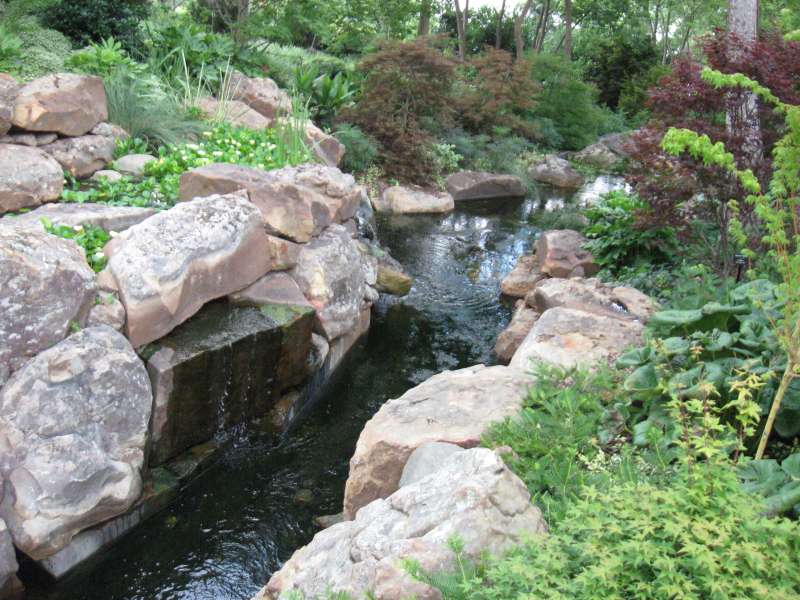 Shalom (peace)! I pray that our Father in Heaven gives you His Shalom today and that He will use you for His glory! Before I begin, I want to say a few things to help you understand who I am. First of all, I am by no means a preacher, teacher, scholar, scientist, etc. I am just a regular servant of my Messiah Yahshua (Jesus) who trusts, and tries to follow, His Word completely, from beginning to end.

Another thing before I begin. You may have noticed already that I use some Hebrew words. Why is that?
Well, there are 2 reasons why…

2. It is the language that the Scriptures where written in as well as the language that our Messiah and His Disciples spoke and read. I use their Hebrew Names, YHVH (the LORD, God) and Yahshua (Jesus), instead of the Greek or English names that have been supposedly ´transliterated´ because I believe that it is a sign of respect to use someone´s real, given name instead; especially when it is someone of honor, and even MORE so when it is the Creator of the Universe and the Savior of our lives!

In the beginning Elohim(God) created the heaven and the earth.

Now, you see, I believe that His Word is true from the Beginning to the End and that each and every Word is just as important (and in many cases, even more important) as when it was first written. Now, for you who believe that millions of years could fit into the Bible, we could go through all the theories about how millions of years could possibly fit into the Bible; but if you REALLY believe in the Bible, and REALLY believe that it is the only Inspired Word of our Creator, I have a question…

Why would our Creator, our loving Father, God, Almighty and Righteous Judge and King tell us in the very first chapter of His Word that He created the Whole World in 6 days and on the 7th day He rested, and then 5,800+ years later “show man through science” that the Heavens and Earth were really millions upon millions of years old. Wouldn´t that be contradictory to what He had originally said? Would that be honest and truthful? It might just be me, but I don´t think that our loving and Righteous Father, King, and Creator of the Universe would do such a thing!

Now, as for those who do not believe in the Bible and believe that we came out of some primordial soup that by some astronomical impossibility through a process of millions upon millions of years made life, and from that life made a tiny fish, and then a frog, and then a bird, and then a dinosaur, and so on and so on until we get to us today, I have one simple question.

Who has the blind faith, you or me???

Even evolutionists say as much:

Chance alone is at the source of every innovation, of all creation in the biosphere. Pure chance, absolutely free but blind is at the very root of the stupendous edifice of evolution. Jacques Monod, Nobel Prize-winning biologist

“It is not that the methods and institutions of science somehow compel us to accept a material explanation of the phenomenal world, but on the contrary, that we are forced by our a prior adherence to material causes to create an apparatus of investigation and a set of concepts that produce material explanations, no matter how counter intuitive, no matter how mystifying to the uninitiated. Moreover, that materialism is absolute, for we cannot allow a divine foot in the door.” Richard Lewontin, Harvard Geneticist/Biologist

“Considering the way the prebiotic soup is referred to in so many discussions of the origin of life as an already established reality, it comes as something of a shock to realize that there is absolutely no positive evidence for its existence.” Michael Denton “Evolution: A Theory In Crisis”

“The only competing explanation for the order we all see in the biological world is the notion of Special Creation.” Niles Eldridge, PhD paleontologist and Evolutionist, American Museum of Natural History
And here is a link to even more evolutionists freely admitting that they have no evidence to their theories at all, and that the ´evidence´ that they say they have isn´t really evidence at all: http://www.creationism.org/articles/quotes.htm 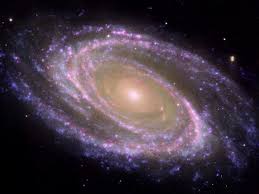 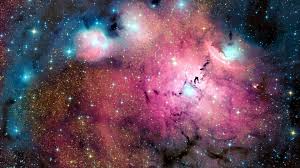 Tell me, how does something so beautiful, so majestic, and so incredibly complex ever come from some explosion? How can you not see with your own eyes that there HAS to be a Designer so much bigger and more amazing that anything we could ever know?! I cannot put into words how upsetting it is to see people look at all these amazing sights and say, “Oh, it was just a big bang that made that.” Or, “Oh, that just happened by chance over a period of millions of years.”

Again, I can´t make you change; only God through His Set-Apart Spirit can. But I want to let you know, I believe Him and His Word. I pray that He will appear to you, and that He will show you that He is real, that He exists, and that He is Creator of all of heaven and earth.

I believe in a literal 24 hour, 7 day creation cycle because I believe that He is faithful, and never says anything in His Word that will confuse us, or that is too difficult to understand; and that it is the Adversary (Satan) through our earthly nature who attempts to blind and confuse us, so that we cannot see the truth of His Word around us. However, if we allow YHVH to be first in our lives, repent from our past evil deeds, and ask Him to take the blinders off our eyes and allow us to see His great Creation, I guarantee you that He will, no matter how young or old, great or small. I pray that He will open your eyes to the amazing things that He has made in the Universe, from the gigantic galaxies in the Universe to the tiniest of atoms that make up the human body; and that you will be able to see that there is no possible way that all of this could be made by chance that there is no way that it took millions of years thorough some big bang; and that you will see that He is truly the Creator and the Intelligent Designer of the entire universe and of you and me.

I will end with a message from the Creator of the Universe to a man named Job, and I pray that each and every one of us put ourselves in Job´s shoes when HE says:

3 Gird up now your loins like a man; for I will demand of you, and you answer me.
4 Where were you when I laid the foundations of the earth? declare, if you have understanding.
5 Who has laid the measures thereof, if you know? or who has stretched the line upon it?
6 Whereupon are the foundations thereof fastened? or who laid the cornerstone thereof;
7 When the morning stars sang together, and all the sons of Elohim(God) shouted for joy?
8 Or who shut up the sea with doors, when it broke forth, as if it had issued out of the womb?
9 When I made the cloud the garment thereof, and thick darkness a swaddling band for it,
10 And broke up for it my decreed place, and set bars and doors,
11 And said, Hitherto shall you come, but no further: and here shall your proud waves be stayed?
12 Have you commanded the morning since your days; and caused the dayspring to know his place;
13 That it might take hold of the ends of the earth, that the wicked might be shaken out of it?
14 It is turned as clay to the seal; and they stand as a garment.
15 And from the wicked their light is withheld, and the high arm shall be broken.
16 Have you entered into the springs of the sea? or have you walked in the search of the depth?
17 Have the gates of death been opened to you? or have you seen the doors of the shadow of death?
18 Have you perceived the breadth of the earth? declare if you know it all.
19 Where is the way where light dwells? and as for darkness, where is the place thereof,
20 That you should take it to the bound thereof, and that you should know the paths to the house thereof?
21 Do you know, because you were then born? or because the number of your days is great?
22 Have you entered into the treasures of the snow? or have you seen the treasures of the hail,
23 Which I have reserved against the time of trouble, against the day of battle and war?
24 By what way is the light parted, which scatters the east wind upon the earth?
25 Who has divided a watercourse for the overflowing of waters, or a way for the lightning of thunder;
26 To cause it to rain on the earth, where no man is; on the wilderness, wherein there is no man;
27 To satisfy the desolate and waste ground; and to cause the bud of the tender herb to spring forth?
28 Has the rain a father? or who has begotten the drops of dew?
29 Out of whose womb came the ice? and the hoary frost of heaven, who has gendered it?
30 The waters are hid as with a stone, and the face of the deep is frozen.
31 Can you bind the sweet influences of Pleiades, or loose the bands of Orion?
32 Can you bring forth Mazzaroth in his season? or can you guide Arcturus with his sons?
33 Do you know the ordinances of heaven? can you set the dominion thereof in the earth?
34 Can you lift up your voice to the clouds, that abundance of waters may cover you?
35 Can you send lightnings, that they may go, and say to you, Here we are?
36 Who has put wisdom in the inward parts? or who has given understanding to the heart?
37 Who can number the clouds in wisdom? or who can stay the bottles of heaven,
38 When the dust grows into hardness, and the clods cleave fast together?
39 Will you hunt the prey for the lion? or fill the appetite of the young lions,
40 When they couch in their dens, and abide in the covert to lie in wait?
41 Who provides for the raven his food? when his young ones cry unto El, they wander for lack of meat.

May YHVH show you who He is and that He is truly the Creator of Heaven and Earth and may you be ready for the times which are fast approaching.

Until next time…
Shalom! 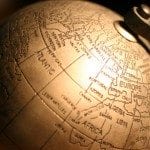 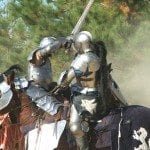