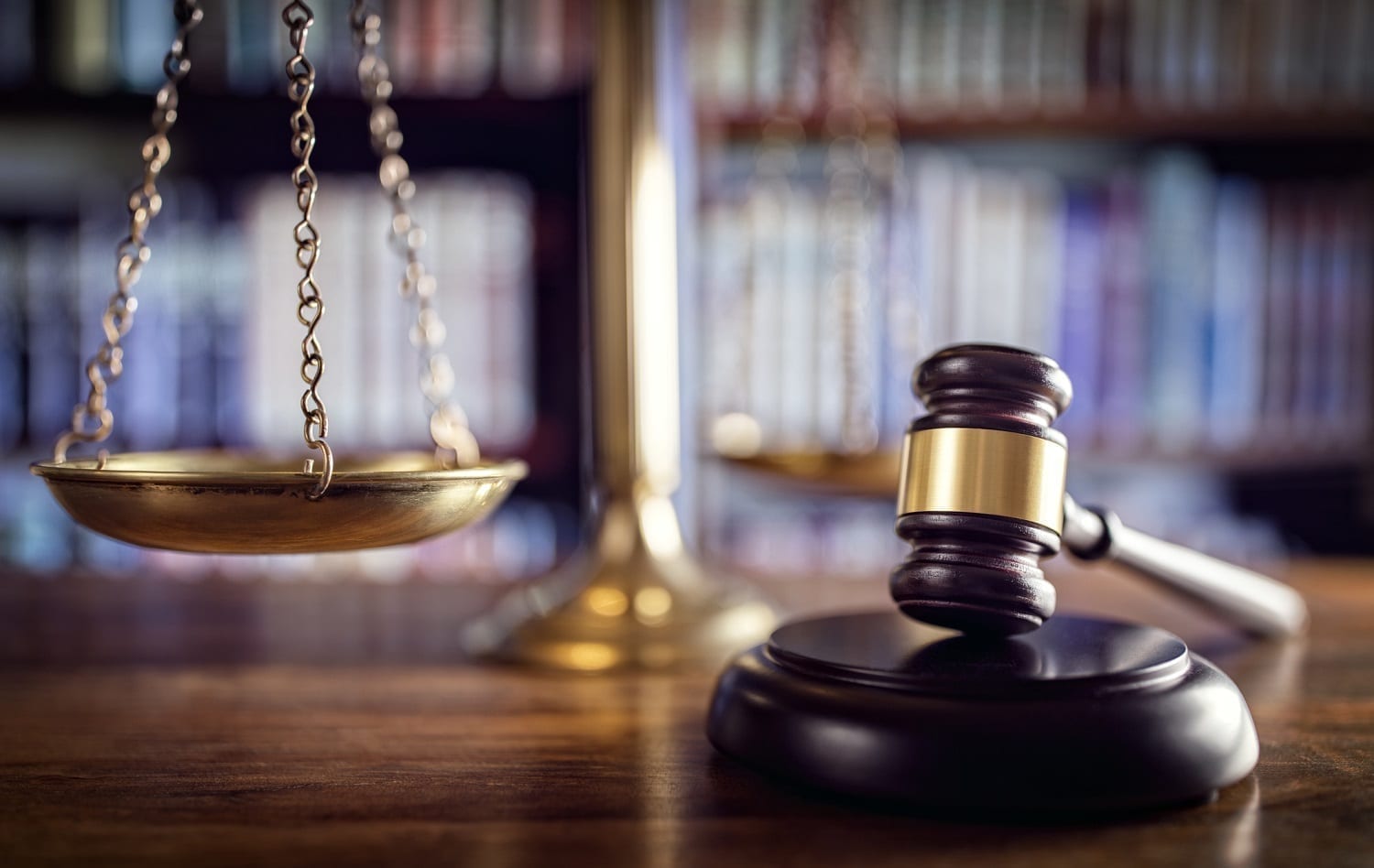 [Originally published as On the Place of Evidence in Presuppositional Apologetics]

If there’s one thing I’ve learned in my time studying theology and apologetics, it’s that there is much division within different camps of Christian belief. This is not necessarily bad, nor is it unexpected (Matthew 10:34), but it does complicate things.

This is why—as I’ve written on before—I think it’s always best to drive any conversation with questions.

To summarize my point, questions allow you to discover what others truly believe.

Nevertheless, I often experience these challenges due to my acceptance of controversial doctrines such as young earth creationism and presuppositionalism. With respect to the former, I’ve even begun using different terminology (i.e., “young age creationism”) to separate myself from the “pack.” Not only does this free me from much of the baggage often associated with the term “young earth creationist,” but it catches people off guard and causes them to ask questions about my view.

I welcome this because it allows me to clear up confusion on my own terms. However, I’ve not yet found a succinct way to do this with respect to presuppositionalism.

Broadly speaking, presuppositionalism is the view that, since the biblical God provides the necessary preconditions to make our experience intelligible, any reasoning used to argue against his existence must be self-defeating since it relies on the very things only Christianity can account for—things like logic, the orderliness of nature, meaningful moral claims and categories, etc. And in virtue of this, all argumentation should center around the absurdity of non-Christian views, rather than the evidence for Christianity.

Now, the fact that Christianity supplies the necessary “preconditions of intelligibility” is something everyone in the other most popular “camp” of apologetics—evidentialism—agrees with.

However, the evidentialist wants to affirm that the unbeliever can use his reasoning capacity to weigh the evidence for and against Christianity, and come to a decision on his own about whether he thinks Christianity accurately explains reality, and whether or not to put his trust in Christ.

There is a soteriological1 element in play here as well, but I’m going to table that issue right now. For more on my personal soteriological view, see here.

For now, suffice it to say that I am not a presuppositionalist because of my soteriology, but rather, because I believe this is how the Bible instructs Christians to defend the faith. In other words, my apologetical stance derives not necessarily from my soteriology, but from my understanding of Scripture nevertheless. This, you can read about here.

The purpose of this article is to clarify my particular view of presuppositional apologetics, with an emphasis on how I use evidence within a presuppositional context. I believe the method I describe here remains biblically faithful, while avoiding the connotation that all presuppositionalists do is “quote Bible verses back at you.”

Before discussing the nature and necessity of evidence, a brief excursus is in order.

There is a popular presuppositional apologist who is known for his tendency to shutdown conversations in an instant using something like the above line.

He’ll remain nameless within this article, but just a little research would lead you to his work. Frankly, I like the guy. He is, I believe, a dear brother in Christ, and not for one moment do I care to disparage him or his reputation.

That said, I am not obliged to agree with the doings of each and every person I like and respect, and I do happen to take sharp disagreement with his application of presuppositional apologetics.

This practice has led to harsh critiques against the view, especially centering around religious epistemology. For example, Christian analytical philosopher Tim McGrew has taken Cornelius Van Til—responsible for widely advancing the presuppositional view—to task on a number of points, and raises objections to the view in his contribution to Four Views on Christianity and Philosophy.

Ken Ham (Answers in Genesis—a presuppositionalist) and Dr. Richard Howe (Southern Evangelical Seminary—an evidentialist) have faced off on the issue in a series of recent public exchanges.

I am not formally trained in epistemology, and therefore I rely on what the Bible reveals about the nature of knowledge and how we come to obtain it.2

Ultimately, then, my conviction about the true nature of knowledge does not stem from philosophical inquiry, but rather, theological inquiry. Don’t misunderstand me—I value the enterprise of philosophy, including the philosophy of knowledge, but my primary commitment is to God’s Word.

And I believe God’s Word calls for a presuppositional approach.

However, I do not advocate for a sort of “infinite regress” in argumentation, whereby the discussion never moves past the question, “How do you know?”

I think evidence can be used in these discussions, and in such a way that is biblically faithful to the presuppositional approach.

To unpack that, let’s first examine the nature of evidence.

The Nature of Evidence

Information presented as facts which either support or oppose a suggested proposition.

Have you ever heard the phrase, “the evidence speaks for itself”?

Sadly, many folks go about believing that evidence is ipso facto authoritative; that is to say, that evidence is capable of settling a dispute absent any interpretation. But this is not how evidence works.

Consider the scenario of a courtroom and our American judicial system

We have a judge, a jury, a prosecuting attorney, a defense attorney, expert witnesses, etc.

If evidence “spoke for itself” how many of these roles would be necessary? It seems to me that nothing more than a judge would be required, and his job would merely be to pass the sentence. We might allow for an expert witness to help the judge understand what the evidence is obviously and objectively “saying,” but it seems to me the jury and the two attorneys are unnecessary.

The reason the jury and attorneys are necessary is precisely because evidence can be interpreted based on any number of factors. One such factor is the overall narrative within which the evidence is presented. Each attorney creates a narrative they effectively “sell” to the jury, within which they interpret the evidence. Ultimately, whichever narrative yields a better interpretation of the evidence (or so it should go), wins.

Another problem with evidence “speaking for itself” is obvious; namely:

An abstraction such as “evidence” speaking vocally is okay in poetic literature, but when used in what is supposed to be rational argumentation, to suggest that evidence speaks is to commit the logical fallacy of reification. Thus, accuracy and intellectual honesty force us to admit that evidence doesn’t say things, people who interpret evidence do.

But now we’re left with the uncomfortable reality that people are often not objective, and they certainly are not neutral. Along with their interpretation they bring years of experience, pre-commitments, and philosophical ideas that may or may not be correct (or even reasonable).

Put another way (and to my above analogy), people interpret evidence within a narrative which they’ve been sold—or, a worldview.

One is quite unlikely to accept evidence that does not fit within their overall paradigm of interpretation. Thus, one who has bought into their “narrative” hook, line, and sinker will often posit any rescuing device—no matter how absurd it sounds—if it allows them to preserve their view.

As an example, consider famed skeptic and biologist, Dr. Richard Dawkins. Professor Dawkins does not accept what he calls “The God Hypothesis.” How might the nature of evidence be at work in his situation?

Well, when pressed to offer suggestions as to the origin of life on our planet, for example, a transcendent Creator (i.e., the God of the Bible) won’t do. Instead, he’s on record suggesting that perhaps life on our planet was seeded by aliens—a view known as Panspermia.

Of course, we have absolutely zero evidence, as of today, that aliens exist. In contrast, we have loads of evidence for the existence of a transcendent Creator. Now, that is not to say that Professor Dawkins accepts this evidence, but this is precisely my point.

Dawkins has a worldview that the Christian God does not fit into; therefore, there must be another explanation, no matter how irrational it may be.

As another example, the latest atheistic “rescuing device” amounts to the “science of the gaps” argument.

“I don’t know, and you don’t either, but one day science will tell us!”, the naturalist exclaims.

Never mind the fact that this too is a reification fallacy (since science doesn’t say anything), it’s also an extremely closed-off view. We have objective evidence for the inference of design in nature, but such evidence is also dismissed as a byproduct of evolution! None other than Dawkins himself claims that we do see design in nature, but it’s nothing more than a psychological trick played on our minds by the “blind watchmaker,” evolution.

If what I’ve argued here is true, then the only logical conclusion is that evidence—by itself—can’t settle any debates. There is always something one can appeal to dig their heels into their pre-existing views.

It appears, then, that the real discussion must take place at a different level in order to make any meaningful headway. 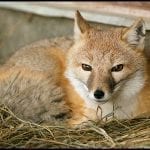 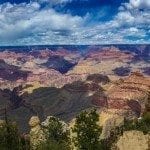