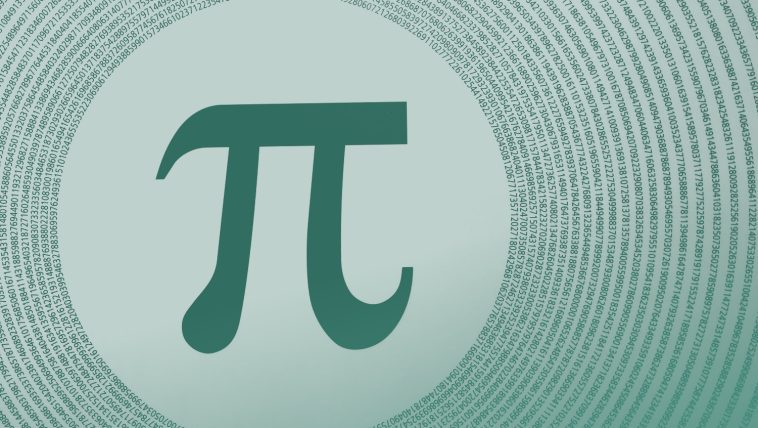 Amazingly, the number of rational numbers is the same infinity as the counting numbers. A rational number is any number that can be expressed as the ratio of two integers, as in a/b.

In fact, there are an infinite number of rational numbers between any two counting numbers. Yet, we can demonstrate from logic that the two sets are the same size. We again do this by showing that there is exactly one positive integer for each rational number.

This can be demonstrated geometrically as follows. 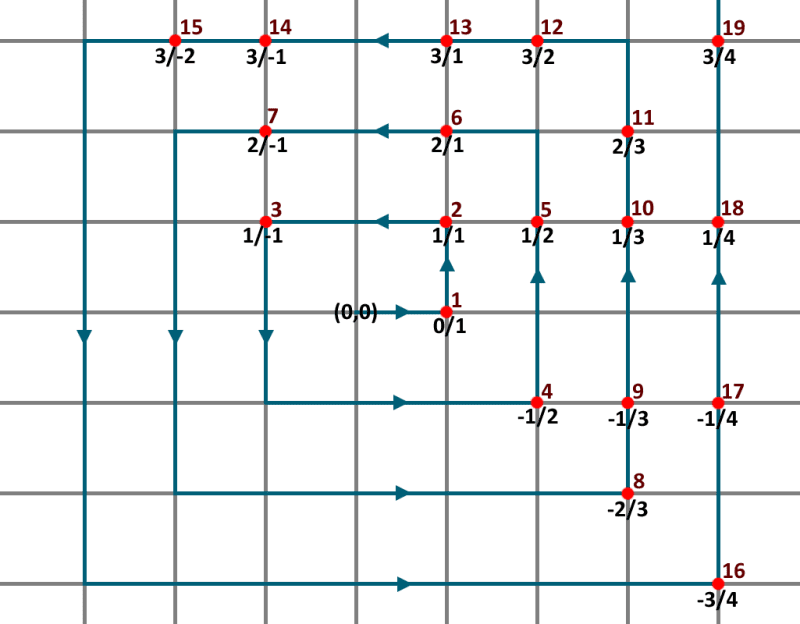 We then move left two spaces and assign the next counting number, then down two, then right three, and so on, forming a rectangular spiral pattern (as shown in blue), stopping at each pair of integer coordinates.

They are the same infinity!

The strangeness of infinity is illustrated in a delightful paradox first proposed by David Hilbert in 1924.

An additional guest shows up and requests a room. We might at first think that no rooms would be available in a fully occupied hotel. And this would indeed be the case for a hotel with a finite number of rooms. However, the hotel manager is able to accommodate the request by asking each guest to move to the next room. That is, the person in Room 1 moves to Room 2, the person in Room 2 moves to Room 3, and so on.

Since there is no “last” room in an infinite hotel, each guest is able to do this, which leaves Room 1 empty and available for the new guest.

But suppose an infinite number of additional people show up the same evening. Each room in the hotel is already occupied, and yet the hotel manager is again able to accommodate the new visitors in the following way. He asks each person already in a hotel room to move to the room that is twice the number of the current room. So the person in Room 1 moves to Room 2, the person in Room 2 moves to Room 4, and so on. This leaves all the odd-numbered rooms unoccupied. And since there are an infinite number of odd rooms, each of the new visitors is assigned to one of these rooms and the hotel is again fully occupied.

The infinity we have discussed so far is countable. Countable means that if you started counting 1,2,3,4, and continued forever, you would eventually hit every positive integer. This is the smallest possible infinity.¹  Its “size” or cardinality is represented by the Hebrew letter aleph with a subscript zero (א0), and pronounced “aleph naught.”

One example of an uncountable infinity is the quantity of real numbers.

Perhaps the most well-known irrational number is pi: the ratio of the circumference to diameter in a circle.  The decimal expression of pi continues forever without a recognizable pattern:

How can we prove that the set of real numbers is a larger infinity than the countable numbers?

We do this by a reductio ad absurdum. This is the method of demonstrating that a claim is false by assuming (for the sake of argument) that it is true and showing how this would lead to a contradiction. So, we assume for the sake of hypothesis that we can list the real numbers in such a way that each one is assigned to exactly one counting number. To make this more tractable, we will consider only the real numbers between zero and one. If this is a greater infinity than the countable numbers, then so must be the infinity of all the real numbers which include this list.

The order of the real numbers would have to be random because there is an infinite quantity of numbers in between any two real numbers. But let’s assume that each and every real number between 0 and 1 is on this list in the right-hand column of the figure below. And each corresponds to exactly one positive integer in the left-hand column. 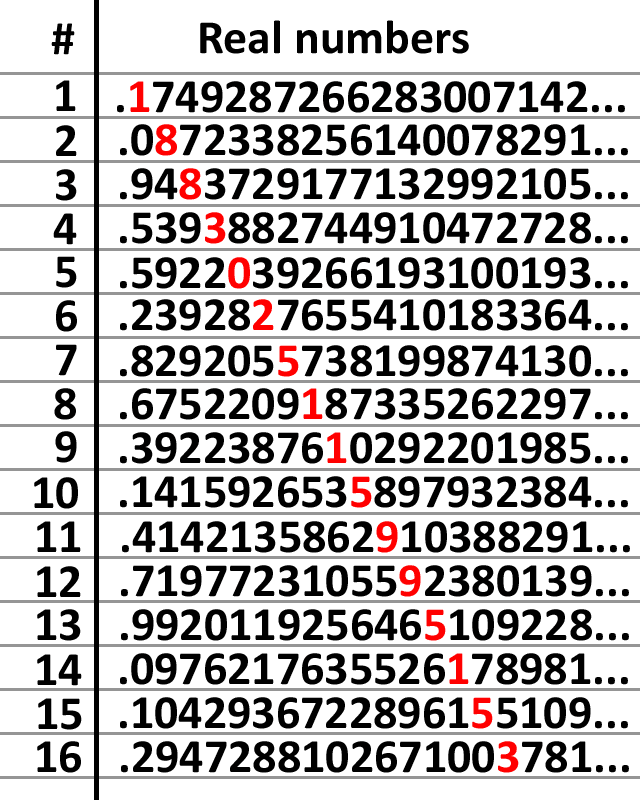 Now, we are going to construct a real number by the following method.

However, the number we have constructed cannot be in the right-hand column because it differs by at least one digit in one location from every number on this list! Yet, we stipulated at the outset that the right-hand column contained every real number between zero and one, each corresponding to one positive integer.

Therefore, our initial claim (that there can be a list of real numbers with each one corresponding to a positive integer) is disproved. There will always be real numbers that are not on such a list.

It is truly remarkable that we can reason and draw correct conclusions about infinity.  After all, our minds are finite. Yet, the laws of logic and mathematics by which we reason are useful even in areas that we cannot fully grasp. This is because such laws reflect the thinking of the Lord. And by His grace, He has allowed us to use these laws to reason correctly about things that are infinitely beyond us.

Only the biblical worldview can make sense of this truth. Glory be to God! 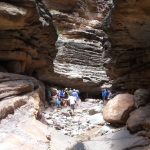