Mt. Everts, in Yellowstone National Park, is a spot that is often overlooked, but is a vital piece of the puzzle when it comes to understanding the geology of Yellowstone, and the Genesis Flood. This mountain at first seems unassuming, but inside it has all kinds of fossils, plus a whole lot of missing time according to the Uniformitarian model.

You can find lots more on the Northwest Treasures YouTube channel.

Patrick Nurre was in the second grade living in Montana when he found a large dinosaur bone behind his house! He was trained in secular geology, but after becoming a Christian, began to seriously reevaluate his evolutionary beliefs, and became a young-earth creationist.

Patrick has done field study across the western U.S. and Israel. He conducts classes and seminars, speaks at numerous conventions, and leads a variety of geology field trips every year, including Mt. St. Helens and Yellowstone Park.
Find out more at his website Northwest Treasures which offers geology kits, curricula and education for all ages.

Patrick and his wife, Vicki, have three wonderful children and two grandchildren, and live in Bothell, Washington. 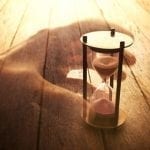