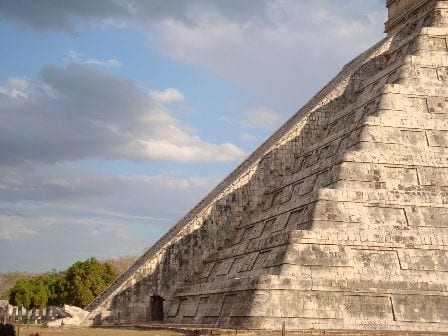 “And his brother’s name was Jubal: he was the father of all such as handle the harp and organ.” Genesis 4:21

If you’ve ever seen any photographs of Mayan pyramids, you will probably remember that they typically have a large set of stairs going to the top. Now an acoustics expert offers some interesting evidence that these steps may in fact be the world’s oldest recording.

If you stand before the stairway of the Pyramid of Kukulkan at Chichen Itza, Mexico, and clap your hands, you will hear a curious, descending echo. If you are familiar with the quetzal, whose feathers the ancient Mayans treasured, the echo will remind you of the call of this bird. The bright green and red quetzal has long tail feathers that can be over two feet long. When sonograms of its call were compared to sonograms of the echo returning off the steps of this pyramid, they were surprisingly close. Both begin at a frequency of about 1,500 hertz and fall at the same rate to less than 1,000 hertz!

Making this even more interesting is the fact that the pyramid itself has a picture of Quetzalcoatl wearing a coat of quetzal feathers. According to legend, Quetzalcoatl was half quetzal. Traditional Mayan scholars don’t doubt that the Mayans were clever enough to have purposely built the pyramid to provide this echo, and acoustics experts have found a similar echo at a temple in Uxmal, Mexico.

The Bible tells us that by the eighth generation of human beings musical instruments were in use. This pyramid may be evidence that we were created with the aptitude to understand and use sound, just as the Bible depicts in its opening chapters. 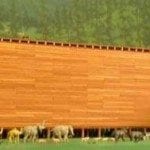 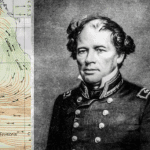