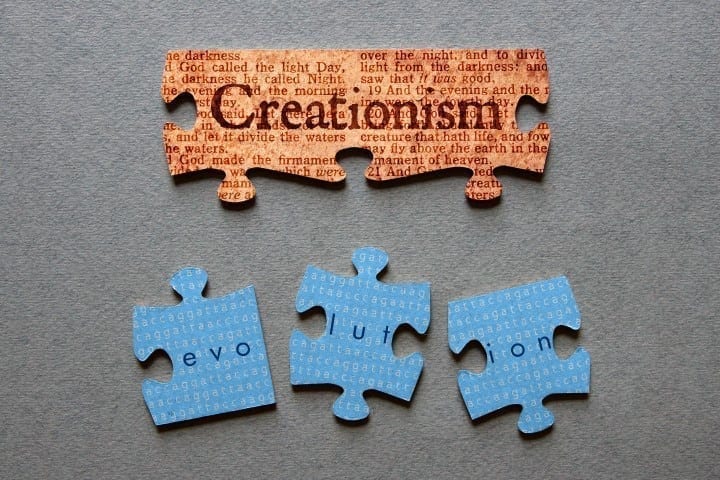 My recent surgery required a degree of recovery time, so I took that opportunity to work my way slowly through The Rise and Fall of the Third Reich, a 1143-page epic work by noted historian, William Shirer. I have been a student of World War II since childhood, and the fascination it holds for me has become a hobby over time, this particular book being one I’ve wanted to read for quite a while.

War is terrible, of course, and I have long known about the atrocities committed by the Axis powers during this conflict, particularly those of the Nazis (Stalin, too, of course!) Furthermore, I knew that Adolf Hitler firmly believed in the concept of Darwinian evolution (not necessarily in origins, but in the practice of “survival of the fittest”, a concept included in Darwin’s proposal of “natural selection”). Yet, even Darwin himself would have been totally revolted at the extent to which his theory played out in Hitler’s mind, and then to his henchmen, particularly the SS forces. Darwin had proposed a purely natural and random mechanism that described how creatures could change over time into completely new creatures. This process involved a struggle; a struggle for life, often at the expense of another’s life –survival of the fittest.

It is doubtful that he could have envisioned the lengths that some would eventually take his ideas, including Hitler. The Nazis displayed absolute indifference to the human suffering they caused –and not at all because they were at war. It was due to their “master race” ideas and practices that would only have actually accelerated had they won the war! I had thought that I was adequately apprised of many of the details of this already. I found out a lot more!

Darwin, in veering from the truth of the Bible, proposed an idea, a simple one in his mind, and full of the innocence of “scientific discovery”. Perhaps he never thought of the license this would grant to people like Hitler once the idea caught on in the scientific realm –the idea of “the preservation of favored races”! Consider some of Hitler’s own words:

·The law of selection justifies this incessant struggle (not referring to the war, by the way), by allowing the survival of the fittest. The stronger asserts his will; it’s the law of nature.

·Struggle is the father of all things. It is not by the principles of humanity that man lives or is able to preserve himself…, but solely by means of the most brutal struggle.

·Success is the sole earthly judge of right and wrong. Evolutionary ideas augmented Hitler’s twisted mind and added legitimacy to the evil that was already there.

Hitler also said, “When an opponent declares, “I will not come over to your side,” I say, “Your child belongs to us already… Your descendants now stand in the new camp. In a short time they will know nothing else but this new community.”

So the question needs to be asked…..To whom do the children of America now belong? In what “new community” or “camp” do they stand? What high school kid is soaking up evolutionary ideas who might be the next leader to attempt to put this into practice? What other theories are they being taught, besides socialism? Whose mind is now fertile for these seeds? What “revised history” are they now learning?

In Germany of the 1930s, The National Socialist German Workers’ Party(or NAZI, for short) took the place of sanity. Amazing to me is the historical fact that the Germans of that time slowly but willingly handed over their rights and freedoms to the government. The bad economy, fear, biased media coverage (to name a few), all served to create a climate and a mind-set in which the people thought that the government knew best how to run their lives. The government asked the people to trust them, and proposed legislation that was often titled in ways that absolutely did not reflect the true nature of the new law, but it sounded good. The government promised to make things “better”. The people willingly trusted them -to their ultimate demise!

Does any of this sound familiar? As the USA slowly draws away from godly principles, what form of godlessness will be there to take its place? We all know of the chaos in Israel during the time of the judges when “everyone did what was right in his own eyes”. Darwinism is at the root of the same mind-set today. Godly morals and absolutes are ignored as ridiculous and archaic.

Each day brings absurd news stories as the “emboldened left” come out of the woodwork! And though my natural inclination is to become frustrated at the foolish blindness of people, I have to remind myself that blindness is exactly what it is! It’s also interesting to note that on politics, Jesus had little to say. It seems that He wasn’t much concerned with who was in power, or what type of government was in place. He was concerned with saving “lost sheep”. Also interesting to note is that He is still building His church, and in many cases, He’s building it in places where His church is absolutely not allowed! So, in order for me to keep things in perspective, I need to remember that morality, virtue, godliness, etc. cannot be legislated; it must come from the heart. Changed lives will result in a changed country.

The Germans got what they voted for. So do we! 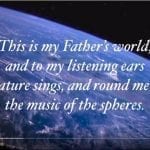 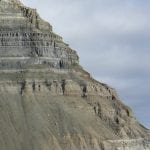