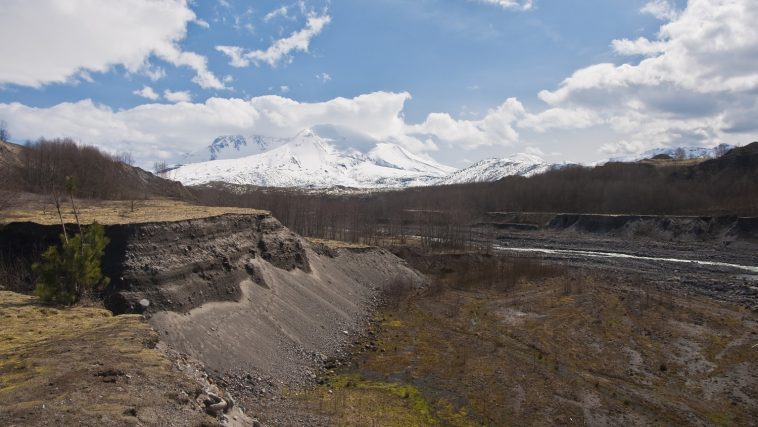 Secular geologists claim that earth’s sedimentary layers required millions of years to form and that during those millions of years there were five extinction events, which each nearly wiped out all of earth’s living organisms. They explain some of these events by asteroids, volcanism, and more recently climate change and man, however, some still remain an unsolved mystery.

The remains of the organisms were buried in a new set of sedimentary layers gradually making the geological column. After each extinction event, they believe the few survivors evolved into new life forms that fit the new environment. This may sound scientific and logical but there are some major problems:

The Bible, on the other hand, tells of one great extinction—the Flood of Noah’s day, which wiped out all land animals, birds, and man, except those safe on the ark. If we start with the details in the Bible, then do some field study at Mt. St. Helens, we can explain the mysteries of the sedimentary strata and fossils they contain logically.

Genesis 6:17 and 7:11 state that God opened the fountains of the deep and the windows of heaven, releasing the water that flooded the earth. This rushing water would have uprooted trees, pulverized earth’s foundation, and drowned all terrestrial organisms. The sediment containing both plant and animal remains would have been laid in horizontal layers beneath the raging global sea.

The lowest layers (strata) would contain the non-floating sea-dwelling invertebrates. Those fish unable to outswim the mudflows would be buried next.  The higher layers would contain the animals and plants which were buried as they sank. Invertebrate sealife would have been reestablished on top of the Flood sediment.

Psalm 104:6–9 uses poetic form to describe how God raised the land and lowered the sea so that the floodwaters drained off the land. As the water rushed into the newly formed oceans, it eroded and redeposited much of the sediment.

The Bible also gives clear timelines for the events of the Flood both with counted days and calendar dates. When these are overlapped and charted, it is clear that the submerging of the land and the death of terrestrial life only took 1/6th of the Flood. 5/6th of the time involved the raising and draining of the continents.

Once the foundation is established by using the facts outlined in the Bible, field studies such as the floating logs, mudflows, and carved canyons at Mt St Helens can then be used to explain the particulars of earth’s features.

The May 18, 1980 eruption triggered many geological changes providing a miniature picture of the Flood:

As the trees became waterlogged, they sank to the lake floor, some sinking upright, appearing as if that is where they grew. During the global Flood, vegetation, tree trunks, and animals became buried within the accumulating layers, not giving evidence as to where they had once lived, nor the biomes in which they had lived, but where and when they had eventually sunk.

Mt St Helens erupted over 40 years ago, yet still today there is a huge floating log mat on Spirit Lake. Likewise, during the global Flood many trees and some animals could have remained floating until submerged by funneling whirlpools or beached on the newly risen continents. These could have then been buried by the ash and mudflows so prevalent during the runoff stage of the flood, becoming fossil beds, or they could have decomposed into fertile soil and bogs.

Two years after the eruption, changes continued. A small eruption melted the crater’s accumulated snow. The meltwater rushing out of Mt St Helens’ crater pulverized the side of the volcano, carving two huge canyons, and becoming a mudflow which not only laid a layer of new dirt but also carved canyons through the volcanic material deposited in the Tuttle Valley the day of the eruption.

The rushing global Flood waters would have pulverized the pre-flood continents into sediment. Globe-circling currents deposited the sediment into vast layers resulting in the “Paleozoic Era,” some of which would have been eroded and been redeposited during the runoff stage. The redeposited sediment, along with precipitated minerals, new sediment formed from the erosion of newly raised mountains, and volcanic material formed the stratum of the “Mesozoic” and “Cenzoic” Eras.

By beginning with a biblical foundation, and using Mt. St. Helens as the framework, we can make logical sense of earth’s geological column. 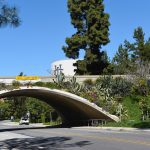