Blue pond on volcano area in Iceland in summer

[Originally published as Evolution and Abiogenesis: Different, or the Same?]

Although evolution and abiogenesis are two very important parts of the origins conversation, there is often some confusion about how these relate to one another.

These are important questions that we will attempt to answer as we go along. I would like to frame our discussion in terms of the two most common viewpoints with respect to this issue.

Typically, the creationist will make the mistake of conflating these concepts into one. They may say something like, “We know evolution didn’t happen because evolution cannot create life.” Because of its imprecision, as we’ll see, evolutionists take issue with this.

On the other hand, the evolutionist will say something like, “Abiogenesis is irrelevant to whether or not evolution occurred.” However, creationists take issue with this because it misses a crucial point.

The term “evolution” essentially means change over time. To determine how much change requires a lot more work.

We have to determine the molecular limits of DNA and RNA, consider factors such as epigenetic and other environmental circumstances, etc. As you might imagine, there is no shortage of opinion with respect to what evolution can accomplish.

Many believe that evolutionary mechanisms can, on their own, account for significant changes between populations. These changes are the route through which biological evolution has occurred from, on the evolutionist’s view, the moment just after life began. And therefore, all life is ultimately related.

Others believe that certain organisms must have been specially created to have distinctions from others. So while a wolf may be in the “evolutionary” lineage of your family chihuahua, a leopard would not be.

As you can see here, there is a multiplicity of ways that experts seek to define evolution, and as scientists learn more about what it actually is, those definitions often become outdated.

The most important takeaway is that we are referring to biological evolution. The semantics matter.

Abiogenesis, on the other hand, means “the origin of life from nonliving matter” according to Webster’s. What’s interesting is that, in support of this definition, they cite David Warmflash et al. on the following:

According to the conventional hypothesis, the earliest living cells emerged as a result of chemical evolution on our planet billions of years ago in a process called abiogenesis.

Therefore, the “conventional hypothesis” would seem to rely on some sort of evolution, namely chemical evolution, in order for the process of abiogenesis to take place.

Biogenesis simply means “the origin of life.” According to one source, the Law of Biogenesis is:

Thus, we are working with two distinct, but related concepts: The arising of organic (living) matter from non-living matter, and its subsequent change over time.

Evolution tends to be a moving target. This is hardly surprising. After all, those who hold to this theory expect to account for all biodiversity we observe in the world, over a great amount of the purported 4.5 billion year history of life on earth.

To be sure, this is no small task, which is why so many question whether it has the goods.

My interview with Dr. Micheal Behe discusses the abilities and inabilities of evolutionary mechanisms is far greater detail than we’ll go in this article, so I would encourage you to check it out.

In short, though, evolution works by the invocation of a number of biological processes, most of which can be summarized by the statement, “random mutation acting on natural selection.”

There is further clarification needed for the concept of “randomness.” There is quite some debate on what is meant by this term. The most common idea is that randomness is akin to “chance.” In other words, the changes that take place are random in that they could have been any other way—they just “happen” to be the way they are.

Others seem to believe that “random” in this sense should be understood as, “irrespective of its usefulness to the organism.”

While this clarification is more germane to the question of whether or not evolution can be a guided process, it’s still important to understand what is meant. We’ll assume the latter definition for the sake of argument.

Virtually everyone agrees that natural selection occurs. In fact, it has to. It’s merely a way of representing the tautology that “those who are selected survive, and those who survive were selected.” In other words, survival of the fittest.

Therefore, evolution works by impartial mutation of the genetic code, and only those mutations which prove beneficial to the organism will ultimately survive the refiner’s fire and be successfully integrated into the species population.

While one may take issue with what evolution is ultimately able to accomplish, it is nevertheless true that it refers to the change that takes place over time in biological organisms.

Biogenesis is concerned with reproduction. In other words, how new organisms come to be. As described above, all life that we know of comes from another living organism.

So biogenesis is not a molecular process, but rather a conceptual term describing the possibility of life to produce more life. Abiogenesis, in contrast, is a conceptual term which is defined as: “The generation of life from non-living material…[which] occurred through stepwise chemical and molecular evolution over millions of years.”²

Again, there is no process that is able to account for this leap; the term merely refers to the concept. What is clear, though, is that scientists do, in fact, appeal to the evolutionary development of life on earth in order to explain abiogenesis.

The problem is that there is zero physical evidence to support the claim that it took place.

Beyond our planet, all the others that have been probed are lifeless, a result in accord with our chemical expectations. The laws of physics and chemistry’s Periodic Table are universal, suggesting that life based upon amino acids, nucleotides, saccharides and lipids is an anomaly. Life should not exist anywhere in our universe. Life should not even exist on the surface of the earth.

Therefore, by definition, abiogenesis does not take place by the same processes which allegedly drive biological evolution; nevertheless, a broad appeal to the evolutionary scenario—especially chemical and molecular evolution—is required to even entertain its plausibility.³

As we have seen, there is evidence that both the evolutionists’ and creationists’ failure to properly define terms and concepts is a contributing factor to the confusion that often surrounds this topic.

However, there is at least one more problem:

Without abiogenesis, biological evolution has nothing to do.

In other words, evolutionary mechanisms have nothing to act upon if life does not exist. We all recognize this point, and it often leads the evolutionist to double-down. “We’re here, so evolution must have happened!” they might say.

The problem is twofold. First, this is a logical fallacy because the fact that we are here is irrelevant to the question of how we got here. Second, it fails to appreciate that the entire evolutionary history of life can be called into question if, on the philosophical system which undergirds their theory (philosophical naturalism), life is not possible.

If there’s no life, there’s no evolution. Thus, if life is not possible, there is strong reason to doubt that evolution has occurred. This means that even though they are distinct in meaning, evolution and abiogenesis are very much related and very much part of the same discussion.

They need each other! Without one, the other fails. 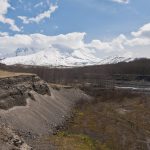 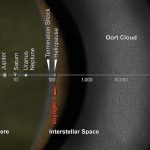