A friend asked for help to refute a video about geology by atheist AronRa, who is desperate to disprove Noah’s Flood. AronRa has lots of videos on this exact theme from many different angles.

It’s curious that atheists are so intent on disproving the reality of an event they claim not to believe in, in which God judges people for their corrupt behaviour. Their problem is that this event has left evidence all over the globe. I looked at one of his videos about geology.

I didn’t have time to do a detailed response to the fake information AronRa presented, but just made comments on the way through, noting the relevant time on the video, and pointing to where more information can be obtained. I thought this may be of wider interest so have posted it here.

0:00 He speaks of “historical geology” which is the crux of the issue. Science is about observation, experimentation, testing, and measurement.
We can observe the rocks, test them, measure them. This is done in the present. But we can’t go back in time to observe what happened. That is history. We cannot make observations in the past. So how do geologists speculate about what happened in the past when they cannot see it? Long-age geologists observe the present and assume that present processes operated in the same way in the past.

They explicitly deny that Noah’s Flood, as recorded in the Bible, ever occurred. to consider it as factual is forbidden. This is called the principle of uniformitarianism, which is an assumption.

We agree with what is observed. We disagree with their assumptions. Creation geologists believe the events recorded in the Bible actually happened as described and they interpret the geology from that perspective. For more information search creation.com for “uniformitarianism,” “Hutton,” Lyell,” and “biblical geology.”

Most long-age geologists, AronRa included, are not aware (or not prepared to admit) that they are basing their beliefs about the past on an assumption. They think they are looking at facts whereas they are accepting a story about the facts based on their long-age beliefs. They seem oblivious to the reality that different stories can be constructed around the same facts.

They should not have this blind spot because you often find that long-age geologists will strongly disagree with their colleagues about a geological interpretation of particular geological facts, and the debate can be quite heated.

Biblical geologists are upfront about their assumptions and beliefs. Plus, we are keenly committed to sound explanations based on evidence and logic.

0:00 Right from the start he comes across as sneaky, judgemental, and insulting, He makes a big deal about his Christian geological instructors implying that real Christians do not believe the biblical Flood. This is not true. Then he dismisses Flood geology as “religiously motivated pseudo-science”.

It’s not a good approach. This stirs up negative reactions against Flood geologists, which reflects in the nastiness of many comments people have made about Christians, the Bible, and God under his videos. I’ve noticed he continues to use these mean, nasty, mocking misrepresentations on and on through his video.

0:27 He asked geologist Wildwood Claire to help him. He described her as active in the atheist community. There we have it. Of course atheists are biased against Flood geology; they are atheists. Activist atheists will present themselves as being scientific and objective, but they are not. They are 100% biased.

They cannot even consider the possibility that the Bible’s account of history is true. If they considered that the Bible may be reporting truth they would no longer be an atheist but an agnostic.

1:27 Again he talks about his Christian geologist friend. Added to this goal of discrediting Flood geology as not necessary to being a Christian, he claims that the early pioneers of geology were Christians. But, like anyone held in esteem at the time, they were church people, but they rejected what the Scriptures actually said. It’s called “nominal”—in name only.

Contrary to what he said, the evidence did not disprove Noah’s Flood. These early geologists assumed uniformitarianism which means long ages. However, there were many geologists who did believe in Noah’s Flood. Terry Mortenson did a Ph.D. thesis on these and there are many articles on creation.com about these scriptural geologists.

2:00 Again, he is using Christians who don’t believe in the Flood to make his case. This is a logical fallacy. It is called the argument from authority. And his insults continue, saying that creationists only believe in creation because of their childhood religious indoctrination.

It’s not true. How low can you go?

2:33 He discusses Andrew Snelling and makes out that Snelling is duplicitous and ignores the evidence. His claims about ignoring evidence are 100% wrong. Creationist geologists are constantly dealing with evidence. These accusations against Snelling are answered on creation.com. And he is not duplicitous. It is only because of the censorship, de-platforming, and hostility against creationists that creationists are not able to speak their ideas openly in academia. Shame on the sad state of affairs in the geological fraternity.

3:00 The Answers in Genesis (AiG) Statement of Faith. He misrepresents this. He needs to look in a mirror. Long-age geologists have to adhere to an academic statement of faith too. They are not allowed to question evolution or millions of years. What AronRa is doing is called projection. He is accusing creationists of doing what his crowd is doing. It is all because he does not understand, or will not admit, or does not want to consider that historical geology is based on beliefs, beliefs that are very comfortable for his atheism.

3:00 He is deliberately misrepresenting AiG’s position on the Statement of Faith. The statement of faith does not say what he said. It says, “By definition, no apparent, perceived or claimed evidence in any field, including history and chronology, can be valid if it contradicts the scriptural record. Of primary importance is the fact that evidence is always subject to interpretation by fallible people who do not possess all information.” Notice the words “apparent”, “perceived”, and “claimed”. Just because someone makes a claim does not mean it is true. No scientist worth their salt would believe making a claim transforms it into truth.

5:30 He talks about Wheaton College. Lots of colleges that have an evangelical heritage have compromised their belief in the Bible. Yes, they say they believe the Bible but they actually don’t in this area. They look for ways to reinterpret Genesis to make it say the opposite of what it actually says.

However, there are evangelical colleges that do believe in Noah’s Flood and a young earth. He doesn’t mention any of these.

6:50 He acknowledges that the pioneers of geologists were young-earth creationists, but claims they did not know about earth history and plate tectonics. By earth history he means the long-age geological scenario constructed from the geological evidence of the earth.

However, the same argument can be applied to Hutton and Lyell who are considered the fathers of modern uniformitarian geology. They did not know about the geology of Australia, or China, or South Africa, or plate tectonics, or radioactivity, or isotopes either. They simply promoted a belief system which they thought would work everywhere, but which has lots of persistent problems. Attempts are still being made to salvage uniformitarianism.

8:00 He talks about billions of years, but these did not exist. He talks about super-continents before Pangea, but these are highly speculative. Continents separating and coming together over and over is purely speculative. And this is discussed on creation.com and in the Journal of Creation, papers, back issues, and subscriptions available on that site. Look up the “Wilson Cycle.”

11:00 Fossilized coral reefs. These did not grow in place but were washed into place as reef debris.

12:27 Ice dam burst. Ripple marks. These give a small analogy to the much larger Noah’s Flood. This is discussed in numerous articles on Creation.com. “Lake Missoula flood”. There are lots of examples of mega-ripples on the continents including Africa and Australia. E.g. Ripples in Australia

14 The presence of groundwater and its characteristics point to Noah’s Flood. Uniformitarian models for recharging groundwater have problems. Much groundwater, such as in the Great Artesian Basin (GAB) Australia was emplaced in the sediment when the sediments were deposited. It is called connate water. There have been geologists who have argued that the water within the GAB water is not being renewed.

He is so insulting, disparaging, and demeaning in the way he speaks. I think many people will be turned off by his nasty attitude.

15 He keeps saying, “If there was a flood then it would do this …” The trouble is that his description of the way he thinks the Flood unfolded is ridiculous. It’s called the strawman fallacy. That is, he proposes something that is ridiculous and then proceeds to shoot it down.

15:37 There are lots of salt deposits on the surface of the earth. Playa lakes. Again, he is giving his imagination of what would happen during the Flood but it is wrong. See Oldest salt deposit.

16 Carbon 14 and beryllium 10. All dating methods are based on assumptions. See article “fatal flaw with radioactive dating.” Carbon–14 dates need to be corrected for the effect of Noah’s Flood on the carbon balance on the earth. See articles on creation.com “how dating methods work.”

17 Isotopes in cores. His description of this work is highly subjective and open to multiple places where fudge factors can be introduced to get the desired dating result. There are lots of articles on creation.com about “ice core” and “ice core dating.” The ice core evidence fits into the Flood/post-Flood period.

18 He asks “Where’s the Flood?” The problem is that he has not really logically and seriously thought about what to look for. This diagram on creation.com “geology transformation tool” explains where the Flood is.

18:15 This is a worldview issue. It is not about evidence and facts because the evidence and facts do not speak for themselves. Evidence and facts are interpreted by people. All the long-age geological scientists are working to the same belief system when they interpret geological evidence. So, they will never see the Flood because, by adopting their belief system, they have already decided it never happened. Further, within that fraternity, anyone who does explain the evidence from a Flood perspective gets mocked, insulted, censored, and shut down.

AronRa’s attitude is a visual illustration of the sort of discrimination, mockery, and censorship that is present. I expect the attitude that comes across in his videos wake some people up.

These are just brief notes. It would take an article ten times this length to deal with all the false information he presents. Noah’s Flood definitely happened. The Bible’s account of history is true. There are many articles available on this site, on creation.com, and other creationist sites that deal with the issues he raised. These can be found by internet searching. It will help you understand that God created this world, knows about you, had a purpose in creating you, and wants to have a relationship with you. Enjoy your journey. 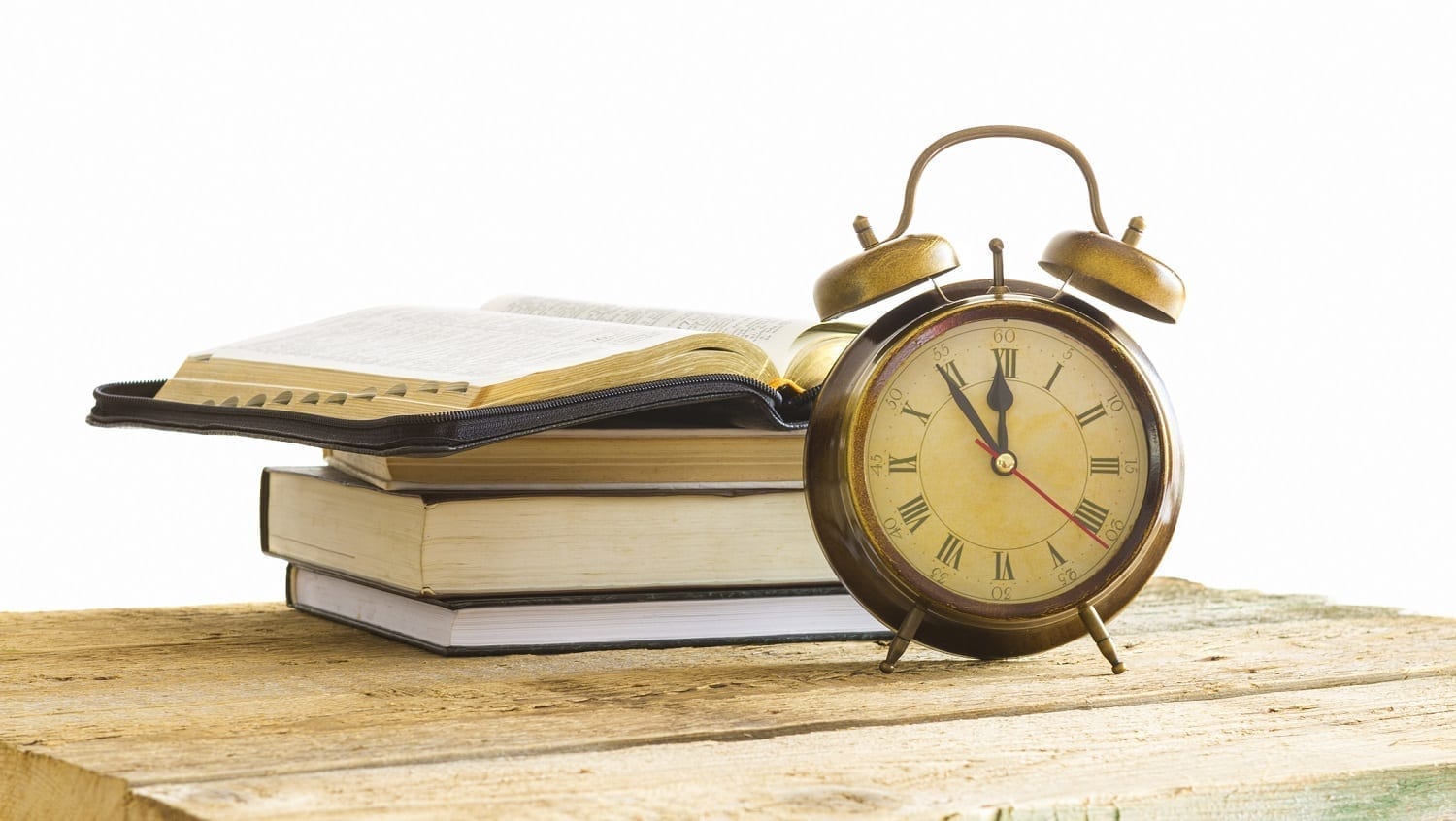 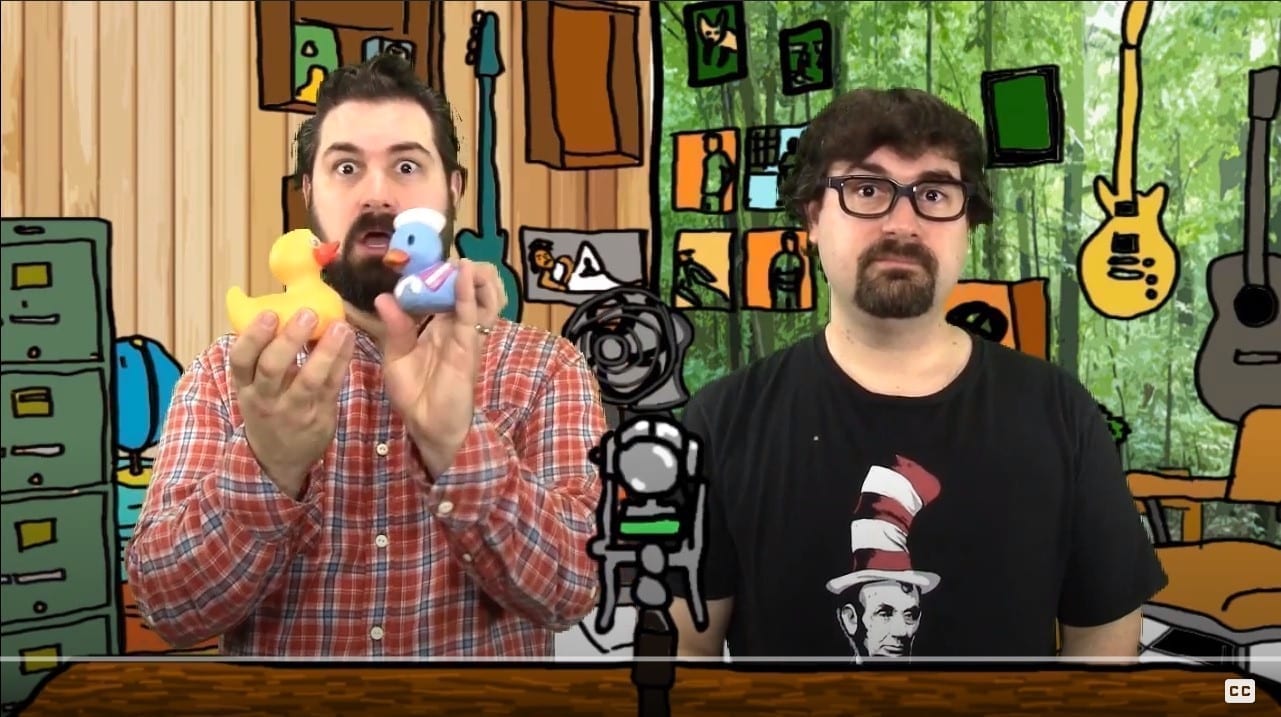