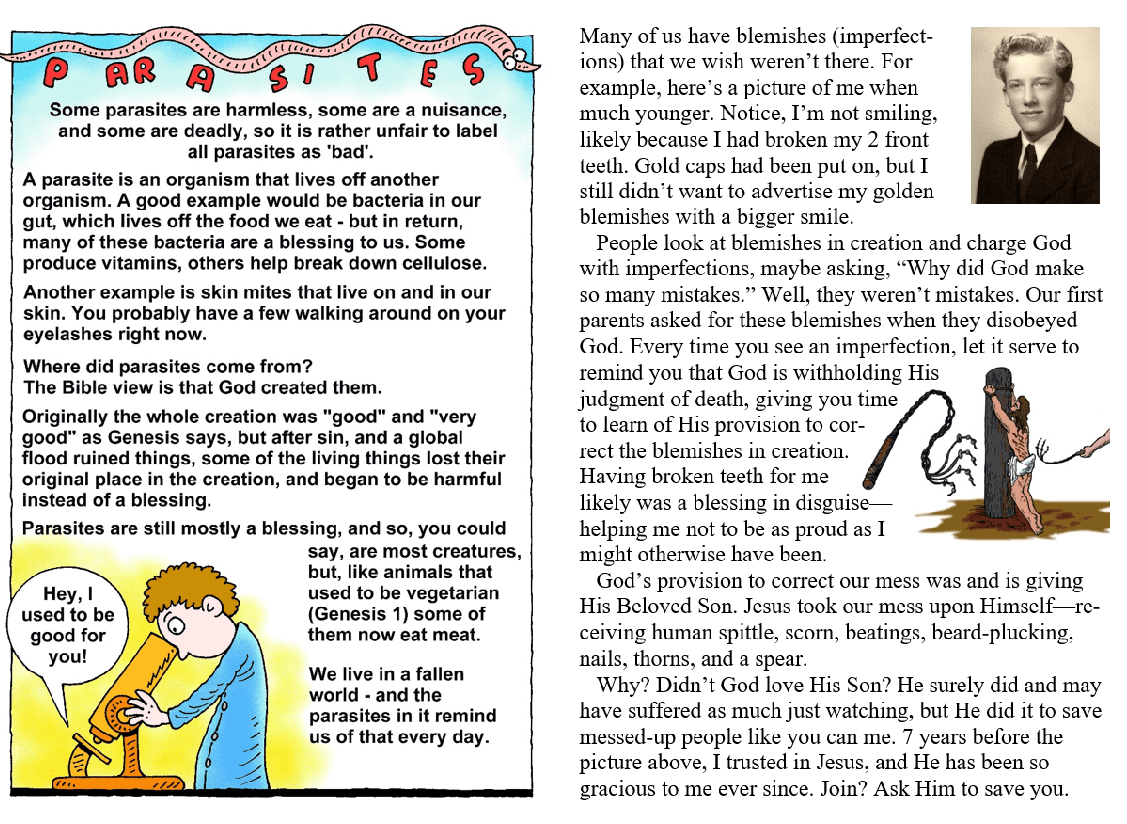 Some parasites are harmless, some are a nuisance, and some are deadly, so it is rather unfair to label all parasites as ‘bad’.

A parasite is an organism that lives off another organism. A good example would be bacteria in our gut, which lives off the food we eat—but in return, many of these bacteria are a blessing to us. Some produce vitamins, others help break down cellulose.

Another example is skin mites that live on and in our skin. You probably have a few walking around on your eyelashes right now.

Where did parasites come from?

The Bible view is that God created them.

Originally the whole creation was “good” and “very good” as Genesis says, but after sin, and a global flood ruined things, some of the living things lost their original place in the creation, and began to be harmful instead of a blessing.

Parasites are still mostly a blessing, and so, you could say, are most creatures, but, like animals that used to be vegetarian (Genesis 1) some of them now eat meat.

We live in a fallen world—and the parasites in it remind us of that every day. ~Richard Gunther

Many of us have blemishes (imperfections) that we wish weren’t there. For example, here’s a picture of me when much younger. Notice, I’m not smiling, likely because I had broken my 2 front teeth. Gold caps had been put on, but I still didn’t want to advertise my golden blemishes with a bigger smile.

People look at blemishes in creation and charge God with imperfections, maybe, asking, “Why did God make so many mistakes.” Well, they weren’t mistakes. Our first parents asked for these blemishes when they disobeyed God. Every time you see an imperfection, let it serve to remind you that God is withholding His judgment of death, giving you time to learn of His provision to correct the blemishes in creation. Having broken teeth for me likely was a blessing in disguise—helping me not to be as proud as I might otherwise have been.

God’s provision to correct our mess was and is giving His Beloved Son. Jesus took our mess upon Himself—receiving human spittle, scorn, beatings, beard-plucking, nails, thorns, and a spear.

Why? Didn’t God love His Son? He surely did and may have suffered as much just watching, but He did ti to save messed-up people like you and me. 7 years before the picture above, I trusted in Jesus, and He has been so gracious to me ever since. Join? Ask Him to save you. ~Paul Humber 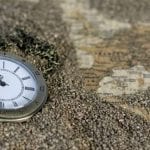