[Originally published as Dr. Winston Ewert, Homeschool Graduate and Software Engineer. Dr. Wile posts many more homeschool student goes on to excel at science stories, be sure to find encouragement in his collection of their stories.] 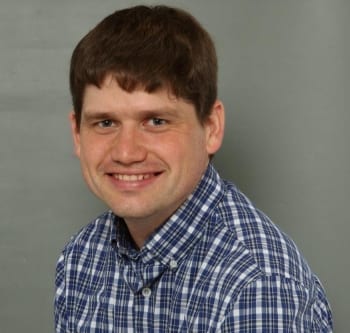 Back in July of last year, I wrote about what might be one of the most important genetic studies of the decade. It treated an organism’s genome like a large computer program that was put together using specific groups of genes as programming “modules.” The study showed that this view of the genome made more sense of the genetic similarities between certain animals than an evolutionary view.

When I read the study and blogged about it, I did not recognize the author’s name and had no idea who he was. Later on, he contacted me and thanked me for blogging about his study. He also informed me that he is a homeschool graduate and used my courses in his education. I recently contacted him to see if he would be willing to be a part of my homeschool graduate project, and he graciously agreed.

Dr. Ewert was homeschooled K-12, as were his four siblings. Like many homeschoolers, his parents’ primary motivation was to school their children using a Christian worldview. However, unlike most of the homeschool graduates I have talked with and written about, he was homeschooled in British Columbia, Canada. This actually made access to university a bit more difficult for him. Most British Columbia universities weren’t “homeschool friendly” like U.S. universities, so when he graduated from homeschooling, he started his higher education at Kwantlen University College, which was pretty much the Canadian equivalent of a community college. After two semesters, he transferred to Trinity Western University to finish his degree.

He said he had developed a computer obsession by the age of 10, so he knew he wanted to study computers. At Kwantlen, he started studying computer information systems. He transferred to Trinity when he realized he should be studying computer science instead. Had he started out in computer science at Trinity, this would have made graduating in four years a bit easier. That’s the only real negative aspect he could think of regarding his homeschooling.

This one negative was outweighed by all the positives that went along with homeschooling. For example, he says that homeschooling was much more like university than traditional schools, because homeschooling is very self-directed, just like university. As a result, he was better prepared to be a university student than most of his peers. In addition, he said:

My awareness was that people who were in school went to school for a long time and then did homework after school. Homeschooling was more efficient.

He appreciated the efficiency of homeschooling, which allowed him to spend more time developing his computer programming skills.

While at Trinity Western University, someone on the internet told him that he was stupid for not believing in evolution as the explanation for the origin and diversity of life and told him to read Dr. Richard Dawkins’s book, The Blind Watchmaker. In that book, Dawkins discusses a little computer program he wrote to ‘simulate’ evolution. It took a random series of letters and then used a form of mutation and selection to turn those letters into the sentence “Methinks it is like a weasel” (a line from Shakespeare).

The computer program is very silly and doesn’t in any way simulate evolution, but it intrigued Ewert. He wanted to learn more about how computer simulations were applied to evolution. He ended up writing a paper about the subject and sent it to a professor at Trinity Western University. Unbeknownst to him, that professor sent the paper to Dr. William Dembski, one of the leaders of the intelligent design movement.

One of the members of Dr. Dembski’s research team, Dr. Robert Marks, was very impressed with the paper. He contacted Ewert and suggested that he do graduate work with their team at Baylor University. Initially, Ewert had no desire to spend more time in school, so he made excuses as to why he couldn’t do that. Dr. Marks was relentless, however, so Ewert agreed to go to Baylor to get his Masters. While he was there, Baylor started a Ph.D. program, so he stayed and eventually became Dr. Ewert.

While at Baylor, he had the incredible opportunity of spending a summer in North Korea. The government had allowed a group of foreigners to form Pyongyang University of Science and Technology, where native English speakers would come and teach. One of the Baylor University professors with whom he was working invited Ewert to assist him while he taught there during the summer. Dr. Ewert says it was quite the experience:

Overall, you feel like people’s descriptions of communist countries are exaggerated, until you actually see it, and then you realize they aren’t. Humanist ideas like ‘man is god’ are everywhere, and they affect the culture in a very negative way.

Also, the North Korean regime was incredibly strict. For example, Dr. Ewert was not allowed to take pictures through the windows of the vehicles in which he traveled. He could only take pictures at ‘approved’ spots. In addition, students at the university did not have access to any internet sites outside of North Korea.

After earning his Ph.D. he worked for Google for two years. He wasn’t all that happy with the work, however. He didn’t think the job he was doing was making much of a difference in the world, and he was frustrated by the fact that he could write computer code much faster than it could be reviewed. Eventually, he moved back to Canada and started his own computer software company, which specializes mostly in web development. He does his evolution-related research as a hobby.

He says that he is an introvert by nature, so he doesn’t really think much about giving other people advice. However, he did offer this piece of wisdom:

If you are interesting in computers, you should be learning programming languages before you go to university. Get programming experience, or you will be behind.

Speaking of computer programming, Dr. Ewert is working on the next installment of his evolution-related research. You can bet that I will blog about it as soon as I have read it! 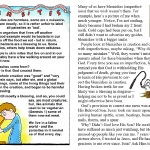 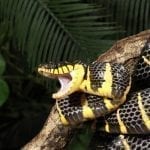