With its instant reflexes, the praying mantis is one of only a few creatures known to successfully capture, and eat hummingbirds. We recently discovered this curious insect on one of our hummingbird feeders. So I found a camera and recorded some video to share….

The hummingbirds were clearly suspicious of it and stayed just out of reach. The feeder was a rather obvious place to hide. Even so, the mantis was keeping track of each hummingbird, waiting for just the right opportunity to strike. They have very good vision and it is said they are the only insect capable of rotating their head 180 degrees.

Other creatures that attempt to catch hummingbirds are spiders, bees, wasps, cats, and even snakes. A single sting from a wasp or bee can be fatal to a hummingbird, because there is so little body mass to absorb the venom.

Hummingbirds use spider webs to hold their nests together. But they can sometimes get tangled and fall prey to the spider.

And don’t worry, after taking this video, I went outside to move the mantis before it could catch any of our hummingbirds.

My grandfather once told me about seeing a praying mantis carrying a dead hummingbird up the side of his house. The fallen state of this world is evident, reminding us that salvation is needed; and that cannot be of ourselves.

“Death should remind us of sin. And remind us of God’s judgement because He’s a holy God, our wickedness; the heart of man is deceitful above all things and desperately wicked. But if we confess with our mouth the Lord Jesus and believe in our heart God has raised Him from the dead; we will be saved.” — Ken Ham (in the “Refracted Glory” film)

Benjamin Owen is producer of the documentary on hummingbirds titled “Refracted Glory.” He spent nearly two years researching the science and history of hummingbirds; interviewing experts from around the world and filming hummingbirds with a high-speed camera.borderwatchfilms.com 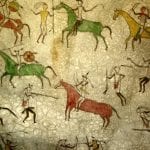 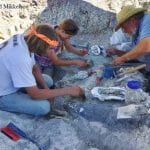