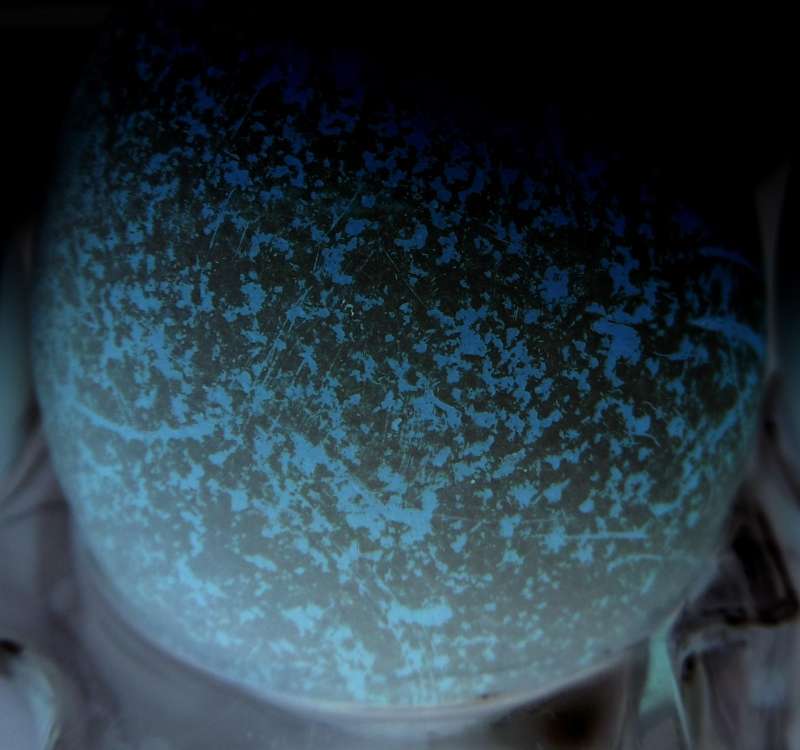 Occasionally people write in who are confused about how aliens fit in to our ministry mandate, or how focusing on this issue is helpful to anyone. J. W. wrote in to share his experience, and how Alien Intrusion helped him to make sense of it. Gary Bates’ responses are interspersed.

I’ve just read ‘Alien Intrusion’. When I was 7 or 8 years old I was apparently ‘visited’ a number of times, although I can’t remember a thing.

It can often start when one is young, so that you become accustomed and conditioned over time.

I awoke with a stinging scoop mark on my right leg, 3 red marks in a triangular formation on my left tummy, had nose bleeds from left nostril, pyjamas were inside out etc.

As you will have read in the book there are physical traces. For example, I didn’t cover ‘alien implants’, but wrote about it here. See creation.com/aliens-and-skeptics.

This led to a lifelong interest in UFOs and related issues, and I have spent countless hours reading UFO books and researching on the Internet. I often listen to ‘Coast to Coast’, and Whitney Strieber’s podcasts and visit the websites of Hoagland and Linda Howe to name just a few. Some people can indeed develop a mania.

That’s understandable because one is often seeking explanations as to what happened. Because it manifested as alleged aliens or UFOs etc. one is naturally drawn to literature or media about same, believing it to be authoritative. However, because of predominant preexisting evolutionary concept of the universe, the writers of that material have not even considered a spiritual explanation, and therefore a vital source of information is basically left out. However, I recommend that you take a different turn in your life and leave this stuff well and truly behind. BTW I was interviewed on Coast to Coast for some 3 hours many years ago.

Then, I purchased your book—and the line about Jesus dying once for all stopped me in my tracks. Your argument that UFOs etc are ‘deceptions’ manifested by Satan and his minions does seem to best fit the facts; and, for example, it explains why abductees never come back with a physical item and if they do it ‘disappears’ from the cupboard etc.

My friend, Joe Jordan who I mentioned in the book, has now met and counseled over 400 former abductees whose experiences have stopped in the name of Christ, or people praying, singing hymns etc. If they are really ETs from another world, what is it about Christians they don’t like?

If they are really ETs from another world, what is it about Christians they don’t like?

One criticism I have is, the ‘deception’ is probably even more profound than you have outlined. eg. The Swiss farmer Billy Meier has apparently predicted future events with great accuracy. His American representative Michael Horne has posted many of these on his website; the original manuscripts in German were apparently date stamped years before the events occurred.

I would be careful about accepting too much of this. Often when one looks underneath the sensational claims you will find outright frauds and deception. It is the overlay of misinformation that causes people to think there is more to it than there is. For example, take the section about crop circles in my book. What about all the claims of ‘they cannot possibly be made by humans’; or radiation emanates from the site; or the cellular structure of the crop has changed. When investigated, none of this turned out to be true yet there are a plethora of websites and alleged documents that claim otherwise. I even investigated alleged laboratory results, but it was all garbage. Look at the Area 51/MJ-12 accounts in my book. They went to an awful lot of trouble to convince people about their deception. And the problem with ‘gurus’ like Meier is that they become self deluded. This means that they believe their cause to be just because it will bring out the truth, and as such, they can justify deception to bring it out. Billy Meier is a known fraud as documented in my book using information provided by a media crew that wanted to believe him. Second, he was caught out hoaxing in a sting operation, and third, his former wife blew the whistle on him. That’s 3 strikes! In short, the guy is a liar, so why should one trust anything that comes from his lips. If he lied, he is a liar!

Often when one looks underneath the sensational claims you will find outright frauds and deception.

Even Christians are too active in seeking spiritual explanations for everything, when there are much simpler and benign explanations that are simply explainable to human nature (as I just mentioned above). I do not believe it is possible for fallen angels or demons to predict the future so Meier was not able to do this accurately even if he was tapped into some spiritual source. See Did the witch of Endor call up a ghost?, where we mentioned this as part of another article. Now, they might try to arrange events so that their predictions come true. I’ve found that when it comes to alleged prophecies by the ‘aliens’, Nostradamus, or even some in the church, that they tend to cast a very wide scattergun of predictions. One or two might hit the mark but no one stops to think about the hundreds that didn’t. A true prophet, in the biblical sense, has always shown to be 100% correct because his source of information is God who is outside of our space and time (see Who created God?).

I only told my mother (and showed her the scoop) and 1 or 2 other people about the ‘visits’ and after reading your book, I now believe silence was the wisest course. If what you say is correct, then the marks were left for all the wrong reasons, and it’s far better to ignore what occurred, and get on with life. I wish you all the best, your book is inspired.

J., I hope you are born again and have followed the admonitions in my book. I would suggest taking a proactive approach to ensure this does not happen again. Seek God, ask for His help and turn your life over to Him (see Good News!). There is a real enemy out there and just because you are, or became, a Christian it does not mean that he will not try again, particularly if life gets tough at all, and you are feeling discouraged. In a strange way, many retreat back to the ‘seeming’ comfort of past experiences. This is to be avoided at all costs. The scoop marks and physical traces are there to merely add to the deception. Please get yourself to a good Bible-believing church and get involved in Christian activity to renew your mind and keep it busy with thoughts after God. It’s when we have too much time on our hands or our minds start wondering that we can think about our former lives too much!

I have prayed for you just now—that the deceptions will never occur again and that you finally get closure on all of this.

By the way, you might be interested in this relatively new DVD called Close Encounters of the ‘Fourth Kind’ that talks about this.

All the best J. and thanks for letting me know about this. 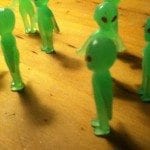 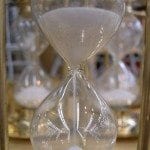