In September of 2012, two Russian Astronomers discovered an object, previously unseen, moving against the background of stars. Over the next few days, this object was proposed to be a comet, heading closer to the Sun.

This was the beginning of our knowledge regarding the comet ISON, and since that time, we have been able to determine the exact path of the comet, and many more details about its journey.

Initial news reports indicated that it might appear as bright as the full moon, even being visible with the naked eye in daylight hours.

As the comet progressed, the predictions have changed quite a bit, and current estimations are about magnitude -2. That would appear brighter than our brightest star, but much, much less than the moon.

No matter the outcome, these beautiful displays are exciting, and awe-inspiring. Look for the comet to be closest to the sun on November 28th. The days leading up to the 28th, or immediately after, may prove to be quite a show.

Will it out-perform current estimations to become the comet of the century? Keep tuned in, and sign up for our weekly email updates for more news on this and other spectacular signs in the heavens. 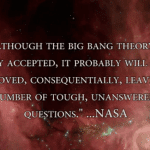 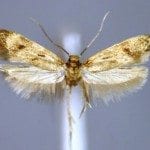