America’s Nature Guy, Peter Schriemer, reconnects families with nature in this fun travel show exploring our Wildlife Refuges. In this episode, Peter takes viewers through Seney National Wildlife Refuge in the north woods of Michigan – featuring loons, frogs, beetles, snakes, and the return of the Trumpeter Swan. This episode was the kick-off to the American Conservation Film Festival at the National Conservation Training Center in Shepherdstown, West Virginia in October, 2015.

At the dawn of the 20th Century, America was booming. The demand for lumber lead to the destruction of over 100 million acres of forest. Fashion trends lead to the killing of over 5 million waterbirds every year, just for their feathers. The American Buffalo, more than 20 million strong, had been reduced to under 1,000.

The North American wilderness was under attack, and disappearing at an alarming rate. That’s when President Theodore Roosevelt set in motion a plan to protect wild spaces and creatures for future generations. These are our National Wildlife Refuges. This is where the adventure begins.

Hi, I’m Peter Schriemer. Have you ever seen an old car that had been beat up by its owner, but then somebody else saw its real value, bought it, fixed it up, and showed how beautiful it really was? Well, it’s kind of like the place where we are today. This place had been damaged by man’s misuse of the land, but now it’s transformed. Today it’s home to the world’s largest water bird, and all kinds of amazing wildlife.

Seney is nestled in the heart of Michigan’s Upper Peninsula, heading north past the mighty Mackinac Bridge, with its breathtaking coastlines and vast wilderness, this vacation wonderland draws tourists from around the world. With lots to see and do, Seney is a perfect spot for families. During warmer months, the Refuge features an amazing 7-mile driving tour, with several observation points to view wildlife and take in the scenery.

When exploring Seney, make sure to wear comfortable clothing for the weather, and shoes that protect your feet. I take along a backpack for some key items: 1) Drinking water; 2) Bug repellent; 3) Sun screen; 4) A first-aid kit; 5) A camera or phone for taking pictures; 6) Binoculars, and 7) A trail map, which is available for free at the Visitor’s Center. I also carry a journal with me, to keep track of the things I see as I’m exploring.

So now we’re all set: Let’s get going!

The Western Half is all wilderness. The Eastern half is managed by the Refuge, with habitats for animals and trails for people.

You hear that? That is one of the beautiful voices of the Northern Wetlands, a wandering musician playing the soulful blues, echoing across the pools. That’s the Common Loon.

Loons are truly built for the water, and are champion swimmers. With their legs located far back on their bodies, they can shoot through the water like a torpedo after fish! Their design makes them perfect for diving and swimming underwater, but clumsy and awkward on land, so the only time that loons leave the water is to start family. The mother lays one to two eggs, and the parents take turns keeping them warm for about a month, until the chicks hatch. At first, the babies are too small to do much diving yet, so the parents bring them food and teach them how to dive. When the chicks get tired or cold, they piggyback on one of their parents to rest, staying warm and safe. Soon the chicks learn to dive for their own food.

Now that they are bigger, their solid bones give them more weight to dive underwater. They also show down their heartbeats, like their parents, so they can hold their breath longer, as they catch their meals.

Loons live very long lives, many returning to the very same nesting grounds in the north each year. In fact, the oldest known loon is right here at Seney. He’s been singing the blues since 1987.

Oh, there you are. Now this is one amphibian you’ll hear, and hopefully see here at Seney, and I’m going to try and catch him. This frog is called the Green Frog. Its scientific name is Rana clamitans, which means ‘loud calling’. You’ll definitely hear this little guy calling loudly across the wetlands of Seney.

These round discs are actually their ears. They are called ‘tympanic membranes’. If the ear is larger than the eye, like on this one here, then it’s a male Green Frog. An ear the same size as the eye or smaller means that it’s a female. Green Frogs can be identified by a ridge of skin that goes down part of their backs. Bullfrogs don’t have this.

Well, it’s time to let this little guy go back in the pool where he belongs.

Seney has a 7-mile road to experience part of The Refuge by car, but another way to experience The Refuge is on a bicycle. I rented this one in town so we could have some fun today. Let’s go!

The staff has worked really hard to understand how the land, plants and animals interact and work together. And that’s what we call an ‘ecosystem’. Now, they also work really hard to manage all these pools, for both animals big and small. And speaking of small, the world’s tiniest tiger is right up ahead.

Tiger Beetles can be identified by their big eyes big jaws, and tiger-like patterns often found on their wing-covers. They also, like tigers, stalk their pray, then chase. Beetles are known for the straight line down the middle of their backs, that separates their wing-covers. So ladybugs and June bugs are beetles, too. Similar to big tigers, Tiger Beetles are carnivores, which means they only eat meat. But, unlike most other carnivores, Tiger Beetles cannot eat any solid food, so they have to suck the juices out of their prey.

It’s kind of like putting all your food in a blender and drinking it. Tasty! Some Tiger Beetle species in North America can run as fast as 29 body-lengths per second. Tiger Beetles are actually one of the fastest animals on land. You’re very likely to spot Tiger Beetles on open sand dunes, dirt roads, and forested trails. So when you’re hiking around here at Seney, just keep your eyes peeled. You might just spot a Tiny Tiger!

Driving the auto tour, or biking and hiking the trails is a lot of fun. But another way to experience Seney is by floating. I rented this canoe so we could go on a river cruise. So first, let’s get water-ready.

Now the ‘bow’ is the front of the boat, and the ‘stern’ is the back of the boat where the canoe is steered. Now remember to wear clothes and shoes that you don’t mind getting wet. Now I always take a plastic bag with me to keep important things dry, like your phone, keys, and a camera. All right, looks like we’re all set. Time to have some fun!

Step low into the center of the boat, using the sides to steady yourself. Keep yourself centered and low. Let’s enjoy the Manistee River.

You know, there’s nothing like experiencing this Refuge from the Manistee River. After I take care of the canoe, we’re going to go check out the forest.

After scanning the trees, I start looking for movement along the ground. If I don’t see anything right away, I stare ahead quietly and wait for movement. Okay, we have some movement down over here, so I’m going to move in nice and slow, and see if I can catch it.

Well, here we go. This is a very well-known snake. This is your friendly neighborhood Garter Snake. You see what this snake is doing with its tongue? It’s not trying to be rude. It’s actually smelling everything around it through the air. It’s kind of like ‘tasting’ what things ‘smell’ like. Garter snakes are not always easy to find. When an animal has patterns on its body, like strikes, it helps break up the shape of the animal and make it harder to see. Well, now it’s time to let this little fellow go.

Now it’s time to head back to the pools, where we’re going to meet the world’s largest water bird. Who also happens to be a great jazz musician! Come on!

There she is: The magnificent Trumpeter Swan! Standing up to 5 feet tall, weighing about 25 pounds, with a wingspan of 6 and one-half feet, this is the largest water bird on earth! Their call sounds a little bit like a bugle, which gives them a reputation for being great jazz players! Ever read the book “The Trumpet of The Swan”? Well, it’s about a Trumpeter Swan who loses its voice, so he learns how to play the bugle. They use their bugle-sounding calls to communicate with each other and their young. The male Trumpeter Swan is very protective of his family. Being the biggest water bird on earth, means that he is big and tough enough to chase away anything that goes near his family.

The Trumpeter’s long necks allow them to gather from the lake floor. The mud here in Lake Seney is rich in iron, which stains their feathers, giving their heads and necks a brownish color. Being migratory birds, Trumpeter Swans arrive at Seney in the springtime, raise their families during the summer, and fly south again every fall.

Trumpeter Swans are so large and beautiful that, a long time ago they were desired for their skins, their meat, and their long feathers for making quill pens. They were hunted so much that, by the late 1800’s, there were no Trumpeter Swans left in Michigan. Across the country, swans were also losing their homes to people building houses and cities. By 1932, only 69 Trumpeter Swans were left in the country, on the brink of being wiped out from most of North America forever.

Then, some people got together to raise baby swans called ‘cygnets,’ and released them across America in places where swans used to live. These folks chose to protect and care for things that are important, like habitats and wildlife. This is what ‘conservation’ is all about.

In 1991, Seney National Wildlife Refuge was chosen as a site to reintroduce the Trumpeter Swan to the Great Lakes Region. All the hard work that went into creating these pools paid off in a big way, leading to one of the greatest wildlife success stories in our history: the return of the Trumpeter Swan. Today, Trumpeter Swans have made a significant comeback across North America, and their numbers are still rising. President Theodore Roosevelt, who created the Wildlife Refuge system said, “Wildlife and its habitats cannot speak, so we must, and we will.”

When you see Trumpeter Swans, remember their story. We could all make the right choices to be heroes for a while.

When visiting Seney, you can drive the auto tour, hike or bike the trails, canoe down the Manistee River, check out the Visitor Center, or join one of their many wonderful activities to learn more about the amazing wildlife that lives here. And it’s all free, just waiting for you to come and have your own adventure.

To plan your adventure, visit Seney National Wildlife Refuge on-line (www.fws.gov/refuges/seney). That’s our legacy. The wilderness is calling us, and now it’s your turn to see what you can discover, All Over The Map.

Thanks to Duane Bagaas for the volunteering the transcription work. 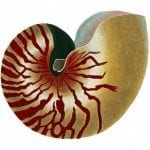 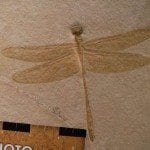