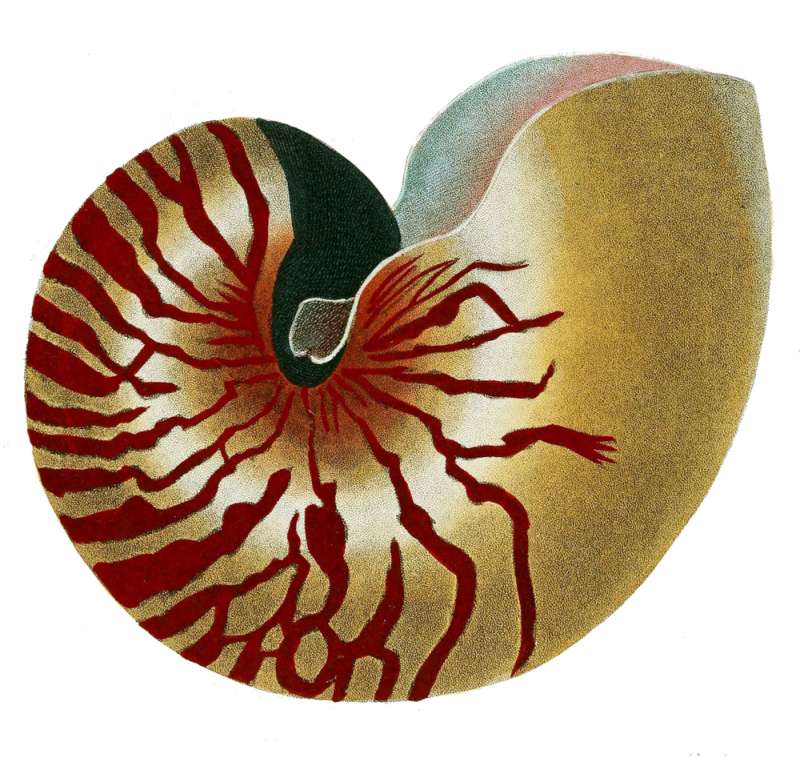 The Frauds of Evolution #8: “A Rose by Any Other Name…”

Evolutionists, Museums, and the Naming Game

Frauds and hoaxes by evolutionists come in multiple forms, as we have seen in previous installments of this series. The fraud we are examining in this current article is really slick. It never would have occurred to me to look for, or even think of, this type of fraud. You have to give the evolutionists credit in this regard: they are very cunning and crafty and creative when it comes to perpetrating propaganda and deception. It is their greatest talent, after all. The guilty parties in this particular fraud are 1) the administrators of virtually all of the evolution-promoting museums and 2) the namers of fossil specimens. Would to God that their sophistication would turn to the truth! (But there I go digressing again already and I haven’t even started!)

I was tipped off to this particular fraud of evolutionists by former evolutionist Dr. Carl Werner and completely oblivious to it until only very recently when I happened upon a book and video, or actually two videos on YouTube, featuring Werner as guest on the program, Origins. Werner has contributed something very significant to the body of knowledge in the creation-evolution controversy, and we all owe him a debt of gratitude for his relentless research which went into this project. What follows is an extremely important scientific issue which should loom large in the consciousness and publications of creationists, both written and visual. It is worthy of widespread dissemination, and I urge the reader to follow the links to the videos and/or to obtain Werner’s book, “Living Fossils,” part of his “Evolution: The Grand Experiment” series. The videos are a very abbreviated form of his book. 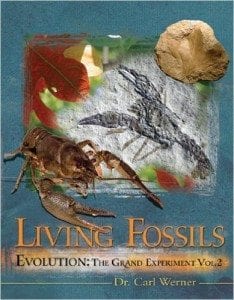 Evolutionists and the Naming Game

The main issue I want to highlight from Werner’s investigations is the naming game. Werner notes:

“While Debbie [Werner’s wife] and I photographed many modern-appearing plants and animals found in dinosaur rock layers, not one fossil was assigned a modern species name.” –pg. 14, emph. supp.

I urge the reader to linger over Werner’s statement above long enough to let its significance settle in. In order to conceal the reality of the continuity and stasis of biological organisms, the evolutionary establishment takes the fossils (of still-living species) found in dinosaur-layer strata, and pretends, by means of its naming scheme, that the fossils named are extinct, or distantly related to living animals and plants, even though no significant distinction can be detected. The rationale? Well, the fossils are found in dinosaur-layer strata and so “must” be the remains of more “primitive evolutionary precursors” of their contemporary descendants.

In the videos, Werner focuses upon the nautilus for purposes of illustration of his point. The modern, living nautilus is assigned the genus name of Nautilus, and the species name of pompilius, Nautilus pompilius. Yet, for some reason (I wonder what reason that could be?) a fossil nautilus from dinosaur-layer strata, indistinguishable from the modern nautilus, was assigned the name of Cymatoceras texanum, not only a different species name, but even a different genus name!  Given the clear affinity of the fossil to the living nautilus (see pg. 84-85 of Living Fossils), what justification is there for assigning a completely different genus and species name? The only justification for this genus/species classification appears to be the strata location of the fossil! There is clearly circular “logic” at the root of this naming scheme. 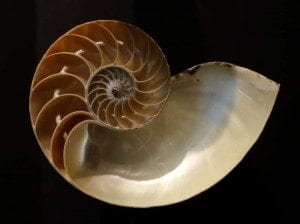 In the book Werner goes systematically though every biological classification of animals and plants, example after example, and demonstrates that this “naming game” has been practiced by evolutionists all the way across the spectrum of the entire animal and plant kingdoms. The intent of the evolutionists is to portray to the public a past world of exotic animals and plants utterly different than our contemporary world, when, in fact, that world was not much different than today, minus some extinctions. Very clearly, the taxpaying public, whose money is funding these endeavors, have been the victims of a confidence game of agenda–driven “science.” Since these endeavors are used to pry open the public purse wide and deep, I do not think it is unfair to characterize this endeavor as a swindle.

Werner is hosted in the videos by Dr. Don S. Chapman on Chapman’s show, Origins. Chapman asks Werner in one segment whether this is all deliberate deception on the part of the evolutionists or a result of ignorance. Werner (being unduly gracious) answers Chapman that he does not know whether this is all deliberate or just the result of a mindset. Werner is simply too much of a nice guy to state the obvious. Of course it is all deliberate. The namers of the fossil specimens are trained scientists, specialists, who know very well the affinities of the fossil specimens they assign genus and species names to. They are simply playing partisan science (if “science” it can be called) in this endeavor and groveling with slave-like subservience and allegiance before their academic masters (who may very well terminate their employment if they do not play along with the naming game hoax).

Pg. 232: “There were discrepancies in the types of fossils museums displayed [regarding known existing organisms contemporary with the dinosaurs—T.S.]. Not once, at the 60 museums we visited, did I see a fossil of a modern type of bird found with a dinosaur. Yet, when I interviewed the scientists, they were aware of many examples. Similarly, even though nearly 100 complete mammal skeletons from the dinosaur era have been collected, I saw only two exhibited in museums.”

From which I conclude that a minimum of 98% to possibly 100% of museum curators and administrators lack professional integrity when it comes to the issue of evolution. Call me “judgmental” if you like. Prove me wrong. Okay, I’ll indulge you and split the difference: call it 99%.

(But professor, I thought birds evolved from dinosaurs, not lived along side of them…?)

And finally mammals: including the opossum, hedgehog, platypus, echidna, shrew, beaver and Tasmanian devil. (Check out this article about a large fossilized mammal found with dinosaurs in its guts.)

(But professor, I thought mammals came after dinosaurs had gone extinct 65 million years ago…?)

Werner emphasizes strongly that not only are fossils of perfectly modern organisms in dinosaur-layer strata assigned different species names than their living examples but also different genus names! That even different genus names are assigned to fossil specimens with clear affinity to now-living organisms is proof enough for me personally that there is deliberate deception and muddying of the waters going on.

Werner did not mention that this naming-game hoax wreaks absolute havoc with interested investigators, including evolutionists seeking to correlate supposed “phylogenetic sequences.” This practice makes it literally impossible to realistically correlate and research specimens via any linguistic cataloging system and effectively shuts down such research. The only remaining avenue is painstaking, specimen-by-specimen, visual comparison. The naming game creates a gargantuan chasm to cross even for informed specialists. (That the evolutionary fossil namers are willing to erect such an effective roadblock to investigation clearly manifests that they know the anti-evolutionary implications of the data in their possession.) This is where the sheer extent of Werner’s work and efforts must be appreciated. Werner has managed, by sheer meticulousness and effort spanning years, to bridge that chasm.

Werner also documents evidence of modern plant life and dinosaurs together, but I will leave that to you, the reader, to investigate for yourself. It is just as significant as the animal evidence.

Werner should have added one more example. Werner does not mention it, either in his book or his videos (maybe he does not want to incite the all-out wrath of the academicians), but there is yet another very significant species of modern mammal that has been found in dinosaur-layer strata, supposedly 110 million years old. The assigned genus name of this mammal found in dinosaur-layer strata  is “homo” and the assigned species name is “sapiens.” Yes, that’s right: skeletons of human beings have been found in dinosaur-layer strata presumably 110 million years old (by the evolutionists dating schema), specifically five men, four women and a child. This has all been meticulously and irrefutably documented and proven by Dr. Don Patton, et al.

Patton’s documentary regarding “Malachite Man” is one documentary that every creationist should see. It is without question one of the most important discoveries in the history of science and utterly demolishes the evolutionary fairy tales of the religion of Naturalism in a single stroke. The evolutionists have absolutely no answer to this fact other than to make the asinine claim, without any evidentiary foundation whatsoever, that the finds are fabrications, hoaxes. Patton has also documented the excavation of human and dinosaur footprints together and even of human footprints inside dinosaur footprints. Patton has invited famous atheist Richard Dawkins to come to Texas and examine the evidence for himself, but to date Dawkins has refused to do so. (I wonder why?) The parallel between the Inquisitors of the Roman Catholic Inquisition refusing to look through Galileo’s telescope and Dawkins’ refusal to look at the dinosaur-human connection documented by Patton, et al, is rife with irony.

Museums and Their Presentations

Werner visited 60 museums with his wife, Debbie, who is the photographer. She took over 60,000 (very high-quality, high definition) photos of museum specimens of dinosaur “era” fossils. Werner compared them to modern specimens, proving their affinities.

Another aspect of the museum fraud unmasked by Werner, which I alluded to above, is the museums’ “recreations” of the “world of the dinosaurs” in their presentations which almost invariably portray a world devoid of modern animals and plants. Werner has convincingly demonstrated that these portrayals are fraudulent. Every single phylum of modern animals and plants co-existed with the dinosaurs. These presentations are used in tandem and coordination with the naming game.

So why don’t the museum administrators display ALL the varieties of the fossils they possess in their “world of the dinosaur” displays? Why not put the owls and the ducks on display next to the dinosaurs? They have possession of the fossils. Why don’t they bring out the contemporary bird and mammal and plant fossils found in dinosaur-layer strata from the back rooms and display them also alongside of the dinosaurs to the public at large?

In our next installment of the frauds of evolution, we will look at the subject of the decreasing speed of light, Barry Setterfield and the age of the universe. 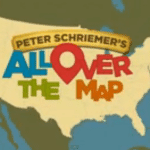