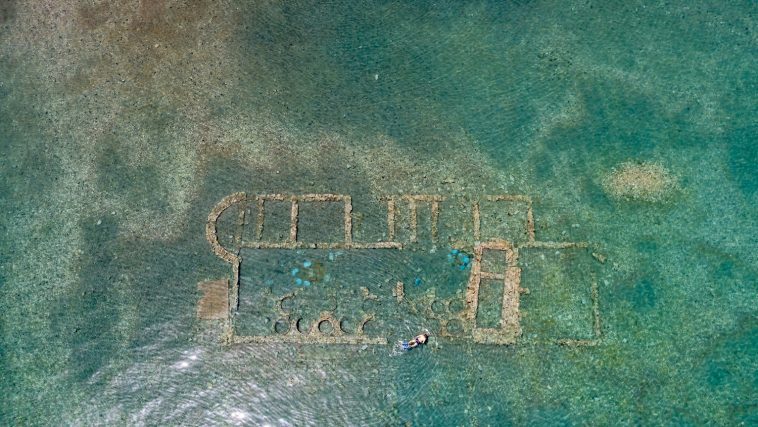 [Originally published as Remains of Cities Built on the Continental Shelf]

Some of the world’s greatest mysteries are the remains of cities, temples, and other manmade structures all over the world on the earth’s continental shelves below the surface of the oceans. A few are found in sites only tens of feet below the ocean surface. Others are found in places now buried a few hundred feet deep.

The remains have been subjected to ocean currents, as well as chemical and physical erosion for thousands of years. Part of the mystery is to puzzle over why there are any remains of man-made structures at all.

Divers have discovered the ruins of manmade constructions off the coast of Alexandria, Egypt, in the Mediterranean Sea. They have documented remains of columns and walls that were made of huge, precisely-cut granite blocks, along with sphinxes and other statues.

In an area about three miles northeast of Alexandria in deeper water, the remains of hundreds of feet of walls can be found. The walls are made of limestone blocks with each block measuring 8 feet x 8 feet x 4 feet.

More recently, in another area off the coast of Egypt, dramatic discoveries of huge statues of gods, goddesses, and rulers have been uncovered from thick layers of mud. Remains of ships, anchors, and numerous other artifacts were also discovered. Plans are underway to build a museum that will allow some of the underwater remains to be viewed.

Coasts Around the World

Off the coast of northeastern India are the remains of an underwater city, thought by some to be the ancient mystical city of Dwarka. Other remains of underwater manmade structures and cities have been discovered off the coasts of

Plato mentioned a city known as Atlantis that disappeared beneath ocean waters.

Another recent discovery of an underwater manmade site off the coast of Manasota, Florida, supports the idea that sea levels have risen dramatically during the past few thousand years.

A diver discovered what appeared to be some kind of manmade structure twenty-one feet below sea level and reported it to a group of Underwater Archeology scientists. The group explored the site and found human bones, textiles, and sharpened wood stakes in what seemed to be an old peat-bottom pond.

Explanations of What Happened to Drown These Places

The explanations for why these sites were covered by oceans are quite varied. Earthquakes and tsunamis are the most frequently suggested reasons. Some scientists even accept the more bizarre ideas that they were built by aliens from space. But, quite likely, archeologists may be overlooking the most logical explanation of all.

After the flood, the ocean waters would have been warmed by being exposed to hot magma released from tectonic breaks in the crust, as well as from numerous volcanic eruptions in the ocean. At the same time, the volcanic ash in the air would have caused the earth to cool.

The unique combination of warm ocean waters and cooler summers would have resulted in the Ice Age that lasted about 500 to 800 years. The areas near the equator would have received an abundance of rain, while the areas beyond the temperate zones would have received huge amounts of snow. As massive ice packs gradually built up on land, the sea level would have gradually become lower, exposing large areas of the Continental Shelf.

The descendants of the flood survivors lived in a common area known as Babel for a period of time. During this time, they had great success in restoring the science and technologies of the pre-flood civilization.

Then God intervened, and they began to move to other places around the world. They often built structures next to the ocean during the Ice Age. The earliest civilizations appeared to spring up at almost the same time. Using the knowledge they were able to recover from the pre-flood civilization, they built their cities and other structures.

The underwater remains, found all over the world, contain similarities that indicate a common origin at one time.

As the ocean level gradually began to rise near the end of the Ice Age, melting ice returned water to the oceans.

In your opinion, which version best explains the widespread remains of well-engineered underwater cities and other structures?

Underwater pictures of some of the submerged remains can be seen at www.GrahamHancock.com and www.Morien-Instutute.org. Search engines can also reveal other sites. Look for “underwater megalithic structures.” 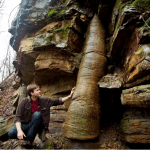