The theory of evolution is just one more example of paganism and atheism overtaking the core foundations of Christianity.

Evolution is not a new concept, and even the gradual ascent to higher complexity from microorganisms was a structured part of ancient Greek philosophy.

As Arabic logic and reasoning began to propagate, the Greek origin theories consequently faded from view.

The pendulum began to swing back toward the ancient view of evolution in the mid 1800s, during which time Darwin spent years on a ship writing out his naturalistic observations.

His seminal work, On the Origin Of Species, included a classic bait and switch tactic that worked phenomenally.

He would expound on the observable inter-species change that empirical science supports…. and then follow with the idea that a species could also evolve into an entirely different species.

He portrayed the preposterous idea of Aristotelian evolution in a light that would be accepted by his scientific peers.

To believe in the ancient Greek myth of evolution requires quite a leap of faith.

Sorry, Charlie… I don’t have that much faith in man. 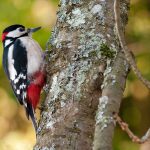