As the end of this video points out: How much more would we have discovered by now if so many of today’s scientists weren’t trying to prove something contrary to God’s testimony of creation?

I’m a retired television and radio broadcast engineer, producer, director, and on-air personality. As a Christian and graduate Electrical Engineer, I’ve spent the last 40 years or so fascinated by the relationship between the Bible and science. My primary sources of post-retirement income are as a voiceover talent (www.VoiceOfReason.site) and as a designer and constructor of television production facilities for churches, schools, and universities as well as conducting training workshops in television production. I’m a ham radio operator (K9OJI), having been licensed for almost 60 years, and I volunteer as a television camera operator and director at my church, Next Level, in Fort Myers, Florida. Find me at Stevan's Scripture Science Blog 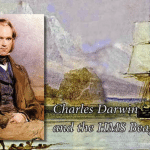 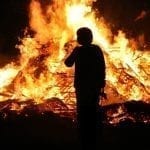