Escherichia coli (E. coli) are the workhorses of the bacterial world. They are found in every human being and most warm-blooded animals, but they are also found in laboratories all over the world.

Because they are easy to care for, reproduce quickly, and have a genome that is reasonably well-understood, they are a popular subject of study among biologists. In addition, they end up producing a lot of chemicals that we need but are unable to produce ourselves. For example, insulin is a protein that all people need, but some people don’t make enough of it (or don’t respond well enough to it) to remain healthy. That leads to diabetes, and one treatment for diabetes is regular insulin injections. 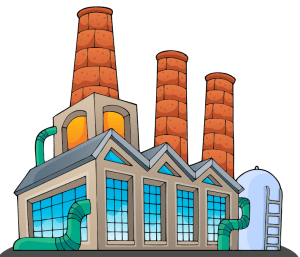 While the insulin in pigs and cattle is close to what we find in people (and was used to treat diabetes for a long time), the best insulin for most diabetics is human insulin. Unfortunately, even with the best technology available, we aren’t good enough chemists to make insulin, but simple organisms like bacteria are. As a result, scientists have learned how to insert the human gene for insulin into a bacterium, which allows the bacterium to do the chemistry for us. As a result, much of the insulin used to treat diabetics today is human insulin produced by E. coli bacteria. 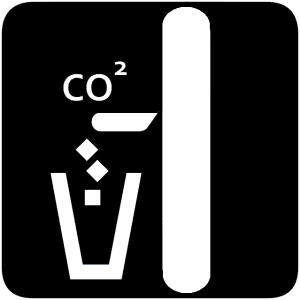 There are technical problems with that, however, so right now, diabetic insulin (and many other medically-related chemicals) adds to humanity’s “carbon footprint.” There are two ways to fix this: Either figure out how to use organisms that don’t have to eat (like organisms that make their own food through photosynthesis) or change E. coli so that it doesn’t have to eat.

In a recent study, scientists have been working on the second alternative and have experienced some success. As a byproduct, they have produced something that can be used to test creationism.

As a result, they decided to use laboratory evolution to get the job done. They started giving the genetically-modified E. coli a sugar that the bacteria want to eat, but they then started increasing the amount of carbon dioxide in the surroundings while decreasing the amount of sugar given to the bacteria. After about 200 days, they observed that some of the bacteria were not eating the sugar. After about 350 days, they eliminated all sugars from the experiment, and they found that a population could sustain itself. They had successfully produced a population of E. coli that no longer needed sugar as a raw material for their chemical reactions.

Now before you start thinking about the possibilities of chemicals being produced without carbon dioxide emissions, there are two major issues. The chemistry that a bacterium must do to stay alive (and to make the chemicals we want it to make) takes energy, and carbon dioxide cannot be used to produce it.

So while the bacteria can use carbon dioxide as the raw material they need to make their chemicals, they still have to get energy. They do that by taking in a one-carbon chemical called formate and burning it. That, of course, produces carbon dioxide – more than what is consumed by the chemistry that is being done. Thus, there is still a net output of carbon dioxide, but that output is less than a normal population of E. coli. The authors suggest making the formate used by the bacteria from carbon dioxide using renewable energy sources, so there is no net carbon dioxide production from the formate.

However, there are technical problems associated with scaling that up to what it needs to be for producing medically-related chemicals in the amounts needed to make this economically viable. The other problem is that right now,

These bacteria are not very efficient.

They are roughly 54 times less active than normal E. coli, so once again, they cannot be used in a viable way to make medically-related chemicals. Also, they can only exist if 10% of the atmosphere is carbon dioxide. Since the earth’s atmosphere is only 0.04% carbon dioxide, additional energy must be expended to enrich the bacteria’s surroundings with carbon dioxide.

As a result, the most interesting aspect of this research isn’t its ability to reduce the medical industry’s carbon footprint. It’s the fact that scientists could radically alter an organism so that it no longer uses what it was designed to use to do its chemistry.

To me, however, there is another very interesting aspect to all of this. Some people (like Bill Nye) claim that creationism does not make testable predictions, which is the principal characteristic of a scientific theory. When they make such statements, they are only displaying their ignorance. In fact, one reason I am a creationist is because of creationism’s success at making testable predictions that are confirmed by the data. This study allows another opportunity to do just that.

We know that part of what produced the bacteria in the study was laboratory evolution. However, exactly how the evolution occurred has not been determined. They can tell you what mutations were produced in the evolutionary part of their experiment, but they can’t say when or how they happened.

As a result, it is not known whether this is

Fortunately, there is a way to test this:

See How Easy it is to Recreate the Experiment

There are enough mutations in this new version of E. coli to say that if they are random, the odds of reproducing the result is very, very low. It could be done, but it would take many, many attempts. However, if this is the result of mutations that were produced by the genome’s design, then it should be very easy to get the same result. It might not happen every time, but it should happen with only a few attempts.

Now I have to admit that this isn’t much of a prediction. After all, we have seen it before. In Lenski’s long-term evolution experiment, a population of E. coli were produced that could eat a chemical called “citrate” under conditions in which they normally couldn’t eat it. While this was hailed as a result of random mutations filtered by natural selection, intelligent-design scientists have shown that it is very easy to replicate, which rules out random mutations. As a result, it is an example of mutations that the genome was designed to make.

It is rather easy to predict that this current experiment is another result of the same process. Nevertheless, I look forward to seeing it confirmed. 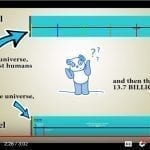 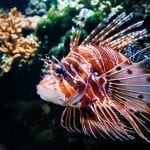