Trust God - Not your church leaders.

Should we blindly trust our church leadership to tell us what the Bible means? My article “Stop Ignoring the Dinosaur in the Room!” referred to a New York Times article that extolled people for doing this because they “had more freedom to accept science.”1 But are these people missing something? Are their church leaders putting their trust in what the scientists are telling them? And what is the worldview of these scientists? Do they have biases?2 What is their view of God and the Bible?

This Times article quotes church teachers who were actually critical of denominations that place “much greater emphasis on Scripture alone.” One stated, “The Bible does not interpret itself,” and, “they place the final authority for that interpretation” on their church leaders.

But is this a bad thing?

I would be the first one to agree that there are great Bible teachers who spend their lives studying the scriptures. And they can offer us great insights. I myself have been greatly helped by great modern day theologians.

The Bible gives us the example of Ezra as a great teacher of the Law of Moses. “This was because Ezra had determined to study and obey the Law of the LORD and to teach those decrees and regulations to the people of Israel.”(Ezra 7:10 NLT). But what else does the Bible say?

The Gospel writer Luke praises the church in Berea stating: “They searched the Scriptures day after day to see if Paul and Silas were teaching the truth.” (Acts 17:11 NLT).

Martin Luther understood this. He translated the Bible into German so that the average person could read the Bible and not depend on the church telling people what the Bible said and what it meant.3 He even formed a committee to help him translate, because he did not entirely trust himself to give the best possible translation.

William Tyndale was martyred for translating the Bible into English. He was criticized for putting the Bible above church teaching. His response was:

If God spare my life ere many years, I will cause the boy that drives the plow to know more of the scriptures than you!4

Later, Henry VIII, who was the one that martyred Tyndale, authorized the Bible to be translated into English as a part of the break with the Catholic Church and Henry making himself head of the Church of England.5

The unintended consequence was people read it! They could decide for themselves whether or not what church leaders were telling them was correct. This played a major role in the Reformation and even the founding of the United State of America. The Puritans and the Pilgrims, who fled England due to persecution for their biblical beliefs, had the Geneva Bible, a later English translation that was based largely on William Tyndale’s translation.6

Man has learned a lot since the Reformation. But people are still people. None of us are infallible—including the highly educated.

Jesus said: “I praise you, Father, Lord of heaven and earth, because you have hidden these things from the wise and learned, and revealed them to little children. Yes, Father, for this is what you were pleased to do.” (Matthew 11:25 NLT).

And Paul, who was very educated himself, also warned us that the “wise” may not necessarily get it, making the point:

Paul did not want people putting their trust in church leaders—even him! He chastised the Corinthians for doing just that, stating:

When it comes down to it, does a church leader necessarily know any more about science than you do? Are you putting your trust in people who are putting their trust in what scientists are telling them? Scientists, the more honest of whom admit:

It is not that the methods and institutions of science somehow compel us to accept a material explanation of the phenomenal world, but, on the contrary, that we are forced by our a priori adherence to material causes to create an apparatus of investigation and a set of concepts that produce material explanations, no matter how counter-intuitive, no matter how mystifying to the uninitiated. Moreover, that materialism is absolute, for we cannot allow a Divine Foot in the door.7

I will trust the Bible. 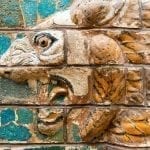