I have been working on my new book, Science in the Atomic Age, which (Lord willing) will be published this summer. In the section where I cover the nervous system, I compare a mouse brain and a human brain to computers. It’s rather fascinating. Below, you will find a slightly-edited excerpt from that discussion. Please note that the students have already learned that neurons are cells found in nervous tissue and that the integumentary system is the system of organs that makes your skin:

The brain has three major divisions:

In addition, remember that neurons need energy to stay alive and do their job, while computers need energy (in the form of electricity) to do their job. The personal computer simulating a mouse’s cerebrum was not only a lot slower than the mouse’s cerebrum, but it also consumed 40,000 times more power! In other words, a personal computer is very slow and inefficient compared to the cerebrum of a mouse.

What Does This Mean?

Now before we continue this discussion, I need to make two points. The first one is obvious. Since our very best computers can’t come close to simulating what we know happens in a human cerebrum, it is rather obvious that the human cerebrum is very well designed. It should be, since it was made by the ultimate designer, God.

But let’s consider the mouse’s cerebrum. Even though we can simulate what we know happens in a mouse’s cerebrum with a good personal computer, the computer is still very slow and inefficient compared to the mouse’s brain. Once again, that’s because the ultimate Designer, God, makes better things than we can.

The second point is also very important. Did you notice how I kept saying that computers can “simulate what we know goes on in a” cerebrum. The “what we know goes on” is very, very important. We don’t know everything that goes on in a cerebrum, and even if we did, we probably wouldn’t understand it. We know a lot about brains, but most scientists who study the brain will tell you that there is probably a lot more that we don’t know! 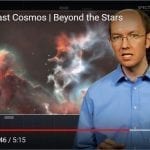