In an earlier series, we examined the Scopes Trial, which laid the groundwork for declaring science class an official battleground when it comes to what our children are taught regarding the origin of life. We witnessed Darrow’s brilliant strategy which succeeded in setting the precedent for erroneously framing this battle as religion vs science. The court cases that followed have had two results: 1) the theory of evolution has been legally afforded a “protection” against any rival scientific theory in the classroom;  2) Christians have been effectively excluded from objecting to any school curricula that promotes the indoctrination of our children simply because we believe in a Creator. Let’s take a look at the legal history resulting in the victory of censorship.

As I mentioned above, the Scopes Trial set a damning precedent for all future trials. However, the social backlash was not immediate. On the contrary, the result was somewhat of an anti-evolution movement which continued throughout the following decades. During this time, Arkansas and Mississippi passed legislation prohibiting the teaching of evolution in the classroom.

Therefore, until 1965, science textbooks in Little Rock, Arkansas didn’t contain a section on evolution. A new textbook was adopted for the 65′-66′ school year that did cover the theory of evolution. In response, Arkansas science teacher, Susan Epperson, sought a declaration to void the Arkansas statute so she wouldn’t be fired for teaching from the textbook.

In October 1968, the case was finally argued before the Supreme Court. Court analysis concluded that the statute sought to prevent public school teachers from presenting evolution because it was contrary to the belief of a particular religious group. Based on that finding, in November 1968, the court held that the law was unconstitutional because the government “must be neutral between religions and between religion and non-religion. In addition, the government should not “aid, foster, or promote one religion or religious theory against another.”

The imperative here is that the government must maintain neutrality between religion and non-religion. Unfortunately, subsequent court decisions have failed to follow the precedent set by this case.

In 1981, Louisiana enacted the Balanced Treatment for Creation-Science and Evolution-Science in Public School Institution Act. This act didn’t require that either be taught, but if one theory was presented, then the other must be as well. Sounds fair. Proponents of the act pointed out that it had a secular purpose, meaning creation science IS science- not the promoting of a religious belief.

Don Aguillard, a high school advanced biology teacher in Louisiana, felt that having to teach creation science was unconstitutional. So, he sued Edwin Edwards ( the governor of Louisiana at that time).

In December 1986, the case was argued in front of the Supreme Court. By this time, the court had adopted the “Lemon Test” (Lemon vs Kurtzman 1971) which details a three pronged approach to detailing legislation regarding religion.

The three prongs are as follows:

With this in mind, marvel at the decision of the Supreme Court: The court found that the act did not grant teachers greater flexibility. It further found that the act was discriminatory by requiring the development of curricular guidelines and research for creation science to the exclusion of evolution. The court held that the state legislature had a preeminent religious purpose in enacting the statute and that they were attempting to advance the religious viewpoint that a supernatural being created humankind. The Act was struck down in June 1987.

If you disagree with this Supreme Court decision, you’re in good company. Chief Justice William Rehnquist and the late Justice Antonin Scalia both dissented. They accepted the Act’s stated purpose of “protecting academic freedom” as a sincere and legitimate purpose. Furthermore, these Justices construed the term “academic freedom” to refer to “students’ freedom from indoctrination,” in this case their freedom “to decide for themselves how life began, based on fair and balanced presentation of scientific evidence.”

In April 1994, the school board of Tangipahoa, Louisiana adopted a policy mandating that a disclaimer was to be presented before any discussion of evolutionary biology. The disclaimer stated:

Whenever, in classes of elementary or high school, the scientific theory of evolution is to be presented, whether from textbook, workbook, pamphlet, other written material, or oral presentation the following statement shall be quoted immediately before the unit of study begins as a disclaimer from endorsement of such theory.

“It is hereby recognized by the Tangipahoa Parish Board of Education, that the lesson to be presented, regarding the origin of life and matter, is known as the Scientific Theory of Evolution and should be presented to inform students of the scientific concept and not intended to influence or dissuade the Biblical version of Creation or any other concept.

It is further recognized by the Board of Education that it is the basic right and privilege of each student to form his/her own opinion or maintain beliefs taught by parents on this very important matter of the origin of life and matter. Students are urged to exercise critical thinking and gather all information possible and closely examine each alternative toward forming an opinion.”

In Part 2, Court rulings go from bad to worse… 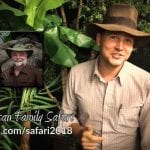 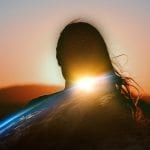