How old is the earth? Does evolution disprove the Bible? What about dinosaurs? Did God use evolution to create everything? Is God even real, or is He just a myth?  People have a lot of questions about our origins.  Of course, some people don’t like talking about origins. Often, this is because they don’t like the controversy or think that it doesn’t matter to them because they personally think that science is “boring”. Regardless of what camp you are in (curious, apathetic, or thinking you know all the answers), knowing where we came from is crucial to understanding our identity and purpose as individuals. What you think about your origins will have a profound effect on the way you live your life.

Because questions about our origins are so important, I’m going to spend the next six weeks going over the basics of origins, science, and the Bible, answering a few of the most common questions I hear from people. In this series, we will cover the Biblical creation account, evolution, the age of the earth, dinosaurs, and the impact of how people think about origins.  While this series will by no means be exhaustive, I will provide some helpful resources where you can learn more about each topic at the end of the article if you would like.

Let’s jump in and address the first big question about our origins:

For finding answers to any question, the best place to start is by gathering clues, like a detective. Let’s ask a few questions about this question to help us find the answer; What are origins? What is Science? What is religion?

Just like in solving a mystery, we can gather clues, do chemical tests, and evaluate evidence, but the most powerful, needed evidence about history comes from an eye-witness account. Sometimes the facts, or evidence, can be put together several different ways and an eye-witness is the only thing that will clear up the mystery. To learn about history, we must know who is a trust-worthy witness and who is not. No matter what origins account you hold to, you must start with a set of beliefs, or a worldview.  These beliefs include who or what you think is trust-worthy. That leads us to the next question, asking if the Bible is a trust-worthy source for history.

“Does the Bible contain reliable history?”

There are many questions people have about the Bible, but many point back to this core question, asking if the Bible is reliable history.  Here are some clues that speak of the historical reliability of the Bible:

Claims to be inspired by God
Only trust a witness who claims to be a witness. Since the Bible claims to be the inspired Word of God (see Daniel 9:2, 1 Timothy 5:18, and Mark 12:36), we should at least hear it out and not just dismiss it right away. Throughout the Bible it is re-affirms itself as the Word of God.

Manuscripts
There are way more copies of Bible manuscripts than of any other ancient writing. Much of the New Testament was written soon after Jesus’ resurrection.  The copies of the same passages always match, with about 99.5% accuracy overall, even if there are many years between copies. These manuscripts were copied very carefully over the years.

Archeology
Although once thought to disprove the Bible, we now know that archeology provides a lot of support for the historical accuracy of the Bible. Names and places in the Bible have been found in recent archeology, including King David, Daniel, Pilate, and Sodom.

Unity of the Bible
Despite the fact that the 66 books of the Bible penned by over 40 different authors in 3 different languages over the course of about 2,000 years, it remains consistent. It does not contradict itself and maintains a common theme of redemption.

Scientific accuracy
Long before microbes were discovered by scientists, the Bible gave instructions about hand washing to avoid sickness. It also spoke of atoms, innumerable stars, and ocean currents before these things were “discovered”.

Taking all of these clues into account, doesn’t it look like the Bible is a fairly reliable source for historical information?  The history in the Bible has a reputation of being accurate and trust-worthy.  Today we have covered some basics about worldview, history, and the Bible, answering the first two questions.  Next week we will address questions about the creation account in Genesis.

On Worldviews & “Religion vs. Science”:

On History & the Bible: 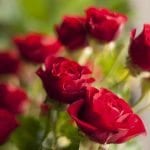