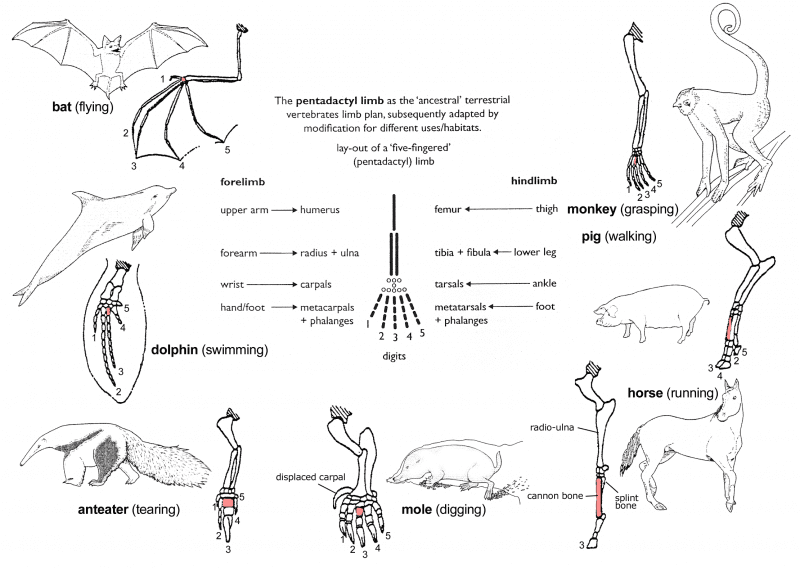 [Originally published as Homology vs. Engineering]

The Creation is Engineered—Not Evolved!

The naturalistic interpretation of similar structures in lifeforms, called homology, is a bedrock of evolutionary biology.

A similarity often attributable to common origin, or. likeness in structure between parts of different organisms due to evolutionary differentiation from the same or a corresponding part of a remote ancestor.

The Penguin Dictionary of Biology defines homology like this:

In evolutionary biology [homology] denotes common descent. Two or more structures, development processes, DNA sequences, behaviors, etc. usually occurring in different taxa, are said to be homologous if there is good evidence that they are derivations from (or identical to) some common ancestral structure, developmental process etc.

The Oxford Dictionary of Science defines homologous as follows:

Describing features of organisms that have the same evolutionary origin but have developed different functions. For example the wings of a bat, the flippers of a dolphin, and the arms of a man are homologous organs, having evolved from the paired pectoral fins of a fish ancestor.

This study is called science by academia. But is it really? And what can we learn regarding homology from reality expressed by decades of engineering study and practice?

The first thing we notice in these definitions is the foundational assumptions underlying them.

I submit that these are totally presuppositional and not based on any observational science as normally understood.

No one has ever seen these evolutionary processes actually occurring. They are just assumed to have occurred. These assumptions are forced by the artificial need for evolutionary biology to explain the origin and variety of life without a Creator God.

Engineering is also called applied science. A formal definition could be:

The art and science by which the properties of matter and sources of power in nature are made useful to man in structures, machines and manufactured products.

The fact is, however, that everyone uses the principles of engineering whenever they attempt to solve a physical or natural problem they face in daily life. Engineering really is a formal way of describing a problem so that a solution can be found using whatever tools and methods that are available. Engineering is problem recognition and solving. In addition, engineers build on the previous progress of others or the hints provided by God in the creation to solve problems.

Henry Petroski explains this by way of a hypothetical example:

For it is attention to all aspects of the long evolutionary process by which such a thing as a rotting log across a stream becomes a corrosion-free suspension bridge across a strait that we discover the essence of engineering and its role in civilization.

Petroski provides us with a sense of what engineering is, as well as the use of the word “evolutionary” in its original meaning.

Note that engineering progress is often the result of mankind’s borrowing the designs of God. This way of thinking has recently become a formal field of study with the name biomimetics. Mechanical engineer Dr. Stuart Burgess calls this field by another name, “Inspiration Creation.”

In a person’s garage one may find varieties of the same tool, such as end wrenches, box wrenches, adjustable wrenches, pipe wrenches, socket wrenches etc. There will be different sizes of wrenches as well.

Because of his education, training, and experience, any engineer will instantly know that the larger or more complicated wrenches did not evolve unassisted over periods of time from the smaller or simpler wrenches or vice versa. The engineer will be certain that intelligence was needed to design and manufacture all of the wrenches. Everyone else will intuitively come to exactly the same conclusion.

For similar examples we could conduct similar experiments with silverware, sewing tools, or any number of other combinations of things—always with the same results.

Homology depends on the observation that there are similarities in plants and animals. Evolutionists would have us believe that these similarities prove ancestral relationship, and they ignore a perfectly reasonable alternate observation of design by an intelligent Engineer.

Evolutionists have faith in a process never seen in the present or in the past.

On the other hand, a belief based on real world experience is one that looks at the complexities of living things and assumes they were designed just as were the simpler things that humans make.

These qualifications match those of the God that is described in the Bible.

As an engineer I soon learned that designing and building structures, machines, and manufactured products is a very difficult task. The second law of thermodynamics that rules the universe causes serious friction problems in machines and poor efficiencies in engines. Gravity, the forces of nature, and unforeseen issues cause machines to rust away and structures to crumble and fall.

Yet in spite of these evidences, the evolutionist explains the natural world as the result of everything from nothing for no reason as a result of the random-chance interaction of matter. This just does not match up to engineering education and experience or common sense. Biological evolution is not reality! 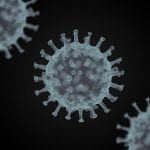