Imagine watching an interview on television and hearing a blind, deaf, wrinkled, hunched-back, bedridden man claim that he was 130 years old. Although many would likely be skeptical of such a declaration, if ever there was a man in modern times to live 130 years on Earth, he surely would have looked as worn out as this man. Imagine, however, if a quick-witted, strong, marathon runner with fair skin, thick, dark hair, low blood pressure, high bone mineral density, good memory, etc., claimed to be 130 years old. What reasonable individual would believe such a claim? Virtually everyone would doubt the declaration, especially the doctors, who had found the man’s overall health to be comparable to that of a 20-year-old.

Now take a step into the world of evolutionary science. According to evolution’s assumption-based geologic timetable, since dinosaurs supposedly became extinct 65 million years ago, any dinosaur fossil found in the ground must be at least 65 million years old. But what if the fossils don’t “appear” to be that old? What if, when inspected by scientists, various dinosaur bones around the world were discovered with “highly fibrous,” “flexible,” and “resilient” bone tissue that “when stretched, returns to its original shape” (Schweitzer, et al., 2005, 307:1952,1953; Schweitzer, et al., 2007, 316:277)? What if proteins such as collagen were found, along with “haemoglobin, elastin and laminin, as well as cell-like structures resembling blood and bone cells” (Hecht, 2009)? Would evolutionists come to a similar conclusion as most everyone would about a marathon-running, 130-year-old? Apparently not.

In the last few years, scientists have reported unearthing a variety of dinosaur bones from around the world that contain intact protein fragments (see Lyons, 2007), including collagen, hemoglobin, elastin, and laminin. Amazingly, once the minerals are chemically stripped away from the apparent soft tissue, the researchers were even able to squeeze round, dark-red-to-deep-brown microscopic structures from the presumed dinosaur blood vessels (Perkins, 2005, 167[13]:195). However, since, according to evolutionist and Science writer Robert Service, “proteins in tissue normally degrade quickly after an animal dies,” the research by Dr. Mary Schweitzer and her colleagues has remained “controversial” and “contentious” (Service, 2009, 324[5927]:578; cf. Schweitzer, et al., 2005; Schweitzer, et al., 2007).

Since Schweitzer published her findings in 2005 and 2007 about “68-million-year-old” T. rex soft tissue, a much more thorough study has been done on an “80-million-year-old fossil from a duck-billed dinosaur” (Service, 2009, p. 578). What did researchers find? This time “Schweitzer and colleagues report finding an even larger number of protein fragments” (p. 578, emp. added). After using “chemicals to dissolve away the minerals,” scientists have seen what appears to be “a network of soft, transparent vessels, cells, and extracellular matrix” (p. 578). Biochemist Raghu Kalluri of Harvard Medical School independently confirmed the presence of “collagen, as well as laminin and elastin, two proteins found in blood vessels” (p. 578).

Any strong, marathon-running, dark-haired, fair-skinned, wrinkle-free, 20-year-old-looking, modern man who claims to be 130 years old would be discredited immediately. Science and common sense would demand that the 130-year date be rejected. But what about the dates evolutionists give us for these “young looking” dinosaur bones—bones with “miraculously preserved soft tissue” (Gebel, 2007)? Now that the once “controversial” and “contentious” dinosaur collagen has been confirmed, are evolutionists reconsidering the age of dinosaur fossils? Are evolutionists considering the possibility that dinosaurs may have lived hundreds or thousands of years ago rather than 65+ million years ago? Apparently not—at least not in their writings. Evolutionists are eerily silent about this blatant contradiction: how can dinosaur fossils reportedly 80 million years (or 29 billion 200 million days) old contain “collagen…haemoglobin, elastin, and laminin, as well as cell-like structures resembling blood and bone cells” (Hecht, 2009)? The problem is not with the dinosaur bones: repeated studies over the last four years have verified the presence of collagen. The problem is with the assumption-based evolutionary dating methods (see DeYoung, 2005). Hello! The bones are not 80 million years old!

[NOTE: For an outstanding treatment of the evidence that proves the co-existence of dinosaurs and humans, see The Dinosaur Delusion: Dismantling Evolution’s Most Cherished Icon available from Apologetics Press.]
REFERENCES 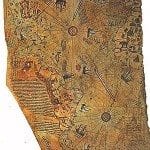 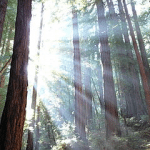