Many skeptics of the Bible, and even fellow Christians, have wondered how Noah could’ve fit all the millions of modern animal species on the Ark. He would have needed a fleet of cargo ships! But Noah didn’t take all the species on the Ark!

Noah was only commanded to take every kind of land-dwelling, air-breathing animal on the Ark. while we always picture two giraffes and then two cows, and so on, the Bible actually says that Noah took seven pairs of some. But isn’t this making the problem worse?

Well, let’s look more closely. Noah didn’t have to take any sea creatures with him and he might not have had to take all of the insects or small invertebrates either. This dramatically reduces the number of creatures on the voyage.

So Noah took the terrestrial amphibians, reptiles, birds, and mammals along with him. But he didn’t need to include two of each amphibian, reptile, bird, or mammal species. Noah was told by God to take two of every kind. This Biblical classification term “kind” is not synonymous with the much more recent term “species.” It’s much more broad.

Genesis 1 tells us that all creatures were created to reproduce according to their kinds. Some scientists have studied this, and have informally dubbed this study “Baraminology”. They’ve done research to try and figure out what the biblical “kind” compares to in our modern classification scheme. They’ve found that, in most cases, it’s at the “family” level. This means Noah didn’t need two lions, two tigers, two leopards, two house cats, two lynx, two jaguars, two cheetahs, and so on. He just need two representatives of the cat kind, with a robust genetic sequence. From those, we can get all of the variety we see today very quickly.

Did you know there are only 510 amphibian, reptile, bird, and mammal families alive today, including aquatic families? Now, we don’t know for sure how many families have gone extinct since creation but it’s estimated that 70% of mammal families have gone extinct. If we assume this same number for the other groups, then the upper limit of “kinds” Noah needed on the Ark is just 1,700. With two of each kind, and seven pairs of some, only a few thousand individual animals were needed on the Ark.

The Ark was a massive cargo ship. It had more than enough room for a few thousand animals, food and supplies, and Noah and his family.

This is encouraging for anyone who might have been skeptical, because it shows us that we can trust the history recorded in God’s Word… 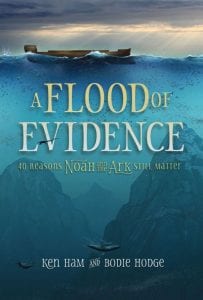 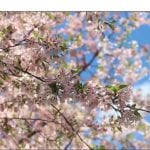