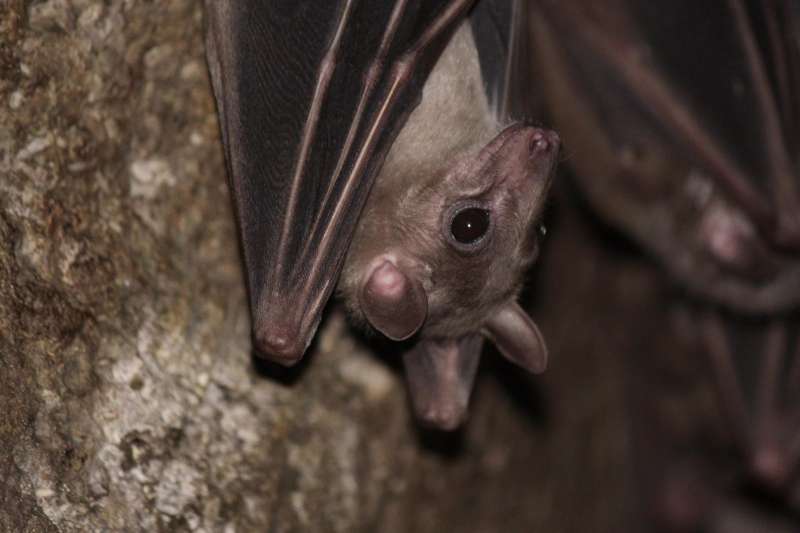 I spent my birthday money on books this year (who wants new socks anyway!) and the one I pulled out of the box to settle down with first was The Cave Book by Emil Silverstru.

This guy is a specialist and very well published in the field of karstology. He’s Romanian, which is refreshing because he talks about a lot more than just Mammoth cave and other amerocentric (the USA being the center of the world) stuff. There are a couple of typos that wouldn’t have happened if he was a native speaker who used imperial measurements, but hey, the rest of the world deals with those annoyances every day!

There are several things I’ve learned already from his book, but most will have to wait for later. What I want to share was a little tidbit he tossed in about bats.

“Since females give birth hanging upside down high above the ground, there is a serious danger of the newborns falling to the ground and dying. Therefore, oftentimes one or two other females spread their wings underneath the delivering mother, ready to catch the little one if needed.”

Cool! I’d never heard of anything like that. I hadn’t even thought about what it would be like to give birth while hanging on a cave ceiling. Since this wasn’t his main topic, Dr. Silverstru didn’t say how he knew this. I’m guessing he’s seen it happen, but doesn’t say.

Here’s what I’ve found on the web:

Not all bats give birth upside down high up in caves. Some go down to the ground to have their babies. A WordPress blog by someone in South Africa has a cool post with pictures you can check out (don’t worry, no gore, just fuzzy mom over bare, brown baby): Slowvelder: Bat Birth.

The best story I could find on other bats helping was The Tale of the Flying Fox Midwife at Bats Magazine. That one does get a bit graphic (adults, copy and paste into a search engine to read for yourself), so I’ll paraphrase for you.

These bats were in captivity being studied in other motherly roles when an assistant noticed something odd. A mother was having trouble delivering her baby upside down. Apparently flying fox bats usually turn head up to get the baby out. One of the other moms came over and started mimicking the right way to do it and encouraging her by fanning her and other things. Soon other ladies were watching, but not interfering. Some males even used their wings to keep the humans from getting too close!

After the baby was born, it was too tired to get to its milk. Even with the others helping it fell to the ground. The bats ignored it (out in the wild it would have died from a much higher fall), but the momma took the baby right back when the people picked the little one up for her.

What a lovely story!

Turns out flying foxes (in the family megachiroptera) are pretty different from the kind of bats Dr. Silverstru would have seen in Romanian caves. They almost never live in caves, preferring fruit trees instead. But if they help each other, it makes sense that other types of bat would help one another.

I can’t seem to find any info on this kind of behavior outside the flying fox story, but I did find that you can read the page from Dr. Silverstru’s book for yourself online!

Animals are amazing creatures who show us glimpses of the wisdom and glory of their Creator God. May our own lives shine His majesty forth even more so!

For since the creation of the world his invisible attributes—his eternal power and divine nature—have been clearly seen, because they are understood through what has been made. Romans 1:20 NET

For cool pictures check out these Romanian Bat Protection Association pages: Counting the bats in the winter period and in the summer period. 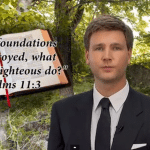 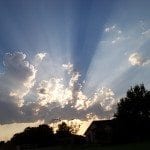