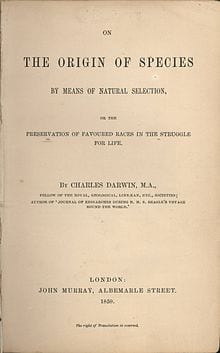 In their enthusiasm to share the truth of Scripture from the very first verse and in their revulsion of anti-biblical, evolutionary ideas, many creationists use arguments that they shouldn’t use. These arguments often stem from misconceptions about what evolutionists actually teach and believe. But, no matter how appealing they may seem, we should never use bad arguments or perpetrate misconceptions about evolutionary teaching, even if it appears to support creation. Why? Well, we are to speak the truth (Ephesians 4:15) and we are to “do unto others as we would have them do unto us” (Matthew 7:12). We do not appreciate it when evolutionists misrepresent us—intentionally or otherwise—so we certainly should not do it to them. As Christians, we are called to a higher standard. Also, using poor arguments does not advance the cause of creation as evolutionists can easily (and rightly so) rip apart misinformed arguments.

Here are the top three creationist misconceptions about evolution:

However, calling evolution ‘just a theory’ actually raises it up to a level that it does not deserve. There is a difference between how laymen and scientists use the term “theory.” Laymen usually think of theories as tentative ideas with little substantiation. But scientists use the term completely differently. A scientific theory is one that has gone through rigorous testing and has been confirmed by the observational evidence over and over again. Creationists certainly do not think that evolution fits the bill of a scientific theory! Instead of arguing that evolution is “just a theory,” point out some of the major problems the confine evolution to being just a hypothesis—“a tentative assumption made in order to draw out and test its logical or empirical consequences.”

2. If we evolved from apes, why are there still apes today?

Evolutionists actually do not believe that we evolved from apes. They hold that humans evolved from ape-like ancestors. This is a big distinction. Apes and humans supposedly diverged into different lines and evolved separately. So, according to evolutionary thinking, apes such as chimpanzees, are close relatives of humans but are not direct ancestors. So we shouldn’t use the argument that apes exist today, so we couldn’t have evolved from them. Instead, address the lack of transitional forms between supposed ape-like ancestors and humans.

3. Evolutionists are just stupid. They ignore all the obvious facts about creation.

Evolutionists are not stupid—many of them are brilliant scientists who do wonderful work in observational science. Reducing the debate to ad hominem attacks does not further healthy conversation or show a Christ-like attitude. An attitude of humility and respect is arguably the most important part of a debate.

Does this mean that all meaningful debate goes out the window? Of course not! What we need to do is not belittle the other person for not seeing what we see. Instead, we need to respectfully show them how our interpretation of the evidence, starting from the history revealed to us in God’s Word, explains the evidence much better and much more consistently than an evolutionary interpretation does. But, as always, this must be done in a spirit of humility and respect.

As you debate evolutionists in person or online on social media, be sure to make sure your arguments are factual and presented in a way that honors the Lord. 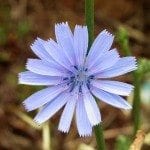 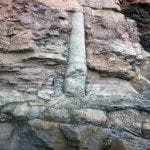