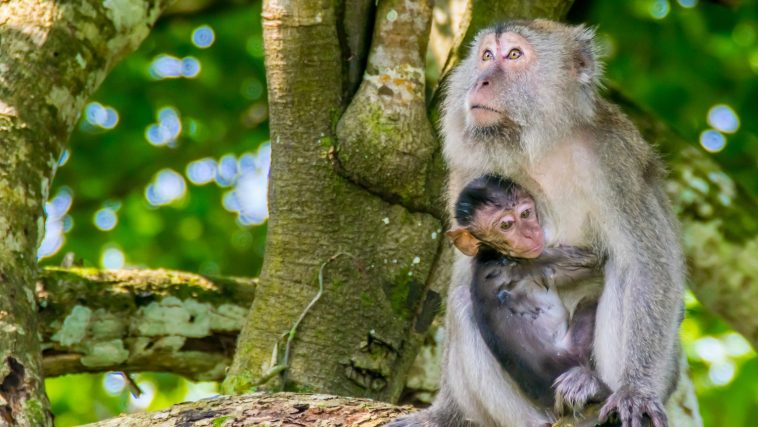 We knew this was coming at some point. With the determination that evolutionists show to prove that apes and humans share a common ancestor, you knew that they would eventually try to hybridize the two in vitro. And they have tried to do exactly that.

A team of mostly Chinese authors publishing in the journal Cell created hybrid embryos by mixing human stem cells with a species of Macaque. The point of their research is supposedly to help understand organ transplants and potentially growing new organs from human cells.

While the researchers may be well intended, there are massive ethical issues with mixing human and monkey cells.

First of all, my immediate question was: where did the human cells come from?

If you guessed aborted babies, you would be correct. I’d say give yourself a prize, but that would be too morbid. The cells, pluripotent stem cells, were derived from embryonic stem cells. Those are collected from aborted babies, or from leftovers from the fertility industry. Both are equally evil. That rules out this research as ethical right off the bat.

Murdering babies in the womb is not the way to advance science. Period.

Would this be ethical if they were adult stem cells?

This is where it gets a little messy. Most people, even evolutionists, get squeamish when you start mixing human cells with monkey cells, particularly when you create mixed embryos. This is evidenced by Disrn quoting one evolutionary scientist saying “I think the public is going to be concerned, and I am as well, that we’re just kind of pushing forward with science without having a proper conversation about what we should or should not do.” She sounds uncomfortable with the idea of mixing monkeys and men.

Of course, this is not the first time evolutionists have done something like this.

A Soviet scientist in the early 1900s went to Africa, in French territory, and attempted to hybridize humans with chimpanzees. Dr. Ilya Ivanov struggled for years to make the project work. The locals in Africa flat out refused to take part. They knew far better than Ivanov that humans and chimps were very different. Ivanov refused to give up and ended up artificially inseminating several female chimps with human sperm. The experiment ended in failure when Ivanov was forced to return to Russia and his chimps all died en route. Autopsies revealed none of the females were pregnant. Surprise surprise.

Obviously I don’t think many evolutionist today believes humans and chimps could interbreed. The African people Ivanov worked with were a whole lot more scientific in the end than he was. How did they know that humans and chimps were different? I’d argue that it was inbuilt.

Humans recognize that we are fundamentally different than apes. It’s intuitive. And this accounts for why humans feel squeamish about combining human and ape cells to create hybrid embryos. Humans intuitively recognize that humans and apes are not the same.

However, from an evolutionary perspective, there really shouldn’t be any squeamishness

After all, humans are simply highly evolved animals. Why shouldn’t we combine cells from two different animals and make hybrid embryos, particularly if it benefits us? In an evolutionary worldview, why be squeamish when it can significantly advance the progress of the human race?

From a creationist worldview, however, this makes perfect sense. Humans are different than monkeys, so combining human cells with ape cells, particularly to create hybrid embryos, is a defiance of the created order.

God made man and monkeys different. They are not intended to be mixed together. I don’t expect evolutionists to accept the biblical account for obvious reasons. However, even their own people are concerned about this experiment, so, perhaps the scientists should pause to think on whether this is such a good idea.

Just because we can do something, does not mean we should.