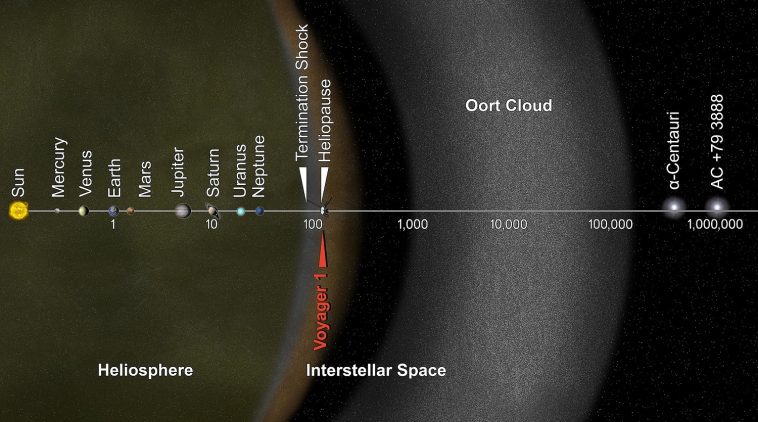 Atheistic and theistic evolutionists say they believe in things for which they can provide no scientific evidence. Prime examples of this that most Americans have heard about are spontaneous generation of life (abiogenesis) and evolutionary transitions of one kind of life to another kind. Both of these ideas are upheld as being science when in actuality they are not.

Fewer have heard of another example that is called the Oort Cloud.

The Oort Cloud is a huge shell located around the solar system where long-period comets are said to originate. The Oort Cloud has never been detected in any scientific manner. It is a figment of the imaginations of secularists. A more gentle way to explain it is that the Oort Cloud is a result of secular presuppositions of stellar evolution and millions of years.

Perhaps you have heard that one of America’s space probes, Voyager 2, in November 2018 exited the heliosphere — the bubble of particles and magnetic fields that come from the sun. That celebrated event has brought the Oort Cloud to prominence again since it should be the next big thing that the Voyager will experience as it travels into interstellar space. Voyager 1 previously exited the heliosphere in 2012.

The image above is from NASA and is representative of hundreds that fill secular textbooks and magazines. In all of these illustrations, the Oort Cloud represents the location (“way out there”) where long-period comets are said to be born from invisible icy fragments. A long-period comet is one that has to travel a long way to get to the sun that it is orbiting. Generally, comets with orbital periods of more than 200 years qualify as long-period.

The fact that these comets exist is great evidence that the solar system is young — not billions of years old as taught by secularists and accepted by theistic evolutionists. Each time a comet orbits past the sun, it loses part of its icy core. Seeing a comet’s tail in the nighttime sky is evidence that it is being stripped away by the sun. In addition, comets are pulled into large planets like Jupiter, and those same planets can even kick comets permanently out of the solar system.

So, if the solar system is 4.6 billion years old, it makes no sense that any comets would still exist. All of these facts are why evolutionists must have this undetectable source for comets. This has been a problem for decades, and the idea was first proposed by astronomer Jan Oort in 1950. The Oort Cloud continues to be promoted as a fact with absolutely no scientific evidence because of the evolutionary presupposition of millions of years.

This is another example showing that evolution and millions of years are philosophical ideas and not science.

In conclusion, these facts are really excellent evidence that support the biblical position that the solar system and its comets are thousands of years old not billions 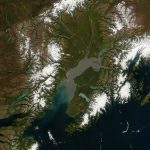