The video above will sum up the key points of this chapter- in this case, the problems with several more proposed mechanisms of Evolution. The full chapter, which features Rent-A-Friend and his fellow Nacho-eating arm chair philosophers, can be read below. Enjoy! #JesusLovesYou

“Hello again friends,” I said, standing tall, root beer in hand, “and welcome back to another discussion certain to get hate from people who don’t understand either side of the debate. When it comes to Creation vs Evolution I find there are a lot of people who defend evolution as fact with great emotion, and condemn me quite violently for rejecting it. Yet a little dialogue quickly shows that most of these people have literally no idea what Darwinian Evolution is.
“Because I am a friend to all people, I have created a wonderful definition for Darwinian Evolution and explained it in detail, and now I am using that very clear definition to explain why evolution literally never happens and is, almost entirely, literally impossible. Now let’s remind ourselves of my very useful definition of Evolution.”

“All rise for the reading of the definition!” said Blue Beard, standing with me. Tom and Bill chuckled but remained seated. I read aloud from my hand written note card.

“Evolution is an unguided, Natural process which increases the genetic information in an organism; Creating new Genes which did not previously exist.
These new genes then cause an increase in physical complexity and associated behavior, Both of which increase the organism’s ability to survive and pass on these traits to offspring.”

The only reason I was able to get this far without any flack from Carl was that he had not arrived yet. It was while I was reminding us of my very useful definition that he came in the door to Danny’s Bar, Grill, and House of Rabblerousing and joined us at the round table near the dart board. We greeted him in cordial fashion and got him a root beer via our affable waitress, Wendy, and then got right to our continuing discussion.

“Today’s alleged mechanism of Evolution,” I said, getting us on track, “is Genetic Drift/Migration. I put these terms together because they are essentially the same thing. Carl? Please define for us the concept.”

Carl sat, root beer in hand, and spouted off his understanding with something between moxie and disinterest. “Some plant or animal moves to a new geographical location,” he said. “This either adds their genes to a population where those genes did not already exist, or it increases the percentage of the population which those genes make up, causing an increase in allele frequency.”

“And both of them merely mean, well, migration?” asked Blue Beard. “Something living moving to a new place where it didn’t previously live?”

“That’s right,” said Carl. “Which for any particular population can cause evolution in the sense that the population gains new genes, or experiences a change in allele frequency.”

“It should be painfully obvious right away,” I interjected, “that moving genes from one place to another does not make any new genes. In case you are incredibly slow, let me say this again: Moving genes from one place on earth to another place on earth does not create any new genes. The genes which are moved existed before they moved, and they are the same genes after they move.” Even Carl couldn’t argue with this point. “Thus, by not only my definition of evolution, but pretty much any basic, fourth grade understanding of evolution, Genetic Drift/Migration are NOT evolution.”

“I don’t have a good quote from Charles “Chuck D” Darwin about this,” added Bill, “but I think I can, with some confidence, say that he titled his book, “On Origin of Species,” and not “Moving to a new Neighborhood of Species.”

“Now let’s consider this again,” said Carl, “from a different point of view. Specifically, from a point of view not entirely bent on rejecting science because of their religion.”

“Ooh!” said Blue Beard with insincerity. “Carl is going to teach us from the sacred texts of SCIENCE!”

Carl continued with no notice of our pirate friend. “I have a different definition of Evolution, which I attained from http://www.talkorigins.org/faqs/evolution-definition.html,” and he read it to us:

“..evolution can be precisely defined as any change in the frequency of alleles within a gene pool from one generation to the next.” – Helena Curtis and N. Sue Barnes, Biology, 5th ed. 1989 Worth Publishers, p.974.”

“So you can see,” Carl said in the way Carl says things, “when you don’t start with a definition written by a science hating religious fanatic, Genetic Drift does cause evolution.”

“Your mind is a wonder,” I admitted to Carl. “So, even though we all agreed that my definition works well, and you had no functional rejection of it, you’ve now tossed it out and adopted a different one so that you can maintain Genetic Drift as a mechanism of Evolution.”

“Your definition was flawed,” Carl stated with rigidity, “because it was designed to discount mechanisms of Evolution. This definition is a widely accepted one and allows us to accept observed science over your religious beliefs.”

Blue Beard was about to say something, but I waved him down with my root beer and said, “Very good Carl. In the name of science, we will look at Changes in Allele Frequency.”

“First we need to know a few terms,” suggested Tom. “Bill, can you define ‘alleles’ for us again?”

“I can do better,” said Bill. “And Carl, stop me if I define anything inaccurately.” Carl assured us that he would, and Bill continued to educate us. “A Gene,” he said, “is a piece of DNA which codes for a particular feature. For example, the gene for eye color.
“Alleles are Variations on the same gene for a feature. For example, the alleles for eye color are the gene for blue eyes, the gene for green eyes, the gene for brown eyes, etc. Same gene, you know, because they code for the same feature, but different alleles, you see, because they code for variations on that feature.”

Tom indicated that he understood, and Carl made no indication that these facts were false, and so Bill gave us a few other relevant facts.

“Frequency,” he said, “is how often something happens as a percentage of the total things happening.”

Carl looked to me, and I shrugged. Bill pulled out his calculator and said, “I think that’s right.” Tom nodded in understanding and I remembered that Tom is much better at Math than I ever will be.

“Now that we get the idea, let’s see how it fails,” I said. “When the percentage of a gene in a population changes, no new genes are made. Even worse, this can indicate the loss of a gene.”

“For example,” offered Tom, “if the percentage of blue eyed individuals in a population went from 20% down to 0%.”

“Exactly,” I replied. “But the thing to remember here is, this is a statistical change, NOT a genetic change. Having more or less of something which already exists does NOT bring something new into being. Having more or less of a gene which already exists does not make new genes. Genes that exist now did not come into being because, before it existed, other genes became more or mess frequent in a population. Thus, a change in allele frequency is NOT evolution.”

“Oh, bother!” shouted Blue Beard. “We’ve already talked about this one! Carl, you half wit! A change in allele frequency has nothing to do with making new genes! It’s census information! You’re just counting noses! Or the genes that make noses.”

“What if that change is from 0% up to 20%?” asked Carl. “Doesn’t THAT mean a rise in genetic information, and thus evolution?”

“Not if the change is due to migration/genetic drift,” I said. “Just because a gene did not exist in a particular population does not mean it did not exist in ANY population. If you merely move it from one population to another, you do change the frequency from none to some, but only in an isolated population. If you consider the entire planet, then the frequency of any gene cannot change merely by moving about on the planet.”

“Seriously, Carl, you scurvy bumpkin!” continued Blue Beard. “On your worthless definition, you can say the west side of the block has evolved if you ignore the east side and somebody moves across the street! You really want to tell us we should believe that bacteria became wolves and cabbages by moving from one side of the pond to the other?”

“This is the biggest reason why definitions like the one Carl offered fail,” I suggested, “and why genetic drift and changes of allele frequency fail as mechanisms of evolution. No new genes have come into existence. The only way this would be an evolutionary change is if there was a new gene created, and merely by definition, it CANNOT be created by a change in gene frequency. Frequency is merely counting. You can’t create new genes by counting genes.”

“Whose side are you on?” demanded Carl.

“What?” asked Tom. “I’m just saying that you.. uh, that website you quoted must have not considered all of the facts.”

“That definition,” said Carl through gritted teeth, “is a very common one! I’ve found it on lots of web sites and in lots of books!”

“But it is not the science of rockets,” I said. “Try it with anything. Start with six tacos and six burritos. So far your day is off to a great start. Count them all. What’s our taco frequency, Tom?”

“Now,” I continued, “bring over a bag of chips and a bowl of guacamole from another table.” I looked to Tom.

“Your Tacos are now six out of fourteen items and have dropped from 50% to 43%,” Tom informed us.

“Carl, can you make guacamole by lowering the tacos from 50% of items to 43%?” Carl did not reply, so I did for him. “NO. For that you need to add avocados. When the tacos become less than 50% of the table, it doesn’t cause avocados to come into being. It was bringing over two more items that caused a change in taco frequency.”

“I think the metaphor breaks down here,” observed Bill, “but it gives me a good idea of what I will be having for lunch tomorrow.”

“Even though he doesn’t share your fanatical, religious rejection of science,” laughed Blue Beard, “I’ll bet even Carl can agree with that! Counting something doesn’t make anything,” he said to Carl. “If it did I’d be on me ship counting my doubloons!”

Before we could continue our discussion, we were met with something we can always count on, Wendy coming to our table with a great mountain of Nachos. The discussion thus halted for the consumption of Mt. Fiesta, and we would continue it another day.

More From: Problems with Evolution 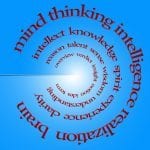 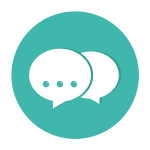