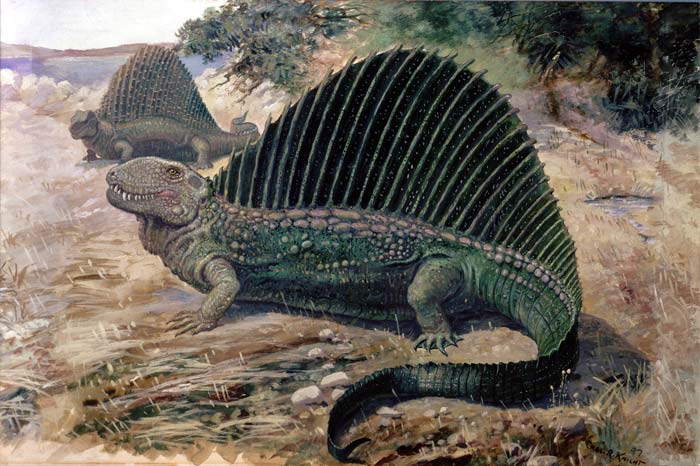 New discoveries and breakthroughs in science can be very exciting – whether it’s the latest modern development in technology or the most recent finds of ancient remains in archaeology and paleontology. But sometimes fascinating new discoveries can be made by re-investigating things that have been known about for quite some time. Such is the case with one of the first discovered Canadian “dinosaur” fossils, recently revealed to be a type of Dimetrodon. This fossil, including some teeth and part of the creature’s face, was originally found in 1845 by a farmer who was digging a well on Prince Edward Island, Canada.

Around this time in history, the science of paleontology was just beginning to get exciting in North America. The fossil ended up at the Academy of Natural Sciences in Philadelphia where it was studied and first named by Joseph Leidy, who is one of the great pioneers of paleontology in America. Leidy was originally involved with the epic dinosaur digging rivalry between Edwin Cope and Othniel Marsh (read the stories of their rivalry here). This fossil was the second vertebrate fossil from Canada to be officially named – the first one had been named just two months earlier by Sir Richard Owen (who invented our modern term “dinosaur” in 1841). Leidy initially named the fossil Bathygnathus borealis, meaning “deep jaw” and “from the north”.

Over the past 170 years since its discovery, much research has been done on this historical Canadian fossil, as scientists continue to gather more information on similar fossils. They have been on the right track toward pinning down what creature this fossil is from (all they had were teeth and some of the bones around those teeth), but it wasn’t until just this year that some of the debates were resolved. In a paper that was just published in November 2015, researchers reported that using CT scanning technology on the teeth, they found them to be most like Dimetrodon, finally renaming the fossil Dimetrodon borealis.

While most people would think of this sail-backed reptile as a dinosaur, those who believe in evolution would tell you that Dimetrodons lived long before dinosaurs and consider them to be a type of “mammal-like reptile”. Evolutionists want to explain everything through the filter of their worldview – they are always trying to come up with “primitive ancestors” for mammals, especially because they want to explain people as being made in the image of other animals, rather than being specially created in the image of God. These creatures are buried in rock units categorized as upper “Paleozoic”, while dinosaurs are from the “Mesozoic” rock units. If you interpret these rock layers as being laid down over millions of years, it puts a big time gap between Dimetrodon and dinosaurs like T-rex or triceratops, which also leads evolutionists to think of them as “ancestors”. However, if you interpret these same layers according to the Biblical global flood, Dimetrodons, T-rex, and people all lived at the same time and were captured in the fossil record at different levels and surges during the flood. 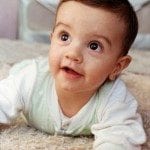 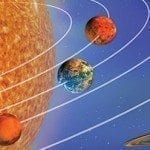