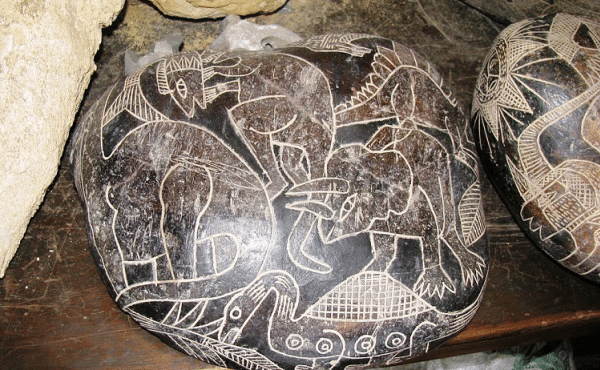 I don’t share things like these often, and never carelessly, because the worst thing we could do is rely on false evidence when there is a world full of real evidence for God’s Word.

Today I’m going to send you to a Creationist website/blog I ran into on Good Search.

The site’s name is “Yec Headquarters 6 Day Creation.” YEC is short for “Young Earth Creationist.” In other words, someone who takes the Bible’s record as straight forward and accurate.They have an excellent article on the Ica Stones of Peru.

First, let’s see what Wikipedia thinks of these carved rocks with lots of dinosaurs and people on them: 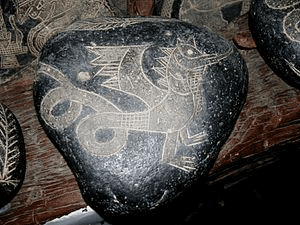 In 1975 Uschuya and another farmer named Irma Gutierrez de Aparcana confirmed that they had forged the stones they gave to Cabrera by copying the images from comic books, text books and magazines.[2] Later, Uschuya recanted the forging story during an interview with a German journalist, saying that he had claimed they were a hoax to avoid imprisonment for selling archaeological artifacts. In 1977, during the BBC documentary Pathway to the Gods, Uschuya produced an Ica stone with a dentist’s drill and claimed to have produced a fake patina by baking the stone in cow dung.[3] That same year, another BBC documentary was released with a skeptical analysis of Cabrera’s stones, and the new-found attention to the phenomenon prompted Peruvian authorities to arrest Uschuya, as Peruvian law prohibits the sale of archaeological discoveries. Uschuya recanted his claim that he had found them and instead admitted they were hoaxes, saying “Making these stones is easier than farming the land.” He engraved the stones using images in books and magazines as examples and knives, chisels and a dental drill.[9] He also said that he had not made all the stones. He was not punished, and continued to sell similar stones to tourists as trinkets.[3] The stones continued to be made and carved by other artists as forgeries of the original forgeries.”

Do you thing it more likely that he (like they say the Mexicans did) made these stones by studying comic books and such, or do you think these are ancient originals along with some direct copies?

Our beliefs as Christians are not based on blind faith that cannot stand the stress of careful examination. Go ahead, read for yourself what the deniers claim, then compare it with the evidence for their authenticity. 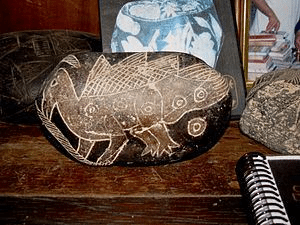 Remember, it is possible for someone to admit that dinosaurs were alive not too long ago and still refuse to submit to the Creator God. My prediction is that soon the evidence will be so overwhelming that the Evolutionists will be forced to change their story. But they will never abandon their worldview. Some people will escape the snare and find Jesus’ life, but not everyone.

The people were burned by the great heat. They cursed the name of God, who had control over these plagues. But they refused to change their hearts and lives and give glory to God.

The fifth angel poured out his bowl on the throne of the beast. And darkness covered the beast’s kingdom. People bit their tongues because of the pain. They cursed the God of heaven because of their pain and the sores they had. But they refused to change their hearts and turn away from the evil things they did. Revelation 16:9-11

Want to see more artifacts people made showing they knew what dinosaurs looked like alive? Check out the awesome book, Dire Dragons. 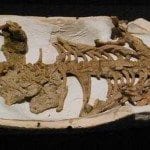 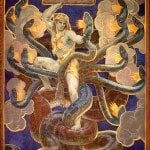