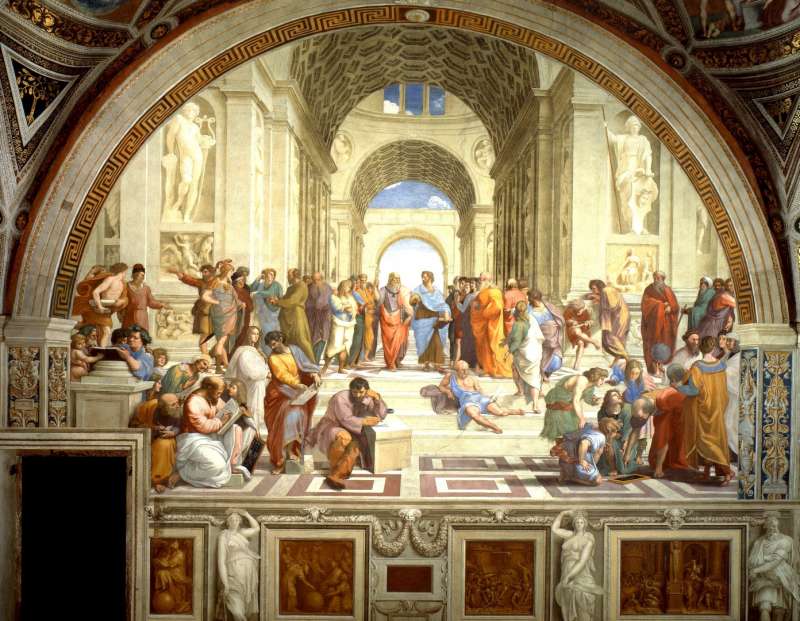 In my previous article I argued that if evil exists objectively, then God must exist and then I made an explicit jump that that God must be the God of the Bible with the intention that I would give it the proper attention it deserves.

In Plato’s Euthyphro, written in about 380 B.C., Socrates and Euthyphro have a discourse about the nature of piety or goodness. In the story, Euthyphrowas conversing with Socrates while waiting for the court of the King in order to charge his father with the murder of a slave based on the claim that such an act is against the likings of the gods and therefore should be punished. Socrates firmly inquires of Euthyphro the general rule that defines moral good and sets it apart from moral evil. Euthyphro with no measure of uncertaincy affirms that “good” is whatever the gods like and “evil” is whatever they dislike. To this Socrates puts forth this famous dilemma, now known as Euthyphro’s dilemma, which can be paraphrased as: “Is something good because the gods approve it, or dothe gods approve it because it is good?”

If it is the case that moral goodness is determined merely by the gods approval then goodness is arbitrary because if something is good because the
gods approved it, then before the gods liked it it was evil. Why should something suddenly become good on the basis that, though it was at first evil, the gods came to like it or approve of it?  Further, goodness would be meaningless since not all the gods all approve of the same things. Many gods approve of things that other gods despise. Which gods then have the right to determine goodness according to their mere approval? The “good” gods? This would beg the question since the very nature of goodness is in question.

On the other hand, if the gods approve something because it is already good, one still knows nothing about what it is exactly that makes something good. Moreover, you still cannot rely on the approval of the gods because the gods do not all agree  and even if they did their is no guarantee that what they approve of is in fact actually good. Even further, one is still left without any standard by which to define good and evil.

Socrates effectively  destroyed Ethical Polytheism which is the belief that there exists many gods and that we have moral obligations (oughts and ought nots). This argument, can, however, be modified to put the  Atheists on the spot in the following way: Is something good because you approve it or do you approve it because it is good?

The Atheist is in a similar bind because why should their own opinion  be alone weighty enough to define goodness and evilness since not all atheists agree on everything.

On the other hand, if they approve it because it is already good then what forms the basis for  defining goodness? Society? Then there would be no such thing as a societal evil. The extermination and torture of the Jews could not have then been evil since the German society had determined  it a “good” thing. American slavery (hypothetically speaking while the states perpetuated slavery in one accord) could not have been wrong since the host society (America) and the donor societies  (various African tribe-states) all approved of the institution of slavery. Who are we to say to the Nazis, “Genocide of the Jews is wrong,” or to the cannabalistic aborigines on some obscure island,  “eating your fellow man is wrong.” Goodness would be either entirely meaningless, or arbitrary in an Atheistic universe.

The dilemma is commonly modified so as to put Judeo-Christianity on the spot in the following way:
Are things good because God commands it (Divine Command theory, look it up) or does God command it because it is good? On the surface, this dilemma seems to put Judeo-Christian  Monotheism in the trash much like it did Ethical Polytheism in so far as the challenge is very similar. Either goodness is arbitrary as it is merely up to God’s whim and therefore does not actually  have objective existence, or if God commands things because they are good then God, as much as we, must bend our own will in accordance with some higher reality. If God must himself bow to  that higher reality then He could not have been Himself the creator of it which would mean that He is not absolutely sovereign and that He is not intrinsically good Himself. Both conclusions counter what the Bible would have us believe about God. However, the Judeo-Christian Monotheistic God is not defeated by this dilemma. (I’ll get back to this)

Consider how Islamic Monotheism  quite literally takes one of the “horns” of this very dilemma to the face. Al-Ashari, an Islamic authority, states: “We hold that good and evil are by Allah’s decision and determination.” (al-Ashari,  cited in Beers, p.12, 2010.) Also, “Then lying is evil only because Allah declared it to be evil? Certainly. And if He declared it to be good, it would be good; and if He commanded it, no one could  gainsay Him.” (al-Ashari, cited in Beers, p.13, 2010.)

Ghazali, another Islamic authority states: “We confess that the decision concerning good and evil wholly depends on Allah. For whoever should say that the decision regarding good and evil  depends upon another than Allah would thereby be guilty of unbelief regarding Allah, and his confession of the unity of Allah would become invalid.” (Ghazali, A. cited in Faris, N. 1999.) And also,   “…He is free to impose unbearable obligations and to punish the innocent, while taking into consideration that which is salutary is not obligatory upon Him…” (Ghazali, A. cited in Faris, N. 1999.)

Furthermore, Allah indirectly told Muhammad that he would outnumber his enemies before the “battle of Badr.” However, when they met battle, they were outnumbered contrary to the word of Allah. Somehow they still won and when Allah was asked why they didn’t outnumber the enemy his reply (from the Sura of the Spoils of War) is that “You would not have gone if I had told you the truth.”

While Islamic Monotheism fails to defeat the dilemma and therefore also by implication it also fails to provide a coherent conception of Ethical Monotheism.

The God of the Bible stands alone in His ability to defeat the Euthyphro Dilemma. The power of the dilemma is that it attempts to put the goodness of things and a god’s command of them into a sort of cause and effect relationship. However, in the case of the Judeo-Christian God, the goodness of things and God’s command of them both are the effect of a third element: God’s very nature. The God of the Bible is omnibenevolent and out of God’s benevolent nature, His commands are good because He is perfectly good. Goodness is not merely being defined as whatever God commands but as whatever conforms to God’s nature since His nature is wholly good. Neither does God command things that are already good as defined by some reality higher than Himself, instead He Himself is the measure and source of good.

Always and in All Things Let God be Glorified 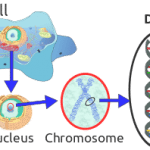 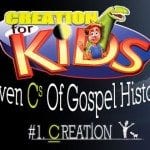