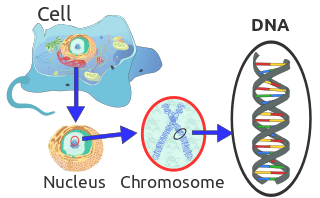 Have you ever squashed a mosquito? Interestingly, the squashing of a mosquito may help us understand what makes life possible and what makes spontaneous generation of a living thing impossible.

When a mosquito is slapped, what happens? Obviously its shape is drastically altered and it dies. But what makes it die? All the thousands of sophisticated chemicals are still there, relatively unaltered. Many of the cellular components, including the all-important DNA, are still intact in much of the organism. So what is the problem?

Prior to the impact, the mosquito was a highly organized system with much inherent information. But when hit, it became disordered, causing critical information in the design of the body to be lost. There arose a confusion in the finely tuned co-ordination of chemistry (including the chemicals involved in its overall structure) which culminated in an overall break-down, resulting in death.

For another example, let’s say you were to take 100 million bacteria and concentrate them in the bottom of a test tube. Now if you were to physically lyse (break open) the membrane of each of the cells, their insides would spill out, forming a concentrated mixture of incredibly complex ‘life-giving’ chemicals. Yet, even though all the right ‘stuff’ for life is there, not even one of those millions of tiny, single-celled organisms would come back to life, nor would any new creatures arise.

If the already complex chemistry of minuscule bacteria cannot reorganize itself back into a living cell, even when concentrated in the test-tube environment, then how is it that life supposedly evolved in the first place, from basically uncomplicated chemicals in conditions far less appropriate than this hypothetical situation? It could not have happened!

As with the mosquito, in order for life to exist the chemistry must be specifically organized and controlled in space as well as in time. For a cell to live, it must be surrounded by a sophisticated membrane that allows only certain chemicals in and out, according to when they are needed, not just at any time. Inside a cell, the proportions of an element or compound must be just right, otherwise the whole system may be thrown off balance and the organism may die. Furthermore, the entire living mechanism must be controlled by the fantastically complex genetic structure of DNA.

All this means that, in order for chemistry to have come together to make a living entity in the first place, the individual atoms must have been purposefully and quickly organized by a Creator having the knowledge and power to do such a thing. It could not possibly happen on its own.

The Creator is, according to the Scriptures, Jesus the Christ. It was Jesus who initiated the life-giving programs and initially arranged the molecules, holding them all in place as He gave the living beings their individual unique structures. It is Jesus, the Son of the living God, who deserves our praise for the awesome things He has accomplished in this creation of His. 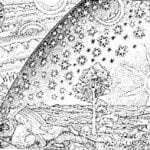 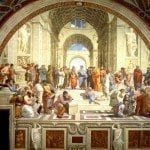