As I mentioned in my previous article Ministers – Do You Care About Vicki?, after the UTSA Religious Forum held last November, I talked with two of the representing people regarding molecules to man evolution. Sean, the Secular Student Alliance representative, told me: “the evidence [for evolution] is overwhelming.” This is not the first time I have heard that from a Darwinist. That is a talking point of Darwinists, including theistic evolutionists. And they really believe it! But one of the “evidences” Sean used during the debate was how bacteria evolves. Bacteria do change. But bacteria are still bacteria. Using this as an example for molecules to man evolution is nothing more than the logical reasoning flaws of equivocation1 and extrapolation2. We addressed this issue in an episode of Believing the Bible radio program.3

But this underscores a bigger problem. People, Christians and non-Christians, are not taught to look at the arguments for the General Theory of Evolution (molecules to man) critically. But they surely look at the Bible critically. I have become better at assessing the Darwinists’ arguments. It does not hurt that I have a science background. But I learned a lot from Dr. Jason Lisle’s Ultimate Apologetics.4 I only wish I had watched this sooner when I think of all of the missed opportunities that I had. But here are some observations that I have made, having learned not to just accept whatever Darwinists say:

Now the question that I have is: Where are people going to learn to think critically about what the Darwinists, or more generally the philosophical materialists12, are saying? Where are they going to learn they do not have to accept this? Are they going to learn it in school? Are they going to get it from Time Magazine, or the Discovery Channel? Are they going to get it when they watch the news? Church leaders are afraid to take this issue on. Most parishioners, on their own, are not going to take the initiative to learn that they really can believe the Bible. So people are either compromising their belief in the Bible, or they are falling away entirely. That is why we are where we are; living in a society where people, even professing Christians, believe two dudes can be “married” or people can choose their gender. Then more conservative church leaders put out statements on these social issues; without ever addressing the root cause – people do not believe the Bible! And the church is not teaching them that they can. It is like Jesus said: “You know how to interpret the weather signs in the sky, but you don’t know how to interpret the signs of the times!”13 If your church is not dealing with this, tell them we are here to help. 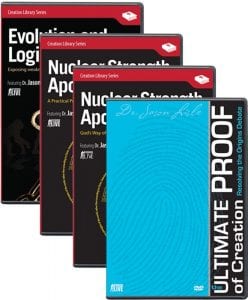 Ultimate Apologetics Set explains how to defend biblical creation in a way that is absolutely irrefutable. Unlike so much literature on origins, this series deals with the heart of the issue, showing that the Bible is the bottom-line. The Bible must indeed be what it claims to be: the authoritative Word of God. Otherwise the gospel message itself—of original sin and the need for Jesus Christ—is without foundation.

In the Ultimate Apologetics Set, Dr. Jason Lisle reveals how to defend Genesis against all criticism. Lisle’s is a technique that anyone can learn, and includes many real-life examples.

Click here for more information about this DVD set 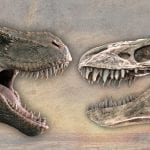 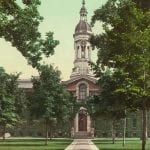