What killed all the dinosaurs? What are dinosaurs? Why don’t we find any today? Didn’t they live at least 65 million years ago? Did dinosaurs really evolve into birds? Did they have feathers? Any time the topic of evolution and the age of the earth come up, questions about dinosaurs are bound to come up too.  Over the past several weeks, we have talked about evolution, the age of the earth, the Genesis creation account, and if the Bible can be trusted. You can find all of the articles in this series by clicking here. Today, we’re going to answer some of the most common questions about dinosaurs. Where do dinosaurs fit in history? Let’s dig in to dinosaurs!

What is a dinosaur?

Dinosaurs are a type of ancient reptile. The most well-known is T. rex. Others include the giant long-necked, heavy-footed sauropods and horn-faced triceratops. The flying pterodactyls and swimming mosasaurs that you often see depicted with dinosaurs are technically not considered dinosaurs since they did not live on land.  The giant Woolly Mammoth is also not a dinosaur – it’s a mammal that looks like an elephant, not a reptile. The saber-tooth cat with giant, ferocious looking teeth is also not a dinosaur, since like a modern lion it is a mammal.

When did dinosaurs roam the earth?

Because we know that the Bible is an accurate, trust-worthy source of history (see previous article), and because the question “when” is a question about history, let’s see what the Bible has to say about when dinosaurs lived. Genesis 1:24-31 says that God created all land-dwelling animals and humans on the sixth literal day of Creation week (see previous article on literal days of creation). Dinosaurs are land-dwelling creatures, so that means that they were created on the sixth day of creation week, just about six thousand years ago. What about pterodactyls and mosasaurs? Sea creatures and flying creatures were created a day before, on day five of creation week. What about the mammoth and saber-tooth cat? They are land-dwelling creatures, too, so day six for them as well as dinosaurs.

Does science support the idea that dinosaurs lived only a few thousand years ago?

been some speculation about what could make soft tissue last longer, there is no known process in science that could support soft tissue like this for 65+ million years. The age for dinosaur fossils (and therefore dinosaurs themselves) comes from the rock layers.  As we talked about a few weeks ago, rock layers don’t require millions of years – it just takes the right conditions, and those conditions were met during the global flood (see the article on rocks & fossils here).

Did dinosaurs and people live together?

Dinosaurs were created on day six of creation week. The first humans (Adam and Eve) were also created on day six of creation week. Therefore, dinosaurs and humans must have lived at the same time because they were both created on the same day. But, you might think, if dinosaurs and people lived together, wouldn’t ancient people have stories about these incredible creatures? Yes, that is what we would expect. The word “dinosaur” wasn’t invented until 1841 by a man named Sir Richard Owen. So, ancient references to living dinosaur creatures would not have used the word “dinosaur”. In ancient cultures all around the world we find legends (stories) of dragons.  Of course, you have to be careful when handling stories, because they often get exaggerated. But, how would people across continents make up the same kind of stories about these “dragons” unless they were based on something they really saw? Have you ever thought that “dragon” could be the ancient word for “dinosaur”? Although flying reptiles (like pterodactyl) and swimming reptiles (like mosasaur) are not considered dinosaurs, they would fall under the category of “dragon”, as there were many stories of sea dragons and flying dragons.

The Bible even mentions two dragons. In Job 40, a creature called “behemoth” is mentioned. This creature meets the description of a long-neck sauropod dinosaur – he eats grass, his bones are like bars of iron, and he moves his tail like a cedar tree. Although some commentators have said that behemoth could be an elephant or a hippo, neither of those creatures have a tail that would move like a huge, swaying cedar tree. In the very next chapter (Job 41), a sea dragon called “leviathan” is mentioned. You might notice that this passage talks about a fire-breathing sea dragon. Could dinosaurs breathe fire? Since we mostly just have bones of dinosaurs we don’t really know much about how they lived and if they could do things like breath fire or change skin color like a chameleon.

What killed the dinosaurs?

Over the years there have been several theories for what killed the dinosaurs and why we don’t really find them today.  Was it an asteroid impact? Was it climate change?  “What killed the dinosaurs?” is a history question, so let’s go back to the reliable source of history that we’ve talked about – the Bible. The global flood, i.e., “Noah’s Flood”, in Genesis covered the whole earth and all the land-dwelling creatures not on the ark died. Since dinosaurs lived on land, they must have died in the flood. As mentioned in the previous article about rocks, fossils, and the age of the earth (read here), many of the rock layers were created during the global flood, including fossils of some of the creatures that died during the flood.

So, the global flood is what killed most of the dinosaurs. Noah did take some on the ark (see below), so a few dinosaurs did survive the flood. However, the climate after the flood was very different and probably made it difficult for these creatures to survive. Additionally, looking at dragon legends, the ones that remained were probably pests that humans fought and killed in the following years.  What killed the dinosaurs? Several factors – the global flood, changing climate, and humans.

How did Noah fit HUGE dinosaurs on the ark?

Noah took representatives of each kind of land-dwelling creature. Were dinosaurs land-dwelling creatures? Yes. Therefore, dinosaurs would have been included in the ark. But, many people will ask, how on earth would Noah fit all of those animals on the ark, including huge dinosaurs? The ark was a whole lot bigger than most people realize. Going with a conservative size estimate, the ark was about 450 feet long, 75 feet wide, and 45 feet tall. That would give a total volume of about 1.54 million cubic feet. Putting all these numbers into perspective, that’s enough space to hold 522 standard American stock cars. One of those cars along can hold about 240 sheep. The next time you’re stopped at a railroad crossing, waiting for the train, and count the cars. Imagine what it would be like seeing 522 of those cars pass by as you wait – that’s the size of Noah’s ark! Noah only took land-dwelling air breathing creatures on ark. Also, the dinosaurs he took wouldn’t have been those giant ones you see in the museums. It was much more practical to take younger, smaller dinosaurs that would eat less and live longer to reproduce after the flood.  Although most of the dinosaurs you think of are the big, impressive-looking ones, there were a good number of very small dinosaurs as well.

The idea that dinosaurs evolved into birds is very popular right now. First off, there are a bunch of problems with the idea of evolution as a whole. One type of creature turning into a different type of creatures simply has not on record. You can read more in last week’s article about evolution (click here). Next, looking at the anatomy of a theropod dinosaur (those like T. rex and velociraptor that are thought to have evolved into birds) presents a lot of problems for the way birds breathe and walk.

Then, or course, is the issue of feathers. Feathers are very, very, very different from the scales we find on reptiles – they are very complex and function more like a hair than like scales. There is fossil evidence of skin impressions from many dinosaurs showing scales (even recently discovered on T. rex). The famous “missing link” fossil between dinosaurs and birds, archaeopteryx, is an extinct bird – very clearly not dinosaur. The true identity of “fossil proto-feathers” is still hotly debated among paleontologists. Even many scientists who accept evolution don’t agree with dinosaur-to-bird evolution. To top it all off, fossil parrots, loons, and other birds have been found buried in the same rock layers that we find dinosaurs in. Even the lowest (relatively oldest) dinosaur-containing rock layers have bird footprint fossils.

In conclusion, dinosaurs are marvelous creatures created by God just a few thousand years ago. We don’t see dinosaurs around anymore because of the global flood, changing climate after the flood, and humans fighting these dragons. No, those birds you see in your back yard are not descendants of a dinosaur. Be sure to come back next week as we conclude this series of articles on Creation basics! 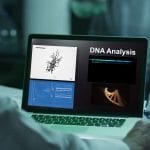 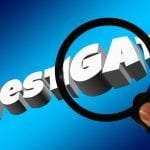