Human life is an amazing thing. Not only are we complex in design, but we have the ability and innate curiosity to ponder our own complexity.

From this curiosity, some would conclude that they are an anomaly of nature, just the survival of the fittest in a chain of animal development, while others conclude they have a special purpose and marvel at the artistry of their design.

Little details we normally overlook are baffling to those who believe in chance origins. Even the smallest mammal or the tiniest insect has complexity warranting a second look at its incredible design.

Candid scientists will admit they have no satisfactory NATURAL answer to some of the questions of biology.

Those who are evasive quickly point the finger at those who believe in God, saying that their religion has clouded their opinion.

But it takes a giant leap of faith to trust that EVERYTHING is the end result of NOTHING – From shambles to structure over 14 billion years.

With that as an alternative, no wonder so many people have faith in God’s design. 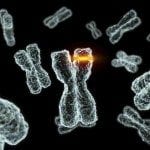 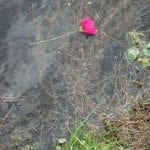