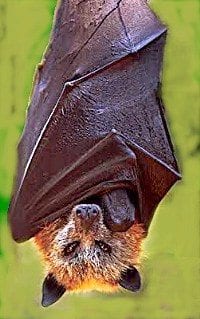 “By the word of the LORD were the heavens made; and all the host of them by the breath of his mouth.” Psalm 33:6

We have noted many times the different ways in which bats defy evolutionary explanations. For their echolocation systems to evolve, bats had to develop simultaneously the ability to make high pitched sounds, hear those sounds, and figure out what they mean. How did they eat before they evolved these abilities? Then there is the problem of evolving typical mammalian forearms into bat wings without crippling the creature in the process. Even evolutionists admit that the evolution of all these features even once is highly unlikely.

Bats are divided into two sub orders. Smaller bats, like the free tail bats of Mexico, are classified in the sub order of Microchiroptera. Large bats, like the fruit bat, are classified into the sub order of Megachiroptera. The brains of the larger bats have very different visual pathways than those in smaller bats. The visual pathways of the larger bats are more like those of primates! But no evolutionist would dare suggest that they evolved from primates. The second complication is that this means that both small and large bats could not have evolved from a common ancestor. It further means that all the unlikely features of bats had to have evolved at least twice, if evolution were true.

The Bible offers a simple explanation for the design of the bat and the differences between their brains. They were made by God using whatever designs He knew would be best for that creature’s way of life, without regard for later, humanly devised classification systems. 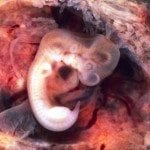