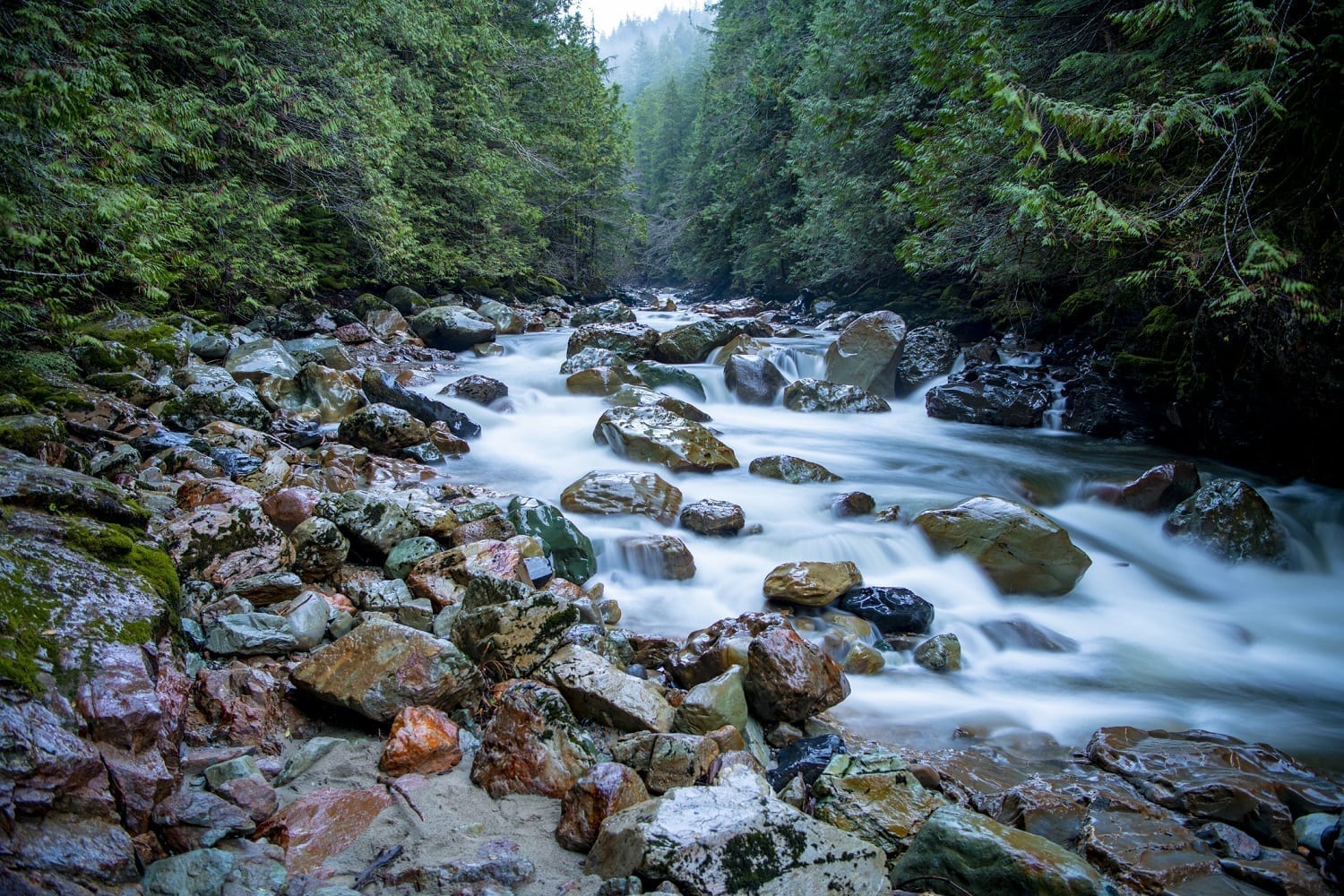 According to scientists, the structure of liquid water is still difficult to comprehend, even after having been studied for over one hundred years. What is not hard to grasp is that without the unusual structure of water it would be unlikely that life would exist on earth.

This is in large part because when water changes from liquid to ice, it stops contracting like most other liquids do, and instead starts expanding at 4° C (39.2° F). This means that ice is less dense than liquid water so lakes and rivers freeze from the top down instead of from bottom up. This phenomenon is also demonstrated by the ice floating in your cold drink.

If liquid water behaved like most other liquids do and continued to contract as it cooled to freezing and below, then life in lakes and rivers would be killed. This would affect the entire ecosystem of the earth. Imagine all of the kinds of life that would face immediate extinction in cold climates!

The chemical formula for water is H2O

This formula tells us that each molecule of water is made up of one atom of oxygen and two atoms of hydrogen. Therefore, water is considered to be a “light” molecule similar to methane (CH4), ammonia (NH3) and carbon dioxide (CO2). At normal temperatures these three example molecules are all gases as are many other similar light molecules,

But, water is a liquid. Why is this?

So as we saw earlier, if water behaved like a normal gas instead of turning liquid at normal earth temperatures, life as we know it would not exist. Water is a liquid at normal temperatures because of a phenomenon called the “hydrogen bond.” This hydrogen bond is really not much of a bond at all and has been better described as a “fleeting attraction” between water molecules as they pass each other. See the two schematic images below that illustrate the slight charge that results from the orientation of the atoms within the water molecule: 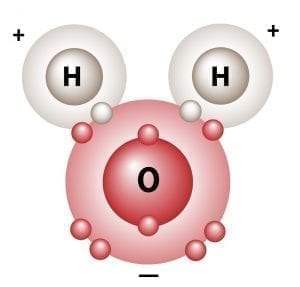 And the image below here illustrates the interaction of four water molecules as they are attracted to each other by this “fleeting” positive to negative attraction called the hydrogen bond: 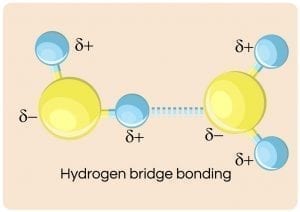 Here is how one Christian chemical engineer describes the hydrogen bond:

“Although the three atoms in a water molecule share their ten electrons, that sharing is not equal. It is like a very large person and a very thin person sharing a bed on a cold night, the larger one is likely to get more than his share of the blanket. Likewise in H2O, the oxygen atom “hogs” more than its share of electrons, giving it a slight negative charge and leaving each positively charged hydrogen nucleus partially exposed. This distribution of charge, along with water’s boomerang shape causes water to stick together and remain liquid when other light molecules would evaporate. Without hydrogen bonding, water would boil away at about 150°F below zero! This and other unique properties of water caused by hydrogen bonding allow life to exist.”*

The evolutionist would say that we are lucky that nature happened to come up with hydrogen bonding. On the other hand, the biblical creationist gives credit for hydrogen bonding in water to the Engineer of the universe.

This too, is a result of the hydrogen bond. Because of its structure, water is a powerful solvent for both polar and ionic compounds, and without this property our daily cleanup efforts in the kitchen, bathroom, and shop would be much more difficult.

Does snow have a purpose besides providing wondrous beauty for us to behold in winter time? Well, it serves to clean the atmosphere as it falls to the ground. This happens when the snow forms from water in the clouds as the water vapor condenses on tiny particles of atmospheric contaminants. Snow also acts to insulate plants from freezing in the winter and adds nitrogen to the soil that is needed by plants.

Snow is thought to have each individual snowflake formed in a unique configuration, with all flakes based on a six-pointed crystal.

Here below are a few examples of the beauty shown by actual snowflakes:

Clearly, God has designed water and snow to facilitate life here on earth. Glory be to God!

Not only have we learned through science about water with the formula H2O, but we also have been told about “living water.” For more on this living water turn in your Bible to John 4:10-14, John 7:39, and Revelation 22:17. This living water is just as important for our eternal lives as is H2O for our earthly lives! 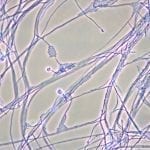