When John Gibson of FOX News (5/6/2005) asked Eugenie Scott if evolution can answer how life got started, she replied,

No. But that’s not what evolution is all about. Evolution is the inference that living things had common ancestors. The origin of life is a completely separate problem … creationists like to confuse the two, because they look at the origin of life as the soft underbelly of evolution.

Most evolutionists complain that creationists are “not being fair.” They object, “well, evolution doesn’t talk about how life got here—just how that first life evolved into everything after that!”

Then why does every textbook on evolution start the evolutionary story off with—you guessed it—the origin of life?

I’ll tell you why. It’s because not only is the origin of life definitely part of the evolutionary story—it’s actually the foundation of the evolutionary story! It’s clearly the foundation because it is clearly the first step. There is no other way to talk about it. It’s the necessary beginning of “Genesis according to Darwin.”
There is always a contradiction in evolutionary thinking because there will always be a contradiction in any incorrect thinking if you take it far enough. If having a missing first step is truly not a problem, then why is trying to find the answer to this problem such a top priority in so many of their heavily funded research programs?

It is a problem for them, and every one of them knows it. It’s a problem because there can never be any answer for it that doesn’t go directly against all of the known laws of science.

The Truth: The known laws of science forbid the evolution of life

In the first place, everybody knows that apart from miracles you just can’t get something out of nothing. Of course, the evolutionary story begins with no universe at all, and then—Big Bang—you get the whole cosmos from nothing.

Nice story, but without a miracle-making God in the works someplace you’ve got a problem. They have the same problem with the origin of life. They still expect us to look at them like they are reasonable thinkers while they are telling us that you can indeed get something out of nothing. By “nothing” here, I am talking about getting “life” from “non-life”—a scientific impossibility that was proved as such in an earlier century.

In a friendly disagreement with the vice-president of the Darwin Coalition, I pointed out to him that all evolutionists believe in “spontaneous generation.” He was immediately affronted,

“Oh yes, you do. You believe it happened at least once—don’t you?”

He didn’t know what to say to that. I had him; because what I said was exactly true according to their theory.

Spontaneous generation was the idea that living things could come from non-living things. Francesco Redi and Louis Pasteur both helped to bury that idea in the graveyard of failed scientific theories, in 1668 and in 1864 respectively.

Addressing the French Academy of Sciences, the world-renowned chemist Pasteur presented the findings of his experiments and rightly proclaimed,

Never will the doctrine of spontaneous generation recover from the mortal blow of this simple experiment. No, there is now no circumstance known in which it can be affirmed that microscopic beings came into the world without germs, without parents similar to themselves.

But this very thing is affirmed every day in thousands of science classrooms and in almost every science textbook in print today.

They do believe and affirm that “microscopic beings”—the first life on earth, at least—did indeed “come into the world” without any parents. According to the evolutionary story, non-living molecules in the ocean put themselves together into making the first “living” bacteria.

This is what evolution says. This is an evolution-story “fact.”

From that time on, biogenesis, the idea that living organisms come only from other living organisms, became a cornerstone of biology. (Biology: the Dynamics of Life, 2004 edition, McGraw-Hill, page 381)

And yet somehow, the very same book (on page 467) justifies the teaching of evolution by saying,

Clusters of organic molecules might have formed protocells that may have evolved into the first true cells.

Doesn’t this contradict “a cornerstone of biology”? Or I am just imagining things?

Check it out. In every evolution-based biology textbook, somewhere will affirm Pasteur’s triumph of science over superstition, and then elsewhere in the same book it will teach you that something totally the opposite is true—that this superstition is really a scientific fact—a tactic the book evidently thinks is okay, just as long as it is “evolution” that we are talking about.

It appears that evolution has diplomatic immunity to the laws of science! And so, it is granted immunity to any critical scrutiny.

How is that? John Beatty, evolution professor at University of British Columbia and activist in developing the “new and improved” theory of evolution (“Extended Evolutionary Synthesis” or EES – but that is another story) in a speech given at the University of Oklahoma in 2009 said this about the laws of nature:

If outcomes are chance, then maybe the laws are too. Once they say the laws evolved, we’ll realize those aren’t the laws. We might have moved beyond the laws of nature!

Does that make sense? If a creation scientist had made that statement, just think of how the evolutionists would scream and laugh at him or her! “We might have moved beyond the laws of nature,” indeed!

It Gets Worse for the Evolutionary Story

But this violation of a proven cornerstone of biology is only the beginning of sorrows for the evolutionary story of the origin of the first species.

Every experiment they’ve tried in their efforts to prove that life once came from non-life requires that the earth once had an atmosphere with no oxygen. That’s because any oxygen present would immediately destroy the “clusters of organic molecules” that would have been needed to make the first original living cells.

Everybody knows that we all need to eat vegetables and fruits because they contain chemicals called antioxidants, which remove oxidizing agents from our body systems. This is because the process of oxidation destroys biological molecules in living things. Free oxygen would destroy any proteins or nucleic acids floating loose in the ocean immediately after they’d formed.

So, they assume there was no oxygen. But wait … what else can destroy biological molecules? Ultraviolet rays. And what protects us from UV rays today? The ozone layer. And what is that made of?

It doesn’t take a PhD to see that the evolutionary story falls on its face right at the beginning. If there was any oxygen in earth’s ancient atmosphere, or even if there was not, then evolution could not possibly have even gotten started. I’d call that a problem for their theory!

Let’s pretend that non-living molecules could come together magically and pretend they could also magically be protected from both the oxygen and UV rays at once.

Now it’s time to imagine there was an ocean just full of all the biological molecules necessary for life, like amino acids, fatty acids, nucleotides, and lots of other things.

But, does all this give you “instant life?” No.

All of those things are in the average bowl of breakfast cereal—and it certainly doesn’t come to life!

The problem at this point is, how to get the amino acids to come together in just the right way to make the proteins.

Here’s a hint at how complicated the big molecules are that we’re talking about now. Just one of your cells has six billion nucleotides in the DNA—all in just the right order. And your body has over 100 trillion cells in it.

That’s a lot of stuff that has to be put together just right to make a body function! Plus, the DNA tells your cells how to make the proteins in your body, but the proteins all get together to assemble and do maintenance work—on the DNA! They need each other, to be manufactured and to be maintained.

So, which came first?! This is another problem for the evolutionary story.

Can you see how this nightmare of the origin of life just gets worse and worse for evolutionists the more you know about it?

I sure can! And so can they.

And this is just the start. Even if the first cells did “evolve” from non-life, then how did the bigger cells come about and also get organelles (things like a nucleus and chloroplasts) inside them?
And how did big cells get together—all by themselves—to make big trees and people?

So what do they do about all of these problems? They say,

Given enough time, the impossible becomes possible, the possible becomes probable, and the probable becomes virtually certain. Time itself performs the miracles. (George Wald, Nobel Prize-winning biology professor at Harvard, in “The Origin of Life,” an article in Scientific American, 8/1954, page 46) 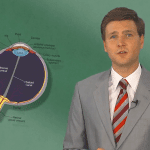