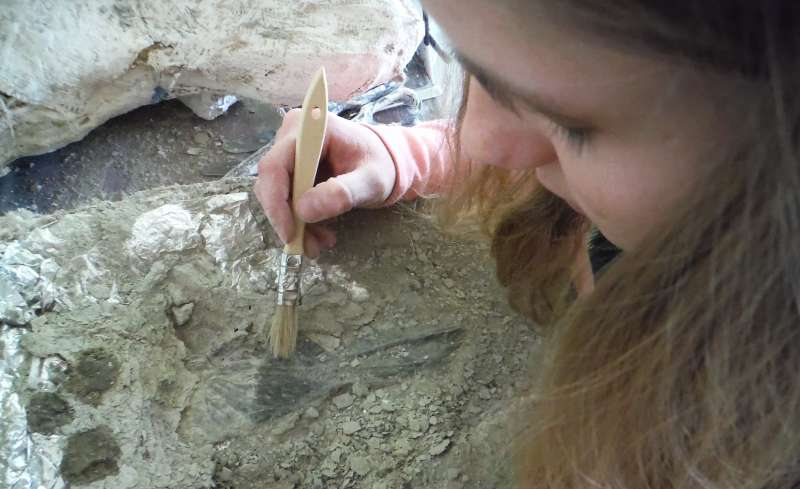 The anticipation built as I carefully chipped away at the moist, flaky rock chunk with a butter knife, knowing that after many weeks of slow progress, I had to be just centimeters away from finding a fossil.  A small piece broke loose to reveal a black piece of plant root just like the many other plant roots I had encountered in my work.   As I gently cleared away the plant debris with a small paintbrush, I realized that the black color was not going away, for some other black thing was under the root . . . or was it just another, bigger root?  As I continued to delicately pick around the suspicious black find, I came to realize that the long awaited moment had finally come – I had found the fossil!

This spring, I was blessed to get to work on a paleontological dig in western Kansas (more about the dig here), in the Niobrara geological formation.   The fossils we found there were not completely excavated on-site, but were brought back to Mt. Blanco Fossil Museum in “field jackets” with their surrounding dirt, called the matrix.   Over the past several weeks, my main job at the museum has been to dig through those field jackets in the lab to completely excavate the fossils we found.   This can be rather tedious, delicate work, and the gray shale matrix from Kansas is especially elusive because it has a tendency to break off in relatively big, unruly layers, making it precarious to work around delicate fossils.

We knew from the dig that the field jacket I have been working on lately has an especially interesting skull fossil in it, but we really didn’t know how much of it was still buried in the dirt.   With the way field jackets work, you are usually digging upside-down on the fossil you found.    The field jacket I have been working on most recently started out about 10-12 inches deep but I only found clam pieces (fossils we can learn a lot about the flood from – more on that here) and scattered fish scale fossils until about the last two inches where I uncovered an exciting fossil.  We are fairly certain that this fossil is part of a Mosasaur skull.

A Mosasaur is a type of aquatic reptile – it’s a sea dragon like “Leviathan” in Job 41.  This is a big problem for evolutionists who want to say that these Mosasaurs lived about 80 million years ago in the late Cretaceous “time period”.  Mosasaurs, other sea dragons, and dinosaurs are not “pre-historic” creatures because we do have historical accounts of “dragons” (our word “dinosaur” was not invented until 1841) from ancient cultures all over the world.   Mosasaurs and other fossilized creatures do not prove or in any way support evolution; they do not justify the faulty theories of man, but instead bring glory to their Creator.  Just as Job humbled himself before the LORD after hearing the description of Leviathan, we too, should worship our Creator when we think of a Mosasaur.

“Then Job answered the LORD , and said, I know that Thou canst do every thing, and that no thought can be withholden from Thee. Who is he that hideth counsel without knowledge?  Therefore have I uttered that I understood not; things too wonderful for me, which I knew not.” ~ Job 42:1-3 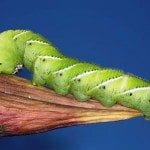 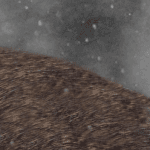